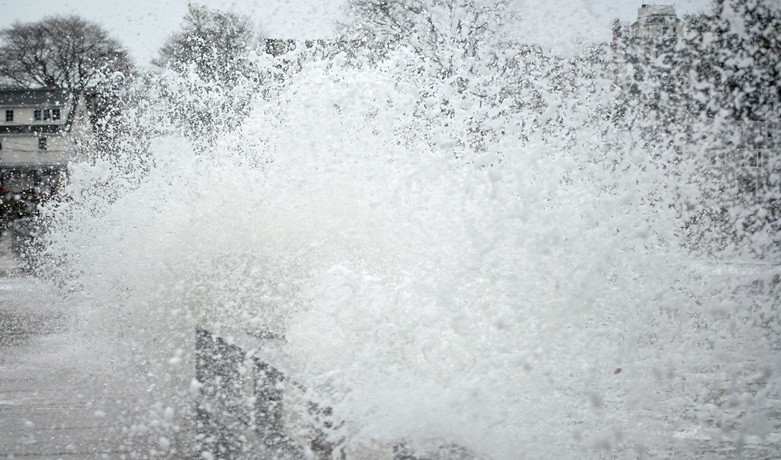 Why Did Wireless Networks Fail After Hurricane Sandy?

After Hurricane Sandy tore through the country, thousands of people were left without access to communications networks — right when they needed them most.

Wireless phones and phones that run over an Internet connection were especially unreliable and unavailable after the storm. People were forced to turn to other modes of communication. New Yorkers roamed the streets searching for payphones, and others along the East Coast relied on another rapidly disappearing technology: plain old telephones that plug into a wall, and that have their own separate power supply – meaning they don’t stop working just because the power goes out.

The communications blackout was so severe that Rep. Henry Waxman and other Democrats on the Energy and Commerce Committee are asking for a hearing on post-Sandy communications services. In a letter sent Monday to their GOP counterparts on that committee, the Democrats asked for a “hearing on the impact of the storm and the reliability of communications services,” noting that this is important “because scientists predict huge storms like Sandy will become more common as a result of unchecked climate change.”

Meanwhile, Sen. Charles Schumer has called on the Federal Communications Commission to “take the lead in developing a nationwide plan to ensure that cell towers don’t lose power for days or weeks in the wake of severe storms, terrorist attacks or other events that cause power failures.”

While FCC Chairman Julius Genachowski said he would consider Schumer’s proposal, he also claimed that Sandy exposed “new challenges” in the nation’s communications infrastructure. But these challenges aren’t new. The real problem — which Genachowski won’t acknowledge — is the FCC’s failure to ensure that providers are prepared for disasters like Sandy.

Indeed, some people — like communications law expert and former Obama administration official Susan Crawford — say that mobile networks failed thanks to a decade of deregulation. Wireless providers are not held to the kinds of standards that would have enabled them to be ready for a disaster like Sandy. Unlike wired phone companies, wireless providers follow voluntary, industry-driven emergency-preparedness policies. And unlike public utility companies, these providers do not have to give state or federal regulatory agencies detailed emergency plans.

Then there’s the technology itself. Unlike traditional phone systems that are built to withstand natural disasters because they have an independent power supply, cell towers are vulnerable to strong winds and link directly to the electric grid — meaning that when the power goes out, the network goes out. Same thing for home broadband connections that depend on the general power grid, and go down when it does. Most cell towers are equipped with backup generators, but these generators are not required to run a standard amount of time during power outages. This lack of preparation came to a head when Sandy struck.

As cellphones replace wireline phones, they become essential public safety devices. Some cellphone subscribers got emergency messages pushed directly to their phones the night before the superstorm hit. New York City officials made use of a federal program called PLAN, or Personal Localized Alerting Network, to help alert people in Sandy’s path.

But these emergency notifications meant little once cell service failed. Last week, AT&T announced that in three years, it wants basically to drop its existing telephone service in favor of an approach based almost entirely on broadband and wireless connections. But unless AT&T and others are required to ensure service resiliency when severe weather strikes or other challenges arise, customers will still be in the digital dark with nowhere to turn when the network goes down.

Technology is developing at a blistering pace, but our regulations are not keeping up. The FCC is responsible for making sure that our communications system works. The technology underpinning these networks is changing, but today's wireless and broadband connections are just as vital as traditional telephone connections always have been. It’s time for the FCC to start treating them that way.

We must make sure that the same principles that kept traditional phone service reliable extend to cable, DSL and wireless. This would include minimum standards for cell towers and broadband networks, and a requirement mandating that AT&T and other telecoms serve rural and low-income areas. Short of that we’ll have to continue hunting for payphones when hurricanes hit.