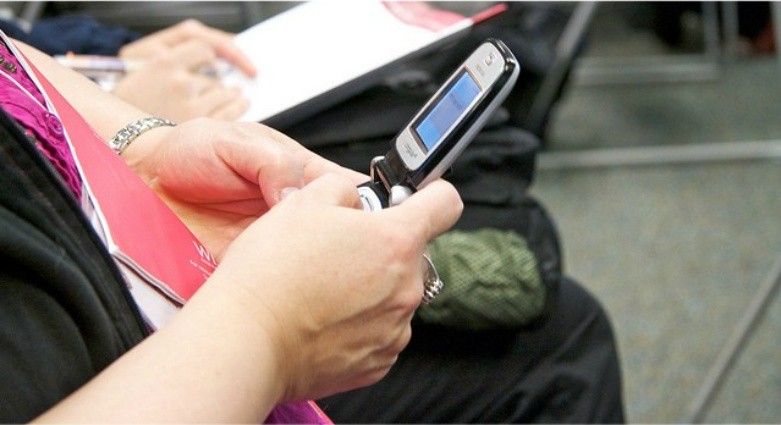 Too many members of Congress blame the poor for the country’s economic woes. It’s a way to score political points, especially when the poor are often synonymous with people of color.

This is the motivation for much of the criticism of the government’s Lifeline program, which subsidizes phone service for 15 million poor people, including the elderly and people living in rural areas.

Many conservative critics want to eliminate the program’s funding for wireless services. A Republican-led House bill, co-sponsored by more than 40 congressional members, would do just that. The bill's supporters claim Lifeline is fraught with waste and abuse, and last Thursday the House Subcommittee on Communications and Technology held a hearing on the program.

At the heart of the criticism lies a false claim that the program provides poor households with free cellphones — aka, “Obama phones.” The image of that poor family, for many, is that of a poor black family.

This narrative gained greater traction last year after a video of an African-American woman praising the president for providing poor people of color with a free “Obama phone” went viral.

But what detractors often fail to mention is that some wireless companies that participate in the program have given away free cellphones to attract more customers. The government isn’t giving away the phones. Critics also neglect to mention that more oversight is needed to prevent carriers from abusing the program — for instance, by accepting excessive funds even when they aren't providing communication services to all qualified recipients.

But lawmakers and critics would rather use the image of poor people gaming the system as a way to demonize any kind of public assistance program. This image, unfortunately, has broad political appeal.

“It is a free phone to some people that’s paid for by other people, and those other people [who] are paying for that service, when they see the fraud and abuse and waste in this program, get incredibly angry,” Rep. Steve Scalise said during Thursday’s hearing.

Rep. Marsha Blackburn even speculated at the hearing that one of the terrorists behind the Boston bombing might have received an “Obama phone” since he was reportedly once on welfare.

Like other federal programs, the $2.2 billion Lifeline program isn’t immune to abuses. Created during the Reagan administration, Lifeline was expanded under President George W. Bush to subsidize wireless services. The Lifeline fund’s expenditures have since grown.

Unfortunately, lawmakers would rather scapegoat the poor than make Lifeline more efficient or address our nation’s broken wireless policy.

That policy has led to the AT&T-Verizon duopoly, which in turn has resulted in high monthly bills and diminishing numbers of affordable providers.

Both AT&T and Verizon pay next to nothing in federal income taxes even though they’re raking in enormous — even record-breaking — profits. But not many members of Congress are willing to tackle that issue. It’s more politically expedient to go after a program like Lifeline — a program that has enabled millions of people to remain connected to society.

People like the ones Jessica Gonzalez, the vice president of the National Hispanic Media Coalition, described in her testimony before the committee: the disabled mother caring for a child with Down syndrome; the dying man who uses Lifeline to stay connected to his 88-year old mother.

And people like Jessica Gonzalez herself, who subscribed to Lifeline after she was laid off from her teaching job. “The media isn’t telling my story,” Gonzalez said last Thursday, “because it isn’t sensational. I used Lifeline to enhance my education and today I am a successful attorney. ...

“I realize that the voices of folks like me are going unheard, to the detriment of this very important service that is bettering peoples’ lives.”