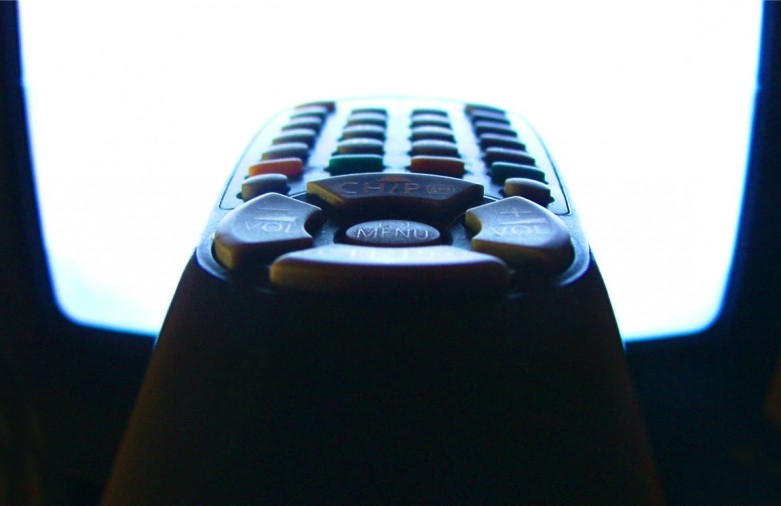 The Very Model of the Modern Messy Video Market

While I’ve spent a fair amount of my adult life critiquing the media, I am in fact a pretty big fan of television.

This means that I can quote lines verbatim from Tom Haverford and Leslie Knope, and still watch Saturday Night Live on a regular basis (goodbye, Fred and Bill).

Television is often dismissed as frivolous, but it remains an immensely powerful and pervasive medium. And while there is plenty of worthy criticism to lob at the 24-hour cable news networks, you can bet that they were the first place I turned to during the insane week following the Boston Marathon bombings.

But let’s face it: Things have changed. We don’t have “television” in the traditional sense anymore. It’s been replaced by a complex mess of over-the-air broadcasters (think: ABC, CBS, NBC), multichannel video distributors (cable companies like Comcast, satellite companies like DISH, and telephone video services like Verizon FIOS), and online distributors like Hulu and Netflix. This web of companies make up what we call the modern video market, which has displaced “television” as we knew it.

And the modern video market is a mess.

It’s a mess in which powerful lobbyists are working to gouge consumers and destroy the open Internet. It’s a mess in which outdated and harmful regulatory structures benefit only the companies raking in the dough. It’s a mess that’s hindering our national goal of ensuring that every household in the United States has broadband Internet access. And if policymakers don’t step up and do something about it, things will only get worse.

The Illusion of Choice

Bruce said 57, Time said 500, but all conclusions were the same: We have plenty of channels — and nothing on.

And the author of Free Press’ new report on the broken video market, S. Derek Turner, says a more apt description “would be 500 channels on and no one watching.”

Right now, cable subscribers are forced to buy hundreds of channels in a cable “bundle” to get the few channels they actually want. In 1995, Turner writes, the average cable-subscribing household received 41 channels, but tuned into only 11 of them. In 2008, they received 130 … and watched only 18.

In other words, most people don’t want to watch the majority of the channels they’re forced to pay for. As a result they’re starting to cut the cord: The number of cable subscribers peaked in 2009 and has declined slightly ever since.

Prices, meanwhile, have continued to soar. Since 2008, when the recession began, cable bills have increased at more than three times the rate of inflation.

While it would be easy to conclude that the decrease in subscription rates is leading to higher prices, don’t be fooled: Cable companies’ profit margins are only getting fatter. While the rest of the economy suffered, multichannel distributors say their video revenues increased by 27 percent.

We should be in a golden era for television. Production costs have gone down with technology making high-end equipment more affordable. Distribution opportunities abound with the Internet. With all of these changes, new entrants to the video market should be commonplace. But they’re not.

There’s a reason for this. Everyone in this chain is paying more for more of what they don’t want. Just as we as consumers have to pay for channels we aren’t interested in, multichannel distributors have to pay programmers for the channels no one is watching.

This bundling is common practice. And when all these channels that no one is watching take up valuable space on the dial, others are crowded out. Cable systems are operating at capacity, and when programmers like Disney and Viacom force cable companies to carry dozens of their unpopular channels alongside the must-haves, there’s no space left for independent channels — making it near impossible for new entrants to break onto the scene.

Dear FCC: Take the Power Back

The good news is that with every mess, there’s always a way to clean it up. And it starts, Turner writes, with the free and open Internet — and its potential to bring some much-needed competition to the video market.

But thanks to the Federal Communications Commission’s decision to essentially abandon all authority over the Internet, there are no guarantees that it will remain an open and neutral platform. From the Free Press report:

When the owners of the physical infrastructure can prevent anyone else from being a distributor, that’s a problem. When that same owner also owns the content that new video distributors would need to compete, we have an even worse problem on our hands.

Now there’s hope on the congressional horizon, thanks to Sen. John McCain’s recent introduction of the Television Consumer Freedom Act. This legislation wouldn’t prohibit cable companies from bundling channels — but it would provide incentives for them to offer an a la carte option, one that would give people more control over what they buy and watch.

The FCC needs to assert regulatory authority over the Internet and stop caving to industry lobbyists. And Congress could make real improvements for consumers by taking action. The mess of the modern video market won’t be cleared up overnight, but policy needs to catch up with technology.