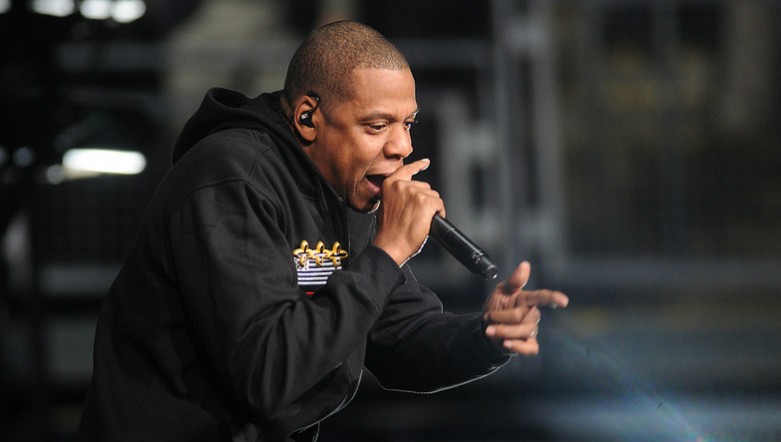 Love him or loathe him, you can’t knock Jay-Z’s hustle.

The rapper turned mogul has stepped up his business game considerably over the past several years, first by owning (and then selling) his stake in his hometown Brooklyn Nets, then starting his own sports agency, and finally this week announcing a new deal with Android that could permanently alter the mobile music market.

Jay-Z is teaming up with Samsung to release his new album, Magna Carta Holy Grail, on July 4. The new release will be free for the first 1 million Android users who download an app for the album. It’s a unique partnership and the first of its kind. TechHive points out that for Samsung, “it’s a chance to be associated with one of the coolest cats in pop culture and to showcase the company’s ability to compete with iTunes radio.

But there’s obviously a big upside for Jay-Z, too. Mostly, the new Android deal shows what makes him a really savvy businessman: He knows his market. And that market just so happens to be the millions of young people of color who are adopting smartphones at astonishingly high rates. It’s a market in which Google has long reigned supreme, and the fruits are finally showing.

Back in 2010, the Pew Internet & American Life Project did a comprehensive study of exactly who owns which kinds of cellphones. Three years later, those numbers may seem a bit dated considering how quickly the industry changes, but the overall takeaways are still the same. Here’s more from Pew’s more recent data from this year:

Android and iPhone owners are equally common within the cell owner population as a whole, although this ratio differs across various demographic groups. Cellphone owners from a wide range of educational and household income groupings have similar levels of Android adoption, but those from the upper end of the income and education spectrum are much more likely than those with lower income and educational levels to say they own an iPhone. Indeed, fully half — 49 percent — of cell owners with a household income of $150,000 or more say their phone is an iPhone. And African-American cell owners are more likely than whites or Latinos to say that their phone is an Android device as opposed to an iPhone.

But while people are adopting smartphones at faster rates than ever, the market for them is, like Jay-Z pointed out, the Wild, Wild West: unregulated and often predatory. Here’s a snippet of reporting I did on this a couple of years ago:

Mobile wireless is quickly taking shape as a second Internet, one in which people of color and users with little income are entirely dependent upon cellphone companies for access. That Internet is unregulated. Companies are free to do as they please with customers — they can control what users see, do and say online. And as the country grows more dependent on high-speed Internet, the handful of companies who own its mobile version are steadily working to consolidate their power. Whether and how policymakers allow that to happen may determine who gets a voice in our 21st-century economy, and who’s left as its prey.

Jamilah King is the news editor at Colorlines.com.