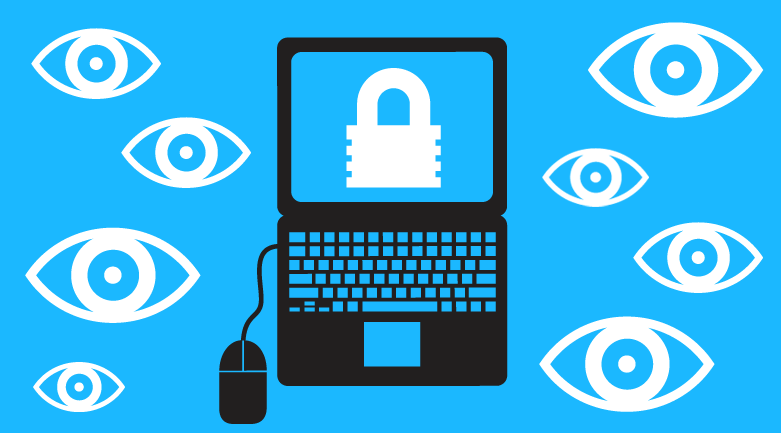 Why the Spying Scandal Is a Serious Racial Justice Issue

Given the massive investment in national security after 9/11, recent news that the federal government is spying on hundreds of millions of people in the United States and around the world may not have come as a surprise. Polls suggest that a majority of Americans are shrugging their shoulders at the revelations of a government espionage effort against them.

But an uncomfortable reality of the once-secret scheme is the degree to which people of color are disproportionately caught up in the government’s dragnet. That’s because the routine, legal activities of blacks, Latinos and immigrants make them targets for monitoring in a way not true for whites.

For the over 40 million foreign-born immigrants living in America (96 percent of whom are people of color), the basic act of keeping in contact with friends and family abroad is all that’s required to be sucked into the Obama administration’s electronic dragnet. Disturbingly, the fact that much of this historically broad snooping program is conducted by private companies with dubious oversight makes it that much harder for communities of color to figure out exactly what’s going on and how to curb any potential abuses.

Let’s review the key details of what’s known about these clandestine projects.

America’s intelligence services — particularly the National Security Agency, or NSA — are collecting an almost unfathomable amount of information on the phone calls, spending habits, and Internet activities of countless people in the U.S. and around the world. William Binney, a former NSA employee, estimates that the agency has collected over 20 trillion individual pieces of information on millions of people, American citizens and foreigners alike.

The sheer scale of these activities was revealed by 29-year-old Edward Snowden, another former NSA employee himself, in documents released to London’s Guardian newspaper and the Washington Post. Snowden said that he was doing so to uncover an “architecture of oppression” at the heart of the U.S. government.

The efforts that Snowden exposed include the scooping up of records on the more than 3 billion daily phone calls made through carriers such as Verizon, AT&T, Sprint, T-Mobile and Bell South. The Wall Street Journal reported that major credit card companies, such as Visa and MasterCard, are also turning over huge swaths of information on the purchases that individuals make.

But particularly troubling for people of color is the program called PRISM. With PRISM, the NSA works with leading Internet companies to transfer sweeping amounts of user information to the government whenever it wants. Of particular interest are social media sites and sites with social media features.

Data on videos uploaded to YouTube, phone calls made through Skype, IM messages sent through AOL, data saved on Apple’s iCloud, emails sent through Microsoft’s Hotmail and Google searches must be given up by these companies when the NSA asks for it. The only major Internet company to resist participation is Twitter, according to the New York Times.

We know that social media sites are used more on a proportional basis by people of color than anyone else. According to the Pew Research Center, blacks and Latinos in particular use social media more frequently than any other group.

That’s not just driven by culture, but economics. The cost advantage, speed and reliability of social media sites — combined with their constant access and ease of use on mobile devices — have helped close the modern digital divide. Whites are still far more likely to have telephone landlines and broadband Internet access than blacks and Latinos. People of color have closed this gap by using smartphones aggressively to access the Web. Black Americans are 20 percent more likely to have a smartphone than whites and Latinos are 10 percent more likely. And we’re eagerly engaging the growing communications economy that spawns from those devices.

For immigrant communities, that engagement can be an important part of economic life — for finding jobs, connecting to global networks for both business and support, sending over $120 billion a year to relatives abroad. Those annual remittances show just how connected individuals remain to the communities they’ve left behind.

Perhaps even more important is the fact that ties sustained through social media and Web-based communications are vital to maintaining the mental health of people of color in a country where racial discrimination remains a major obstacle. To put a fine point on it, people of color are using social media to ease larger economic, social and emotional challenges of their lives in America. Ironically, their attempt to do so puts them at unique risk for greater government intrusiveness and scrutiny.

But President Obama says that these groups need not worry about PRISM. He claims that those inside the U.S. aren’t targeted by the program. Snowden disputes that. “I had the authority to wiretap anyone” including “the president of the United States,” he says.

Even taken at his word, Obama’s assertions are little comfort. It all boils down to the fact that the only major legal limitation on the NSA is that it’s banned from eavesdropping on communications between U.S. residents inside the nation’s borders. Communications between those outside the U.S. and people inside the country are fair game.

The Trouble With Going ‘Meta’

PRISM’s potential impact on people of color, particularly immigrants, underscores the problem with so-called “metadata” initiatives. Their core defect is that they need to be massive and intrusive to work. Metadata is not concerned with just one individual, but rather with networks of individuals and their corresponding actions. Without mind-boggling amounts of information, metadata initiatives just can’t reveal what the nation’s security services want them to show.

This explains why constitutional rights organizations, like the American Civil Liberties Union, are so worried about these secret metadata efforts. They worry that the very nature of these programs is to be the constant, boundless, Orwellian domestic monitoring system that many have feared for decades.

Adding to the difficulty of these initiatives is that many lie in private hands. Spying on Americans is big business in the wake of 9/11. Having granted itself expanded powers to gather intelligence after the terrorists attacks, the U.S. government found itself short on the arms and legs required to cover new ground. To fill the gap, it turned to corporations.

According to the Washington Post’s Dana Priest and William Arkin, there are over 4,000 companies in the Washington, D.C., area alone that profit from spying on Americans, 250 of them located in just one “top secret” cluster. As Priest and Arkin write, this cluster “is the largest of a dozen such clusters across the United States that are the nerve centers of Top Secret America” and its 1.1 million workers.

The challenge with such a sprawling, decentralized surveillance apparatus is that there’s no way to know precisely what it’s up to. Though the Obama administration claims that it has the legal authority under the Patriot Act to enact these programs, there’s no way to test this claim against the reality of what’s actually happening. Why? Because the vast array of data collection was and remains ultra-secret and off the books.

Therefore Obama’s recent call for a “debate” on these programs and their “trade-offs” in liberty seems a tad late. Given the way in which people of color have been targets of expanded police power in the past, historically marginalized communities need the conversation to take place with particular urgency. As a result of Edward Snowden, they might just get it.

Imara Jones is the economic justice contributor to Colorlines.com.