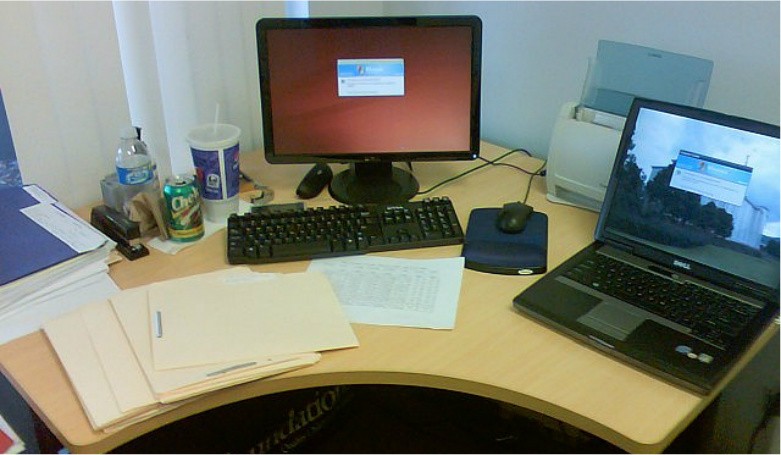 When Mariana Cole-Rivera posted a question on Facebook about her workplace, she got fired.

Four colleagues at Hispanics United of Buffalo who had responded to her post were also dismissed.

Federal law protects employees’ rights to discuss workplace issues — even when those discussions are critical of an employer. In recent years, the National Labor Relations Board (NLRB) has made several rulings to ensure federal law also protects discussions that take place online.

Last year, the NLRB ruled that the online free speech rights of Cole-Rivera and her colleagues were violated.

And if you care about Internet freedom, you should care about what’s happening at the NLRB.

The NLRB was founded in 1935 to enforce our nation’s labor laws. The agency’s five-member board is appointed by the president and confirmed by the Senate. But Senate Republicans filibustered several of President Obama’s nominations during his first term.

In 2012, Obama made three recess appointments to the NLRB that allowed the agency to have a quorum, but a federal court ruled earlier this year that those appointments were unlawful because the Senate was still technically in session when they were made. The administration objected and challenged the ruling.

Last month, the Supreme Court agreed to hear the case, which could have major legal ramifications on recent NLRB rulings and presidential-recess appointments.

Meanwhile, the Senate has still neglected to vote on Obama’s five pending nominations — of three Democrats and two Republicans — to the NLRB. If no one is confirmed by late August, the agency will lack the quorum necessary to take any actions.

This scenario could have a chilling effect on employees’ rights, including their freedom to speak freely online about workplace issues. And if corporations and other private employers know the NLRB can’t act, it may embolden them to clamp down harder on workers’ rights.

This is especially troubling since the NLRB general counsel has said the agency has witnessed a “strong uptick” in the number of social media cases it has dealt with in recent years. There have been more than 100 since 2010.

Last year, for instance, the NLRB issued a report that found companies like General Motors and Target either violated, or partially violated, labor laws by trying to control their employees’ social media activities. It was the third report the agency has released that provided guidance on how employers should craft lawful social media policies.

To ensure the NLRB has the quorum it needs to protect workers’ rights online and off, the Communications Workers of America is spearheading a campaign — “Give Us 5” — that pushes the Senate to schedule a vote on the president’s pending nominees.

If the Senate fails to ensure the NLRB remains a functioning agency, it may no longer be safe for workers to gather at water coolers on site or online to discuss workplace issues.

You can help workers everywhere by taking action now.