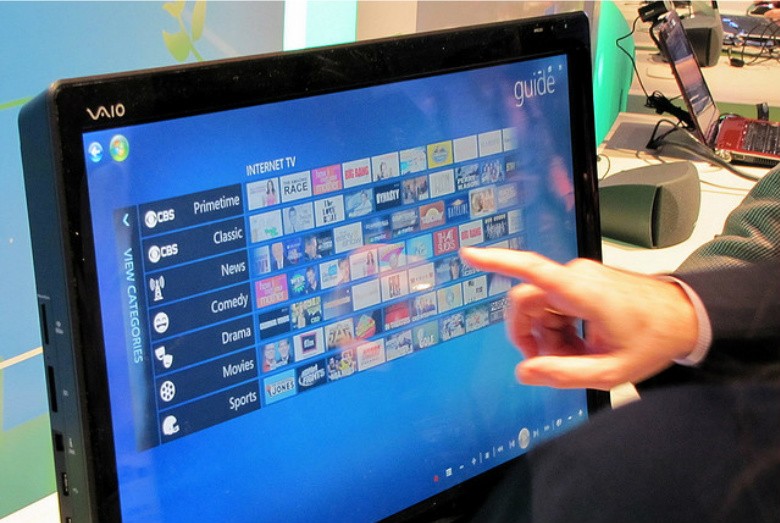 As CBS and Time Warner Cable remain locked in a battle over retransmission fees, you have to wonder when their millions of viewers will throw in the towel and abandon cable altogether.

This latest dispute is nothing new. Media giants often grapple over retransmission fees, which cable companies pay to broadcasters for the right to include their channels in their lineup.

News Corp and Time Warner Cable were in a standoff over fees in 2009. In 2011, News Corp and DirecTV engaged in a similar dispute.

Retransmission fees have increased more than 13-fold over the past seven years, from $215 million in 2006 to an estimated $3 billion by the end of 2013, according to SNL Kagan. The money has given a boost to the broadcast and production companies on the dial, but cable companies don’t want to foot the bill. They solve this problem by passing these fees on to their subscribers.

And there’s the rub. Until recently viewers were willing to pay skyrocketing rates for a medium that once delivered video content for free, over the air, into millions of homes.

But public attitudes are shifting, and a time may come when the cable industry can no longer expect viewers to pay, in some cases, hundreds of dollars a month to prop up this predatory business model.

Media analysts at Stifel Equity Research recently warned that this may happen sooner than expected. Citing several recent indicators, they wrote an alert in early August that noted “the tipping point for the pay-TV industry is upon us.”

While revenues grew 11 percent for traditional wired cable providers from 2007–2011, the number of cable subscribers shrank by 11 percent. Moffett Research reported that America’s pay-TV industry lost an additional 316,000 customers between June 2012 and June 2013.

Fewer cable viewers were left paying more. But there’s a growing population, estimated to number in the millions, of “cord cutters,” people who abandoned cable to watch television via over-the-air broadcasts, a high-speed Internet connection or a combination of the two.

Nielsen estimates from the second half of 2012 find that Americans are spending more time in front of screens. But we’re watching less live television. This is especially true of people in the advertiser-coveted 18-to-34-year-old demographic, for whom traditional TV watching accounts for less than 60 percent of total daily screen time.

Cable execs see the writing on the wall. Last week, Charter CEO Tom Rutledge told investors that over time TV will become an on-demand product, delivered at the viewers’ convenience in the manner of online video.

Meanwhile, Cablevision CEO James Dolan told the Wall Street Journal that “over the long term … the whole video product is eventually going to go to the Internet.”

If cable subscribers opt to vote with their feet, there are other options as well.

Startups like Aereo have begun to offer more limited Web-based TV services at a fraction ($8 a month for local stations) of the cost users pay for large cable bundles. And YouTube has continued to refine its online video offerings; it airs live sporting events and concerts, approximating the look and feel of live TV.

Combine these with services from Netflix and Hulu and you’re well on your way to a life without cable. (Those unable to make a clean break from cable have an option, too. Sens. John McCain and Richard Blumenthal are co-sponsoring the Television Consumer Freedom Act, which ensures consumers are offered more flexible bundled-channel packages alongside an a la carte option that allows them to pay for cable channels individually.)

“We don’t need the cable distributor as a monopoly conduit to get our TV content anymore,” says Free Press Research Director Derek Turner.

Turner says the cable industry relies on a model that hides prices and forces consumers to pay for dozens of channels they’ll never watch. “Consumers are starting to figure this out in larger numbers.”

In principle, Internet-based TV should give us greater say over what we watch, when we watch it and how much we pay. It’s a shift that’s already happened in the music business.

But before the cable business model goes the way of Polygram Records, cord-cutting consumers will need an Internet connection capable of delivering a high-definition stream without jumps, freezes or jitters.

For Turner, the answer lies in what he calls “big open pipes” — a shift to Internet television as the medium of choice for all Americans.

Having an affordable, high-speed connection “would make the video market work more like an actual free market, one where consumers are sovereign and innovation is unshackled from an anachronistic and rigid market structure,” he wrote in a recent Free Press report.

Making those pipes available to all, and keeping them free of blocking and gatekeepers, is one of the central challenges standing between U.S. viewers and the future of television.

The Federal Communications Commission and Congress will face a number of key decisions in the year ahead, including whether to grant the FCC the authority to act as a consumer watchdog in the digital age.

In many cases, freeing the online marketplace requires policies that prevent powerful broadband companies like AT&T, Comcast and Verizon from exerting mafioso-like control over the content that flows across the network.

“What worries me most is that the pay-TV problem will become a broadband problem,” says Turner, who’s concerned that these same companies will impose limits on Internet access so they can continue to rake customers over the coals.

“It’s classic protecting-the-monopoly behavior,” says Turner. “That’s why we need public policy interventions to help what is naturally happening in the marketplace occur much, much faster.”