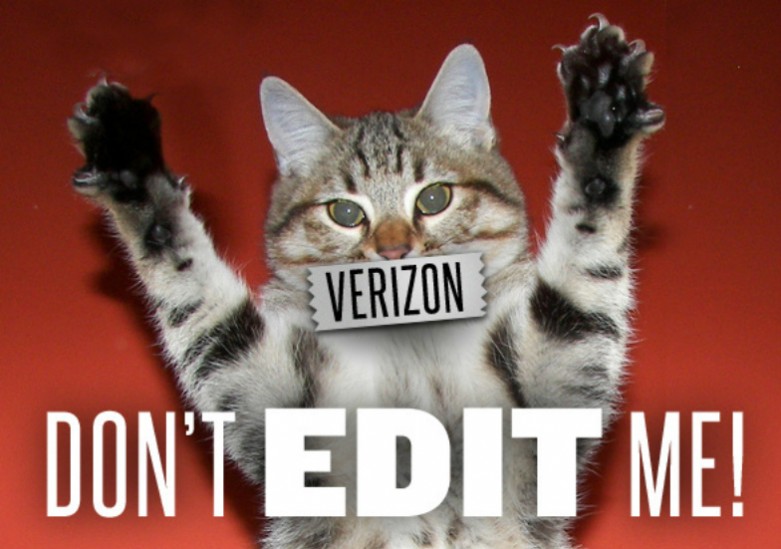 Legal Gymnastics Ensue in Oral Arguments for Verizon vs. FCC

On Monday, in a packed courtroom at the D.C. Circuit Court of Appeals, lawyers for Verizon and the Federal Communications Commission faced rapid-fire questioning from the three judges who will decide whether the FCC’s Open Internet Order stands.

Verizon wants to overturn these Net Neutrality protections so that broadband providers can start charging companies like Facebook, Google and Netflix to reach customers.

Today Internet users pay Verizon or another company like it for a connection that lets them get online, but once they’re on, people can visit any site they choose. And the website owner doesn’t have to pay extra just to reach those customers.

Verizon wants to change that structure by setting up tolls in both directions — blocking certain websites or charging them for priority access to Web users — and by serving as a self-appointed editor for all Internet content.

The main question at issue in Verizon vs. FCC is whether the FCC has the authority to adopt rules that govern broadband services and prevent this kind of behavior. Under the law, the FCC has clear and broad authority over “telecommunications services” that serve as a conduit for the information we send and receive from each other.

But the agency has given away much of that authority over the past decade by refusing to treat broadband as a telecommunications service, and by failing to acknowledge the pure transmission role that broadband networks serve.

Telecommunications services are governed by “common carrier” principles that say the pipes carrying our communications should be open and affordable for everyone. But in a series of misguided compromises and missteps beginning in the early 2000s, the FCC refused to apply these principles to broadband.

The judges seemed to accept the idea that the FCC might have some authority over broadband. But they appeared more skeptical about whether the FCC could use that authority to craft Net Neutrality rules. The court specifically took issue with the Open Internet Order’s “no unreasonable discrimination” provision, which prohibits Internet service providers from entering into “pay-for-priority” arrangements with content providers.

The FCC had to resort to legal gymnastics in response to the judges’ questioning. The agency attempted to justify the rules while also suggesting that they may not provide all of the protections we need to preserve the Internet as an open communications platform.

In other words, the FCC all but admitted that network operators like Verizon might be able to charge Internet companies for preferential access, creating faster lanes for the companies that can afford to pay the tolls. Why would the FCC concede this point? Because the agency didn’t want to argue that it had issued a common carrier-like rule for a service that it had previously classified as non-common carrier.

So where do we go from here? As Free Press has explained all along, the FCC made a mistake when it decided more than a decade ago that broadband transmission services are not subject to common carrier principles. The FCC has painted itself into a corner by limiting its authority to preserve the open Internet.

The FCC needs to restore its authority to ensure that network providers can’t block or discriminate against any online content. Otherwise, we run the risk of the Internet going the way of cable — where the providers determine what content we see, charge us different prices based on what content we get, and extract tolls from Internet companies for delivering that content to users.

Click here to listen to the oral arguments in Verizon vs. FCC.