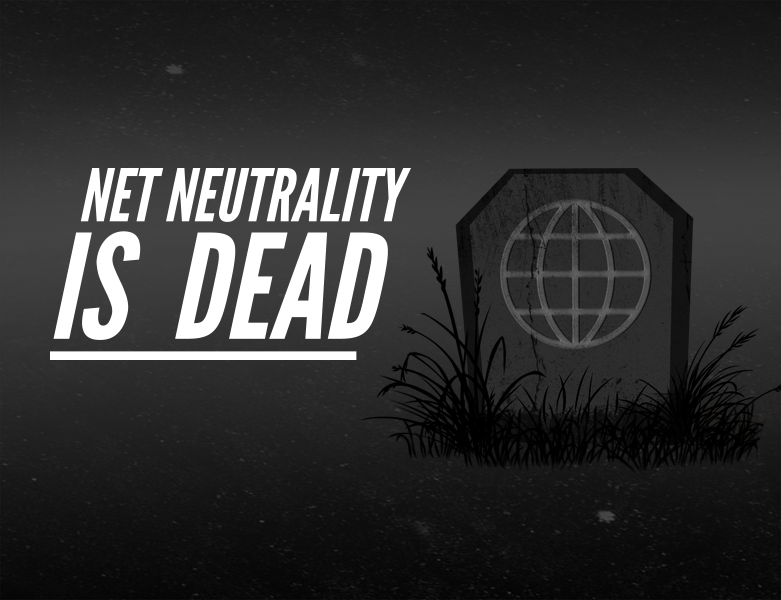 Decoding Net Neutrality: A User-Friendly Explanation of Verizon v. FCC and Its Impact on Latinos

Last week, a federal appeals court gutted a large portion of the Federal Communications Commission’s Net Neutrality rules. This blog post will explain what the Net Neutrality rules accomplished, and what the court decision means for those of us who care about the well-being of Latinos and other people of color.

After five years of advocating for Net Neutrality, I realize that many people have never heard of the concept. Even among folks who are familiar with the term, there is quite a bit of confusion about the details. Really the concept is quite simple, though it does require a basic understanding of how the Internet works. So here goes.

We as consumers pay broadband Internet providers like Comcast, Time Warner Cable, AT&T and Verizon to provide us with connections to the Internet. Most of us have only one or two choices when it comes to home broadband Internet service providers. And usually these Internet connections are very expensive. In fact, broadband in the U.S. is exponentially more expensive (and slower) than in many other countries around the globe.

The FCC’s Net Neutrality rules accomplished three critical goals. First, they ensured that once we had paid the hefty price for our connections, our broadband providers could not block our access to any lawful edge providers.

Third, the rules required our broadband providers to disclose how they manage online traffic.

Let’s explore the implications of the first two rules.

Monica immigrated to the U.S. when she was 10 years old. Many of her family members remain in Mexico. She communicates with them through Skype, an online application, or edge provider. Under the Net Neutrality rules, her broadband provider, which happens to be Verizon, could not block Skype. Today, no law prevents Verizon from doing so. Verizon — which also provides Monica’s telephone service — has an economic incentive to shut down competing services.

Eduardo owns his own mom-and-pop business, which sells and rents tools and other construction equipment. Under Net Neutrality rules, broadband providers were not allowed to cut a deal with Home Depot so that Home Depot’s site would load faster than Eduardo’s.

Vanessa writes love letters to her biracial, bi-ethnic children on her blog, DeSuMama.com. She is an alternative voice to the U.S. mainstream media, which historically has largely ignored the positive contributions of people of color. Under Net Neutrality rules, we can access Vanessa’s blog just as quickly as we can access mainstream-media sites.

Without Net Neutrality, broadband providers can increase their bottom lines by acting as gatekeepers, relegating Eduardo and Vanessa’s websites to a slow lane. Indeed, Verizon admitted that it would be exploring these types of arrangements absent Net Neutrality rules.

The Court’s Decision and the Path Forward

In Verizon v. FCC, the D.C. Circuit Court of Appeals struck down the Net Neutrality rules that prohibited blocking and discrimination. This means that today our broadband providers may block our access to edge providers and pick winners and losers on the Internet. This is a disastrous situation for anyone who conducts business, learns, distributes or consumes content or applications on the Internet.

On a positive note, the court’s decision provides a roadmap for the FCC chairman to preserve equality on the Internet. It states that Internet regulation “comfortably falls within the [FCC’s] jurisdiction” (page 7). It also states that the FCC “convincingly detailed how broadband providers’ position in the market gives them the economic power to restrict edge-provider traffic,” (page 38), and finds that the FCC “established that the threat that broadband providers would utilize their gatekeeper ability to restrict edge-provider traffic is not, as the [FCC] put it, ‘merely hypothetical’” (page 42).

The court’s decision to gut Net Neutrality rules is based entirely on a legal technicality that the FCC could easily fix. You see, when it issued the rules in 2010, the FCC performed a sort of legal gymnastics to establish its authority. As the decision indicates, the FCC could have asserted its authority in a cleaner way by reclassifying broadband providers as “common carriers,” which fall easily within the FCC’s purview under Title II of the Communications Act.

The positive impacts of this “reclassification” would reach far beyond Net Neutrality. It would vest the FCC with clear authority to close the digital divide by enacting policies to connect the 100 million mostly brown and black Americans who currently do not have home broadband.

The main goal of broadband providers, like all large American corporations, is to maximize profit. In this pursuit, many broadband providers have dropped millions of dollars into spinning the facts on this issue to regulators, elected officials and nonprofit organizations. I know, because I have been the target of this spin machine on more than one occasion. Here are a few quick facts to help clear up some confusion:

If you are anything like me, you enjoy instant access to Facebook, Netflix and YouTube, but you also use the Internet to find the very best deals and to hear from alternative media outlets. If you work for a nonprofit organization, the Internet is your best mechanism to lift up your message and organize people around your social justice initiatives. If you are a blogger, you earn a living and tell your story online. If you are a small business owner, the Internet allows people to find your goods or services online. If you are a creative person, you can showcase your content online.

The end of Net Neutrality jeopardizes our ability to do all of these things. Please join me in calling on the FCC to ensure Internet equality today.