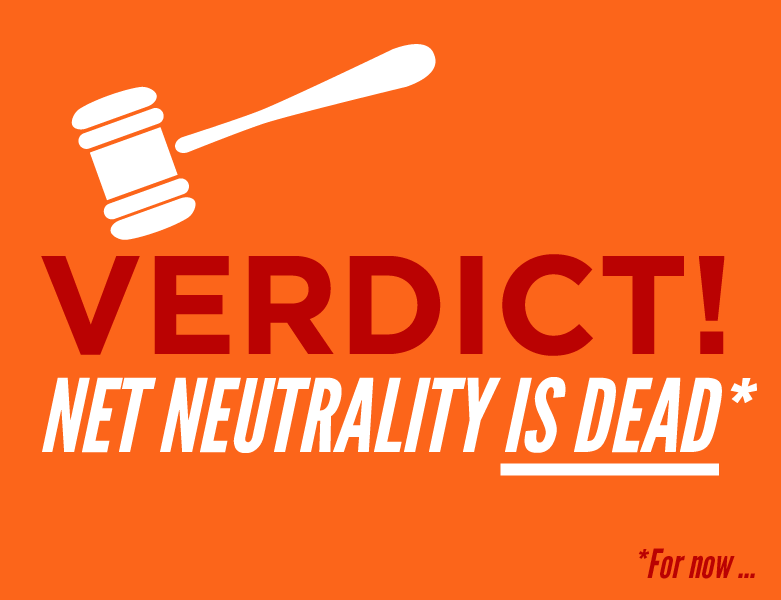 The Impact of the Net Neutrality Ruling on People of Color

“We wish to plead our own cause. Too long have others spoken for us. From the press and the pulpit we have suffered much by being incorrectly represented.”

On Jan. 14, the D.C. Circuit Court of Appeals struck down the Federal Communications Commission’s Open Internet Order. In its decision, the court said that the FCC lacked the authority to implement and enforce its Net Neutrality rules under the legal framework it had adopted.

But what does this mean and why is the open Internet so essential?

Why Is the Open Internet Critical for Communities of Color?

We haven’t always had a forum for this kind of free expression. People of color own very few TV and radio stations. This is a primary reason why the media have portrayed communities of color stereotypically: We haven’t had the opportunity to tell our own stories.

What Is Net Neutrality?

Net Neutrality is the longstanding principle that requires ISPs like AT&T, Comcast, Time Warner Cable and Verizon to treat all Web traffic equally. It prevents ISPs from blocking, censoring, interfering with or discriminating against Web traffic and content. It is essentially the principle that keeps the Internet open.

Since the vast majority of households have access to one or two ISPs at best, companies like Verizon have tremendous incentive to discriminate online. In fact, Verizon has publicly admitted that it would explore these types of arrangements if the court gutted the Net Neutrality rules.

Net Neutrality prevents ISPs from acting as Internet gatekeepers who pick winners and losers online. It provides protections against predatory business practices that could create barriers to economic opportunities, to those advocating for justice, to the health and well-being of people of color. Without the open Internet protections, ISPs are now free to discriminate.

What’s This Court Case All About?

Verizon Sued the FCC Over Its Net Neutrality Rules

In 2010, the Federal Communications Commission adopted Net Neutrality rules designed to prevent ISPs like AT&T, Comcast, Time Warner Cable and Verizon from blocking, censoring, interfering with, or discriminating against Web traffic and content.

Verizon sued and stated in court documents that the function of ISPs is not different from that of newspapers. Just as newspapers can decide what to publish, Verizon argued, so too do ISPs have the same right to decide what content flows over their wires. Verizon also said in court that interfering with Web traffic would become part of its business plan in the absence of Net Neutrality rules.

What Did the Court Decide?

A federal court ruled on Jan. 14, 2014, that the FCC did not have the legal authority to adopt and enforce its Net Neutrality rules. ISPs can now block, censor, slow down and discriminate against any website or app they want.

This problem dates back to a Bush-era FCC decision to change the definition of broadband Internet access service from a “telecommunications” service to an “information” service.

This decision meant the FCC could no longer treat ISPs as “common carriers” with the associated obligations. The Obama FCC failed to reverse the Bush FCC’s decision when it adopted open Internet protections in 2010 — despite calls from several public interest, media justice and civil rights groups to do so.

Since the FCC built the Net Neutrality rules on a shaky legal foundation, it left itself vulnerable to a lawsuit like the one Verizon filed. Consequently, the court ruled the FCC did not have the authority to enforce its rules since the agency chose to treat broadband Internet access as an information service.

However, the court did not prohibit the FCC from adopting Net Neutrality rules going forward. It questioned why the FCC had failed to classify ISPs as common carriers; doing so would give the agency the legal authority to craft and enforce rules protecting the open Internet.

If the FCC tries to draw up new rules, it will face enormous political resistance from phone and cable companies.

What Does This Mean for the Future of the Open Internet?

If the FCC does not reestablish its legal authority to pass Net Neutrality rules, ISPs will implement pay tolls online and will block or slow Web traffic. They will likely provide preferential treatment to the companies with the deepest pockets. They may also block political content they disagree with.

Leaders of Color React: What Does this Mean for Communities of Color?

The court decision makes it harder for people of color and marginalized groups to make their voices heard. Here are a few reactions to the ruling from leaders of color:

“Latinos and other people of color have long faced discrimination at the hands of mainstream media,” said Jessica Gonzalez, the executive vice president for the National Hispanic Media Coalition. “Over the open Internet, we have been able to push back against this discrimination, tell our own stories fairly and accurately, and even earn a living.”

“Black folks’ ability to be heard is in real danger, and we urge the new FCC chair to take this opportunity to take a strong stand for the public he represents." said ColorOfChange Executive Director Rashad Robinson.

“These companies now have the power to censor our online free speech,” said Free Press Senior External Affairs Director Joseph Torres. “And we know the voices that will likely be silenced are those voices fighting for social and racial justice — the voices of people of color. “

“Despite reports by telecom companies and their allies that keeping the Internet open would hinder jobs and hurt the economy, the opposite is true,” said Malkia Cyril, the executive director of the Center for Media Justice. “In a David vs. Goliath battle for visibility, eliminating the only rules that allow David’s voice to be heard on the Internet is an economic death sentence communities of color can’t afford.”

What Can You Do About This?

There is hope: The FCC has the ability to reassert its authority to protect Internet users. But it must reclassify broadband as a telecommunications service. This would allow the agency to enforce Net Neutrality rules to prevent ISPs from blocking and discriminating online.

The court made that clear.

But the industry will fight and spend millions to stop that from happening.

We have to make our voices heard and call on the FCC to reestablish its authority to protect our digital rights online. Will you join Voices for Internet Freedom to make that happen?

Because as the Center for Media Justice’s amalia deloney said, the court ruling “could signal the end of the Internet as we know it. For freedom's sake we can’t let this happen.”