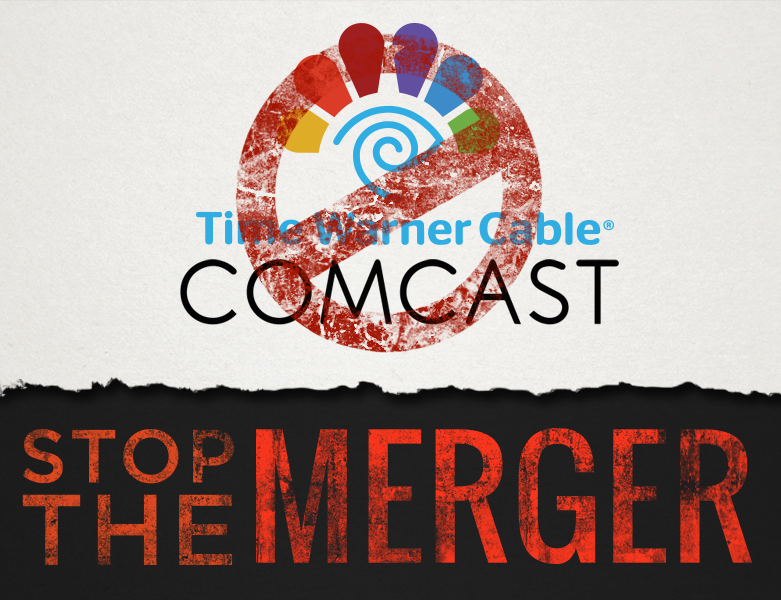 Comcast just announced that it’s buying Time Warner Cable. If approved, this outrageous deal would create a television and Internet colossus like no other.

Comcast is the country’s #1 cable and Internet company and Time Warner Cable is #2. Put them together and you get a single giant controlling a massive share of our nation’s TV and Internet-access markets.

No one woke up this morning wishing their cable company was bigger or had more control over what they watch and how they get online. But that is the reality we’ll face unless the Justice Department and the Federal Communications Commission do their jobs and block this merger.

Stopping this kind of deal is exactly why we have antitrust laws. After a year of sustained organizing, we convinced the DoJ and the FCC to stop AT&T from gobbling up T-Mobile.

This merger would put more than a third of all cable-TV subscribers in Comcast’s hands and give it control over more than half of the “triple-play” services that combine TV, phone and Internet service. Don’t forget, Comcast already owns NBC, MSNBC, Universal Studios and tons of cable channels. That means that for most of America, Comcast could control even more of what you see and how you see it.

Tell the FCC and the DoJ to stop this merger today. This is a fight we can win.