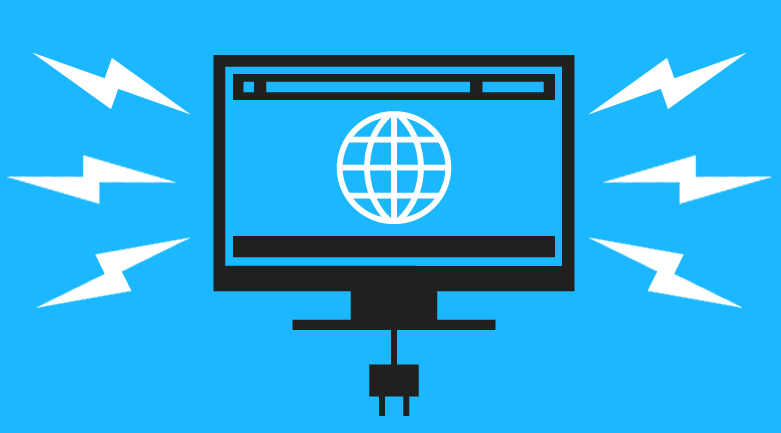 On Wednesday, the Federal Communications Commission broke its silence and issued the agency’s first big announcement since a federal court struck down the Net Neutrality rules last month.

Give the statement a speed-read and you might think the agency is moving in the right direction. There are some great buzzwords in there. FCC Chairman Tom Wheeler talks about accepting the court’s invitation to “preserve a free and open Internet” as a “platform for innovation and expression.”

But all this announcement does is kick the can down the road — the wrong road.

The FCC has the power to completely restore its authority to protect Internet users and pass strong Net Neutrality rules. But this announcement is a timid and ultimately ineffective response to the threats facing Internet users.

The FCC has admitted to the press that its approach would allow for “some discrimination.” That’s not Net Neutrality.

And if you need any more indication of how flawed this approach is, note that AT&T, Comcast and Verizon have already endorsed it.

Here are five other problems with the FCC’s current plan:

Fail #1: Let’s fix this by proposing new rules (that we can’t enforce)

The whole reason the FCC ended up in court (twice) is that it based its Net Neutrality rules on a shaky legal foundation. When the Bush-era FCC decided to classify cable and telco broadband as an “information service” instead of a “telecommunications service,” it surrendered the FCC’s power to protect the open Internet. These bad decisions finally caught up with the agency in January.

The reason the court threw out the FCC’s rules is simple: Telling ISPs they cannot block or discriminate is an obligation the FCC can impose only on telecommunications service providers. Information services are exempt from these obligations. Since these FCC decisions treat broadband the same way they’d treat any website or application, the agency can’t prohibit a broadband provider from discriminating any more than it can bar a website owner from rejecting an ad or an R-rated comment.

Though the courts have twice rejected the FCC’s efforts here (previously rejecting an attempt to sanction Comcast for Internet blocking), the agency is trying to take a third bite at this wormy apple.

With this announcement, Wheeler is proposing to write rules that the court just told him he couldn’t write unless the FCC reclassifies.

Pretending to have authority and actually having authority are not the same thing. Even under the most generous reading of the recent court decision, the best the FCC could even try for are new “standards” that make ISPs negotiate with content companies — but don’t actually stop ISPs from blocking that content anyway. And the FCC could not in any way prevent these ISPs from slowing down traffic from companies that don’t pay the tolls.

This is the best-case scenario. Yet it would still require the FCC to justify enforcement against a specific ISP each and every time it blocks a site or an app. And that determination would be possible only if the blocking somehow slows “the reasonable and timely deployment of broadband to all Americans.”

Even if all of that holds up, as soon as a new FCC chair decides that broadband deployment is proceeding at a reasonable pace, then the authority and the FCC actions taken under it would disappear.

Fail #2: Applaud us for mentioning the existence of Title II

The FCC’s announcement says the agency will “keep Title II authority on the table” — meaning that the agency may consider reclassifying broadband under Title II of the Communications Act at some point in the future. This is supposed to soothe the millions of people, businesses and organizations that have called on the FCC to reclassify.

But leaving Title II “on the table” is a bit like saying the Constitution is still “on the table.” Title II is the law of the land; only Congress can take it off the table.

The court told the FCC it can’t have it both ways: Either broadband is a common-carrier network that’s subject to rules that prevent blocking and discrimination — or broadband is an information service, which means ISPs can discriminate.

Title II isn’t an option to be reserved for later. It’s the only option that will protect Internet users.

The FCC keeps trotting out section 706 of the Telecommunications Act as a solution. But as we’ve explained before, the FCC can’t protect free speech and prevent discrimination under the so-called Section 706 authority mentioned in Wednesday’s announcement. Last month’s court decision made that crystal clear.

If the agency really wants to stop censorship, discrimination and website blocking, it has to reclassify broadband as a telecommunications service under Title II. Period.

“Major Internet service providers have indicated that they will continue to honor the safeguards articulated in the 2010 Open Internet Order,” Wheeler writes. “That’s the right and responsible thing to do, and we take them up on their commitment — which will continue to provide protection for the open Internet until new rules are put in place.”

Seriously? How does the FCC propose to hold these companies accountable? Verizon made clear in court its full intention to discriminate, and it looks like it’s already deliberately slowing down traffic to Netflix and other sites. The other ISPs don’t have a great track record on this either — whether on wired or wireless networks.

These companies have shown they can’t be trusted. That’s why we need the FCC.

There were a few good ideas in the announcement. Calling for greater transparency about network management is great. Pushing back on the legal restrictions that municipalities face when trying to set up their own broadband networks is critical.

The optimistic view of this is that the FCC is serious about these things — but the realists among us suspect that placing these issues in the announcement was an attempt to distract and divide the public interest community, which has championed increased transparency and municipal broadband in the face of D.C. disinterest.

Free Press applauds increased transparency, and we’ve long supported efforts to protect municipal broadband networks. But these great ideas should not be inserted sideways into a conversation about the agency’s authority. And they won’t protect Net Neutrality.

Your Rights, Brought to You by ComWarnerVeriz&T

The ability to communicate free from discrimination is essential to a healthy democracy. Title II and common carriage protect our ability to exercise our rights to speak and assemble freely, using the networks built on our public rights of way.

When did we as a nation decide it was a good idea to leave the protection of our foundational democratic principles to the “good intentions” of private companies?

We don’t need the FCC to broker another mushy compromise or subject us to another three years of legal limbo. We need Chairman Wheeler and the FCC to protect the public interest and enforce the law. That’s their job.

What we know now is that they won’t do that job unless we push a lot harder. Start here: Tell the agency to reclassify broadband and restore Net Neutrality now.