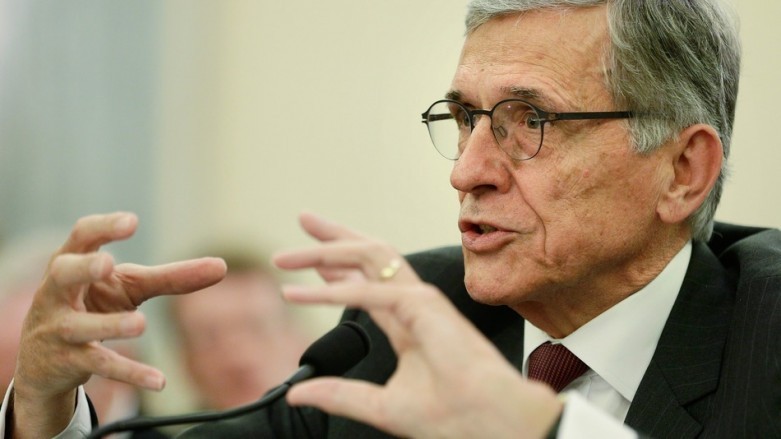 When President Obama pledged to appoint a Federal Communications Commission chair who would protect Net Neutrality, we had no reason to doubt he'd find the right person for the job.

Obama campaigned in 2008 as a strong champion of the open Internet, saying he’d “take a back seat to no one” in safeguarding Net Neutrality.

Now the president is on his second FCC chairman, and neither has proven himself up to the task.

The first, Chairman Julius Genachowski, constructed an “Open Internet Rule” that was doomed from the start. Built on a flimsy legal foundation and riddled with corporate-friendly loopholes, the Genachowski rule was shot down by a federal appeals court in January.

By then Genachowski had fled the FCC, leaving his mess for others to sort out.

No worries, President Obama said earlier this year. “The new commissioner of the FCC, Tom Wheeler … is a strong supporter of Net Neutrality.”

Obama noted that the court decision, while rejecting Genachowski's scheme, did confirm that the FCC could use its powers to protect Internet users from online censorship and discrimination.

“They have authority,” Obama said. “And the question now is how do they use that authority. If the old systems and rulings that they had in place were not effective in preserving Net Neutrality, do they have other tools that would stand up to court scrutiny that accomplishes the same goals.”

As Obama’s second FCC chairman, Wheeler will today release a proposal for a new rule. All reports suggest that Wheeler’s proposal betrays Obama and the millions of people who have called on the FCC to enact strong and enforceable Net Neutrality protections.

The plan reportedly would allow Internet service providers to charge extra fees to content companies like Google and Netflix for preferential treatment. Giving ISPs the green light to implement Internet payola schemes would be a disaster for startups, nonprofits and everyday Internet users who can’t afford these unnecessary tolls.

This is bad news for anyone who thinks the Internet should remain open to all comers. The Internet’s flat network architecture has allowed anyone to innovate without having to first seek permission from the service providers that control much of the access to Internet users.

Under Wheeler’s proposed regime, ISPs won’t just be able to favor the sites that pay up; they’ll also be allowed to give special preference to their own services. For years companies like AT&T and Verizon have tried to kill any Net Neutrality rules that prevent them from protecting their legacy voice, text and video services from the kind of competition the open Internet makes possible.

The prioritization of data on the Internet is a zero-sum game. Unless there is actual congestion, no website will pay for priority treatment. This means Wheeler’s proposed rules would actually give ISPs the incentive to create congestion through artificial scarcity — by clamping down on the data stream and charging more per bit. Americans need the opposite: an Internet that is fast, open, affordable and abundant. Under Wheeler’s scheme there is no motivation for ISPs to deliver the next-generation Internet.

In a statement late Wednesday evening, Wheeler indicated that the January court decision shaped his approach here. But the court ruling gave Wheeler a clear path forward: To protect real Net Neutrality, all the FCC needs to do is reclassify broadband providers as the common carriers they are. Wheeler instead chose a convoluted prioritization scheme that undercuts the level playing field that has made the Internet such a powerful engine for opportunity.

A former cable and wireless industry lobbyist, the chairman is a longtime Obama loyalist and fundraiser. Prior to today's proposal he had declared his commitment to a “free and open Internet” and public service.

“If I am fortunate enough to be confirmed, my client will be the American public and I hope that I can be as effective an advocate for them as humanly possible,” Wheeler told senators during his confirmation hearing last June.

His decision to clear the path for a payola Internet is an insult to the millions of people who have actively called on the agency to preserve the open Internet. And it's an insult to President Obama, who has repeated his commitment to Net Neutrality on multiple occasions since declaring his White House ambitions.

For Obama the choice is now clear: Either you’re for Net Neutrality or you’re for Tom Wheeler’s Internet payola. You can no longer say you’re for both.

Tell Chairman Wheeler to scrap his plan to break the Internet.