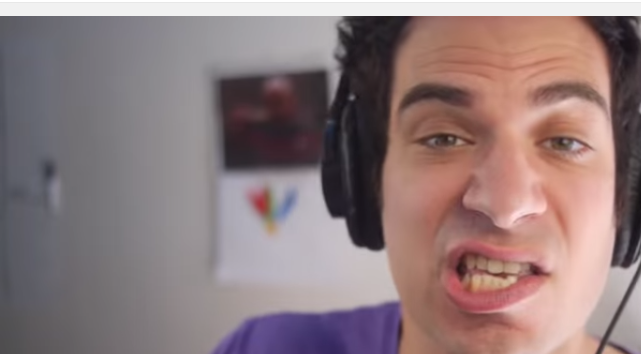 A Song for the FCC: Don't Blow Us Up

If you think explaining tech policy is difficult, try putting it to music and lyrics. That’s exactly the challenge that faced musician and artist Jonathan Mann, who last week composed a song urging Federal Communications Commission Chairman Tom Wheeler to ditch his plan for a payola Internet.

For the last five years, Mann has been composing a song a day. “Don’t Blow Up the Internet” is his 1,939th. In it he asks the FCC’s five commissioners whether they work for the public — or for Internet service providers like AT&T, Comcast and Verizon.

“Don’t blow up my home. History will judge. Are you going to kill creativity, or help give it a nudge?”

Mann, who graduated from the California Institute of the Arts in 2006, says the open Internet is “integral” to his work as an artist. He submitted “Don’t Blow Up the Internet” to the FCC last week and is hoping the commissioners will listen in — and maybe even sing along.

I caught up with him over the weekend:

What was your original inspiration for the Song a Day project?

Mann: “Song a Day” started in 2009 when I got a flier for Fun a Day, an art project where artists from all over the world make one thing for every day in the month of January. At the end of January, I just decided to keep going, and at the end of that first year, the momentum was so great that I kept on keeping on. Now I'm just shy of 2,000 days of songwriting.

What role has the Internet played in getting your songs out to a wider audience?

Mann: Without the Internet, there is no Song a Day.

Ideas: Writing a song a day requires a constant stream of ideas. Sometimes the ideas come from my life. Sometimes they just come from the recesses of my mind. Many times, I find the ideas on Facebook, Twitter, blogs and the like. The Internet is my fuel.

Sharing: I’ve learned that a huge piece of my creative process revolves around sharing my work. Without the sharing, I’m not sure I’d be willing or able to keep it up this long. Every single comment, good or bad, every bit of feedback keeps me going.

Audience: Related to that is the audience I’ve found. Sometimes it’s on a really large scale, and sometimes it’s on a smaller scale. But the day to day of reaching people on many different levels would be impossible without the Internet.

How would the FCC’s proposal to allow Internet service providers to charge for preferential treatment affect your efforts as a songwriter?

Mann: Part of what makes the Internet great is the pure chaos of it all. It’s constantly random and exciting and stupid and amazing. As a songwriter, I live in the middle of that — and I thrive on it. Any attempt to try to control that chaos would kill it immediately. It would destroy our home.

How would it impact the broader creative community?

Mann: Let’s talk about Bandcamp [the online marketplace that connects musicians with listeners]. I LOVE them. When they first came on the scene in 2009, it was a real hallelujah moment for me. I'd been waiting and waiting for a dead simple way to sell my music online, at my own price, in any format.

I upload all my music to Bandcamp. Thousands and thousands of songs. People can stream my songs and they can download them.

Let's say the new FCC rules go into effect. First, would Bandcamp be able to pay the tariffs to be in the fast lane? If not, a very important revenue stream is seriously hampered: Songs won’t load. Downloads will time out. People won’t be able to get my music.

Secondly, even if Bandcamp can pay the tariffs, what about the next amazing tool that comes along? Bandcamp was only able to come into existence because the Internet is a level playing field, open and free.

Coming at it from a different angle, there’s YouTube. YouTube is wonderful in many, many ways, but frankly, some of their values don’t line up directly with mine, and they have a near monopoly with regards to online video.

If you want to make a living online making video, if you want to reach the widest possible audience, your only choice is YouTube. That’s just not healthy. I’d LOVE for a video-streaming site to come along with a whole different set of values and give Google a run for their money. If the FCC and Comcast get their way, that will be simply impossible.

What would you tell FCC Chairman Wheeler if you had a chance to get him on the phone?

Mann: Sir. Dude. Hello. Please: Just stop. You don’t work for them anymore, you work for us now. Do the right thing. Be brave. We love you. We believe in you. You can do it. Make the right choice. Keep the Internet free.

Don’t Blow Up the Internet: