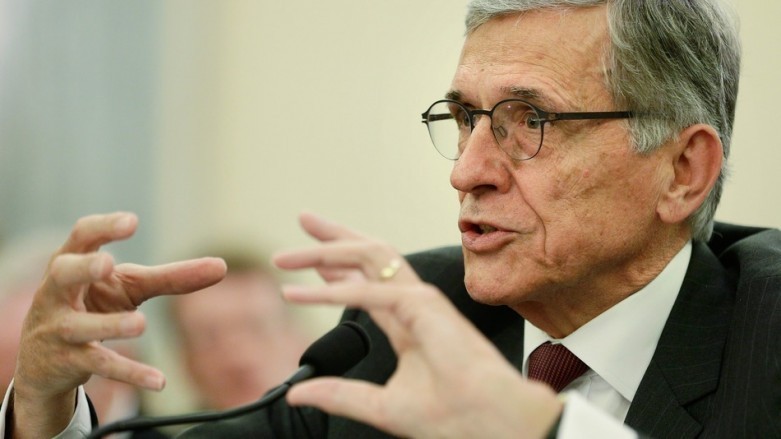 The Tweaks to Tom Wheeler's Proposal Won't Save the Internet

Matt Wood
May 12, 2014
Net Neutrality
The FCC and Media Policy

On Sunday night, the Wall Street Journal broke the news that FCC Chairman Tom Wheeler has taken another stab at revising his open Internet rules.

The shift is a response to the overwhelming public outcry against Wheeler’s proposal. But the changes fall far short. Unless the chairman reverses his fundamentally failed approach, we won’t have real Net Neutrality — and we will have rampant discrimination online.

According to the article, Wheeler’s latest draft “is sticking to the same basic approach” but promises to “scrutinize” deals that broadband providers could strike to prioritize certain websites, apps and online services.

Despite his repeated promises to protect the open Internet, Wheeler can’t do anything on that front unless he changes course. The FCC can’t prevent online discrimination and blocking unless it reclassifies broadband providers as common carriers.

So to the extent that the chairman still has a “strategy” to “allow the deals while relying on the FCC’s regulatory hand to make sure they are fair,” then his proposal is doomed to fail because it doesn’t have the legal tools to prevent ISP meddling online.

Wheeler’s still stuck on using the wrong legal authority here, known as Section 706 of the Telecom Act. He needs to treat broadband Internet access as a common-carrier service — something that lets us communicate with each other without interference from the companies carrying our messages.

When a federal appeals court struck down the FCC’s last attempt at open Internet rules, it didn’t say the rules were bad policy. It just said that the FCC used the wrong legal argument to back up those rules.

Unless the FCC treats broadband as a common-carrier service, the agency, the court noted, will have to allow “substantial room for individualized bargaining and discrimination.” The judges ruled that the FCC would have to let broadband ISPs charge “for high-speed, priority access while limiting all other edge providers to a more standard service” and let them “negotiate separate agreements with each individual edge provider.”

This means that if and when the FCC tried to prevent bad deals, the agency would lose again in court. What’s more, there’s no possibility of any good deals emerging. The FCC should not be in the business of making people pay new tolls and fees just to reach other Internet users.

A vote on Wheeler’s proposal is still scheduled for this Thursday, but his plan suffers from the same fatal flaws the Journal reported on two weeks ago. He’s promising to stop bad practices, but he can’t do that with the approach he wants to use. And he doesn’t seem to understand that such practices would be a disaster from the start — killing off innovation, and giving broadband providers life-and-death power over other people’s ideas.

The revisions to Wheeler’s draft are encouraging on one level: They show that the chairman is trying to respond to the massive protests against his proposal. He just isn’t listening closely enough.

Millions of people have spoken out, and hundreds of organizations, companies, investors and lawmakers have all told Wheeler that we want real Net Neutrality — not a toothless substitute that lets ISPs charge more for some content and services.

Last night’s story reported that the new draft at least asks whether the FCC should ban paid prioritization outright, and asks more questions about whether broadband Internet access should be classified as a common-carrier service. Yet until Wheeler recognizes that his proposal still fails to preserve Net Neutrality, he’s going to keep hearing from the people.

No one’s protesting just because the initial proposal didn’t ask all the right questions. People aren’t going to be satisfied — and shouldn’t be satisfied — by empty promises to step in at some later date. Without common carriage — the legal obligation to serve all comers equally — Net Neutrality will always be under threat from ISPs like AT&T and Verizon that want to control how we use the Internet.

Thousands of people have called the FCC and Congress, while millions more have written the agency and their elected representatives in Washington. Some of them are camping out at the FCC now in advance of the vote on Thursday morning, which will see protests at the Commission and all over the Internet too.

The drumbeat for real Net Neutrality keeps getting louder. Unless and until Chairman Wheeler recognizes that his proposal fails to get the job done, he’s going to keep hearing from us.

Sign up here to join the rally outside the FCC on May 15. And take action at may15.savetheinternet.com.