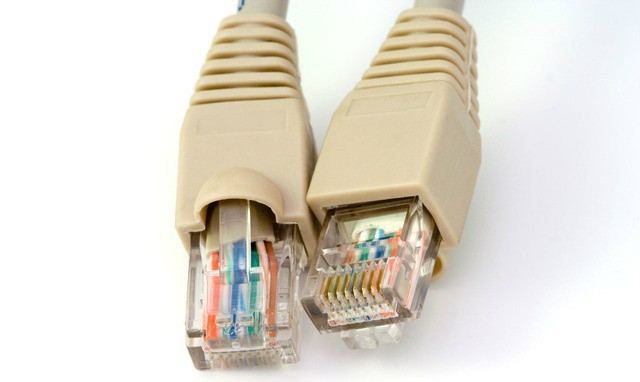 Fighting the Zombie Lies: Sorry ISPs, Title II Is Good for the Economy

Part of being a public interest advocate fighting for openness and competition in our communications markets is the need to repeatedly debunk already debunked industry lies.

I can’t recall where I first heard it, but the phrase “zombie lies” is apt here. No matter how many times these self-serving industry falsehoods are laid to waste, they keep popping their ugly heads back up, infecting a whole new crop of reporters, FCC and congressional staffers, and other unsuspecting folks.

Right now, millions of people are demanding that the FCC restore the principle of nondiscrimination to our nation’s broadband networks by reclassifying them as common-carriage services under Title II of the Communications Act. And right on cue, the biggest and falsest zombie lie has crawled back out from its grave: Big broadband companies and their pals in Congress are saying that putting broadband back under Title II will destroy America.

This week, the CEOs of companies like AT&T and Comcast sent a letter to the FCC claiming that reclassification “would greatly distort the future development of, and investment in, tomorrow’s broadband networks and services.”

Meanwhile, several House Republicans sent their own letter to Chairman Wheeler, arguing that restoring Title II “will harm consumers, halt job creation, curtail investment, stifle innovation, and set America down a dangerous path of micromanaging the Internet.” A spokesperson for the biggest cable lobby association warned that a return to Title II “would be devastating to the United States.”

Here’s the problem: These folks have no facts to back up their baseless scare tactics.

So, in the interest of truth, I’ll play the role of a Telecom Rick Grimes and once again take on this big, scary and dangerous zombie lie.

Fact: Investment and jobs peaked under Title II, and declined after its removal.

Fans of online discrimination don’t seem to understand that we can use data to test this proposition. Would a return to Title II harm ISPs’ businesses, investments and jobs?

We can look at historical data for the Regional Bell Operating Companies (RBOCs, or Bell Companies), the last-mile telecom companies that were subjected to the full panoply of Title II (far more than what would or could be applied to telco’s and cable’s broadband services now). Today these Bell Companies are AT&T, Verizon and CenturyLink, three giant companies reassembled from the more than two dozen that emerged from the breakup of Ma Bell in 1984.

Below is a graphic that captures this analysis. There's a lot there to take in. But before I explain it, I’ll just give you the basic conclusions:

Jobs: Bell Company jobs are down 20 percent since the removal of Title II. Employment at these companies peaked in 2000 following the period when the Bells were subjected to the most comprehensive implementation of Title II.

The figure above contains three data series displayed on one single chart: Bell Company revenues (adjusted for inflation); Bell Company capital expenditures (adjusted for inflation); and Bell Company employment. Each of these data series are “indexed” to their 1994 values. Indexing is a useful way of comparing the changes in different sets of data over time, particularly when each of the variables is of differing degrees of magnitude or units of measurement, as is the case here.

A Brief History of Title II

The figure above denotes critical moments in the Title II timeline.

The 1996 Telecom Act was signed into law in February that year, and then the FCC set about the long and arduous task of implementing it.

In 1998, the FCC affirmed that DSL was a Title II telecommunications service. In 1999, it affirmed that the Bell Companies had to offer DSL as an “open access” service, meaning that third-party ISPs could serve residential customers by leasing access to these incumbents’ networks.

This was an important development that helped DSL gain market share. Up until this point the Bells were slow to offer DSL, fearful that doing so would cannibalize their “second-line” market (remember the days of paying for two home phone lines? One for phone and one for the dial-up modem? Yeah, if you’re under 30, maybe not).

The years following the adoption of the 1996 Act saw substantial growth in Bell Company revenues and jobs, but even larger growth in investment. If Title II was bad for investment and jobs, that would show up in the data during this period. It doesn’t.

The 2001 recession and the economic impact of the 9/11 attacks took their toll on the U.S. economy, and the telecom sector wasn’t spared. But as the economy improved, so too did Bell Company revenues and investments, all under Title II.

Jobs were another story, as it appears the 2001 recession, improvements in technology and an aging union workforce have combined to create what looks like a permanent decline in Bell Company employment.

In 2002, the FCC ruled that cable broadband companies could designate their broadband services as “information services,” which lie outside of Title II. In 2005, the FCC extended the same privilege to the phone companies, including the Bells, a ruling that did not take effect until August 2006.

Half a year later, the FCC removed wireless-data providers from Title II, completing the process of dismantling Congress’ structure for creating a robust and competitive broadband telecom services market.

Following the removal of Title II, we didn’t see all the great new investments the Bells promised. Annual Bell Company capital expenditures are down $2 billion in inflation-adjusted terms from their peak in the last year of Title II’s application. Bell Company revenues have headed in the other direction: They’ve increased by $7 billion since the dismantling of Title II, even managing to grow during the worst part of the 2008–2009 recession (a strong indicator that communications are indeed essential services).

The data also show that the implementation of the FCC’s 2010 Open Internet Order was followed by an increase in capital investment. This is noteworthy because the same cast of characters warning of the harms of Title II made the same dire predictions about those Open Internet rules — predictions that were flat out wrong.

Keep Calm and Beware of Zombies

So, the data are crystal clear: Title II didn’t harm investment or jobs. Instead, the greater level of competition Title II created helped stimulate the Bells to invest more in their networks, to say nothing of the massive investment it spurred in many other industries that rely on open communications networks.

Are these facts enough to kill this zombie lie forever? Probably not, since those spouting these myths have no incentive to stop fibbing.

But to those who do care, this data shouldn’t come as a surprise. That’s because no serious economist or independent analyst would ever suggest that regulation is, in and of itself, an important driver or dampener of investment in this market. Decades of empirical study show that investment decisions are primarily driven by six factors: expectations about demand, supply costs, competition, interest rates, corporate taxes and general economic confidence.

The decision to invest is a complex process that is dependent on the specific facts of a given market. It’s simply wrong to suggest that a return to Title II would automatically deter investment.

Indeed, it’s ironic that the cable companies are the most vocal in pronouncing the harms of any regulation of their broadband services. Cable companies face more regulation under Title VI of the Communications Act (which applies to their pay-TV services) than they would under Title II.

This brings up yet another zombie lie about reclassification: that Title II was enacted only to govern monopoly phone services. The truth is that mobile voice services and broadband services that big businesses use are currently classified under Title II. These industries, and the cable companies’ TV businesses, are all thriving, putting to rest the lie that regulation (of any variety) automatically harms investment and innovation.

So the next time you see an ISP lobbyist or confused member of Congress coming at you with an undead look in their eyes as they murmur “brrrrrroadband investment harrrrmmmed,” just hit them with the facts, and maybe, just maybe, they’ll go away for good.

Technical note: The question we’re trying to answer with the data in this figure is: What was Title II’s impact on the Bell Companies that own last mile-networks and were subject to the heaviest Title II regulation? So to isolate the Bell Companies, we did not include pre-2005 values from AT&T Corp., MCI or Qwest. These companies were regulated lightly under Title II, but they were the beneficiaries of the law’s requirements that granted them equal access to the Bell’s last-mile networks. However, since the Bells’ acquisitions of these companies happened before the removal of Title II, including them would make the figures for investment, revenues and jobs under Title II even higher than what’s shown in the figure.