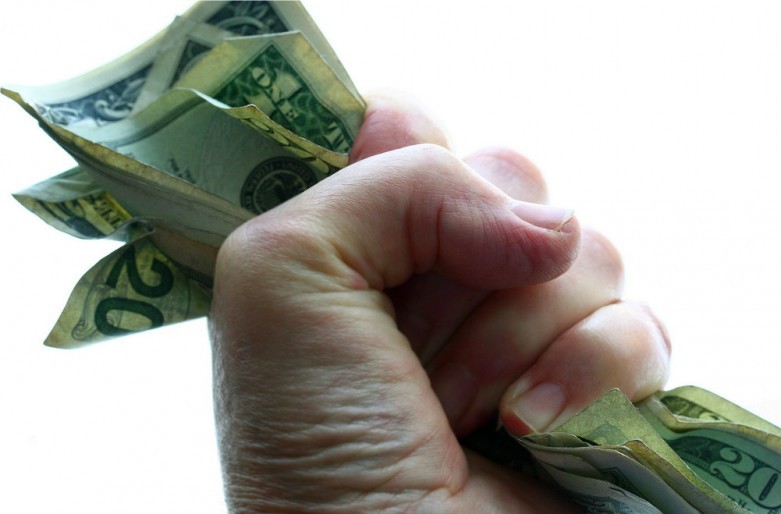 Last Tuesday, Rep. Eric Cantor learned the hard way that crony capitalism comes at a political cost. In a decisive 10-point upset, Cantor’s Republican primary opponent David Brat defeated the Virginia congressman after charging that he was “trying to buy this election with corporate cash.”

Few inside Washington thought charges like this would stick; for decades they’ve opened their campaign coffers to millions of dollars from Fortune 500 firms without fearing any consequences at the ballot box.

Since arriving on Capitol Hill in 2001, Cantor has received corporate contributions extending from Bank of America to Verizon and beyond. Only four other lawmakers took in more corporate cash during the most recent election cycle.

In exchange, Cantor became big businesses’ “ace in the hole.” According to TIME, big banks, energy and defense industries, insurance firms, and phone and cable companies knew they could rely on Cantor to put their interests before those of his constituents back in Virginia’s 7th District.

While Cantor’s cash-stuffed accounts stand out, he’s not alone. Congress is awash with special-interest campaign contributions. To win in 2012, U.S. senators had to raise an average of $14,351 a day, every single day of the week.

It’s a big-money game that has made Americans cynical about politics. A 2011 Global Strategy Group poll found that 71 percent of Republicans and 81 percent of Democrats believed that “money buys results in Congress.”

Elected officials are so dependent on raising this cash that they have become “shape shifters,” in the words of Harvard Law scholar Larry Lessig: “They constantly adjust their views in light of what they know will help them to raise money.”

In the realm of Internet policy, that too often means jumping through hoops to support the agenda of phone and cable companies  — even when doing so undermines the rights of hundreds of millions of Internet users.

Cronies vs. the Internet

We saw this in 2011 as members of Congress lined up to support SOPA and PIPA, two immensely unpopular bills that would have hobbled the Internet with draconian copyright restrictions favored by the movie and recording industries. We’re seeing it now as many in Washington fall into line against real protections for Net Neutrality, the widely supported principle that Internet users should be allowed to decide where they go, what they do and whom they connect with online.

The race for corporate dollars crosses political lines. In 2010, 74 House Democrats signed an anti-Net Neutrality letter. A subsequent Sunlight Foundation investigation found these representatives received, on average, more money from phone and cable companies than other members of the House had.

In 2014, 20 House Democrats signed a similar letter opposing real Net Neutrality protections. According to research from Maplight, these Democrats have received, on average, much more in campaign contributions from the same companies as before.

One in particular, Rep. John Barrow (D-Ga.), received nearly $60,000 from these industries  —  more than five times the average amount his Democratic counterparts received  —  in the most recent election cycle. In return, the largest phone and cable companies have relied on Barrow to legislate on their behalf.

Like Barrow, Rep. Marsha Blackburn (R-Tenn.) remains faithful to the cause of crony capitalism. Companies can rely on her to barge into committee hearings (even for those committees she doesn’t sit on) to denounce any effort to support Net Neutrality.

In February, she introduced legislation to stop the Federal Communications Commission from even considering Net Neutrality rules, calling such free speech protections “socialistic.” In May, she joined three other GOP cronies on a letter expressing “grave concern” about any potential FCC actions to protect the open Internet.

And, to no one’s surprise, AT&T, Verizon and the National Cable and Telecommunications Association make up three of Blackburn’s top five career donors, according to the Center for Responsive Politics.

Meanwhile, constituents back in Hickman County in the center of Blackburn’s Tennessee district struggle to get fast and affordable Internet services. Only 38 percent of Hickman residents have access to broadband services, far below the Tennessee statewide average of 58 percent, according to a 2010 Connected Tennessee survey. (A 2010 FCC survey found that 67 percent of households nationwide contain someone who accesses broadband at home.)

What Makes a Crony Capitalist

But what distinguishes crony capitalists like Barrow and Blackburn is not the fact that they take corporate money  — every member of Congress does  — but the degree to which they shape shift to earn it, molding their views in a way only their benefactors could love.

The Center for Responsive Politics website is a good place to discover whether your member of Congress is also a crony capitalist.

First, find who his or her biggest corporate donors are. Then check his or her record on policies that may impact the bottom lines of those companies. Does she support or oppose financial-sector reform? Has he recently signed a letter or released a statement opposing EPA curbs to coal-plant emissions?

Do those positions match those of his or her largest corporate donors? Yes? If that doesn’t bother you, it should. And you should let your members of Congress know whom they really work for.

For decades our elected officials have shrugged off grassroots concerns about the corrupting influence of corporate cash. After Cantor’s defeat last week, many should be having second thoughts.