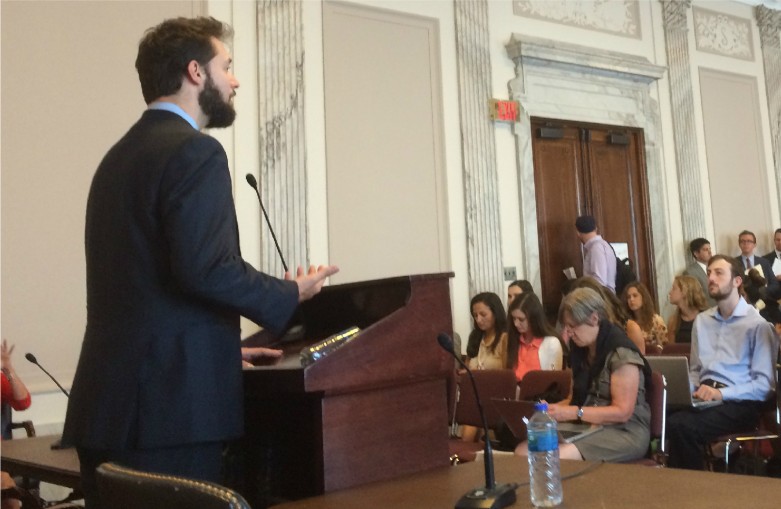 On Tues., July 8, Free Press Action Fund President and CEO Craig Aaron moderated a panel discussion with policy experts, investors, innovators and content creators to clarify what’s at stake in the fight to save Net Neutrality. Sen. Al Franken, a longtime champion of the open Internet, gave opening remarks at the event.

Alexis Ohanian underscored how crucial Net Neutrality was to the launch of reddit. “Reddit is living proof of the importance of having an open Internet,” he said. “We had the opportunity to compete with multinational companies and win.”

Sen. Franken stressed the importance of preserving a level playing field online. “An email from your mom,” he said, “should have the same speed as one from the president.”

To better illustrate his point, he directed a message to the press in attendance, noting the need for their “information to get as fast to the customers as it does to those who can pay for speed.”

Various panelists discussed how crucial an open Internet has been to the success of their different ventures.

Althea Erickson talked about how Etsy will remain in the slow lane if the Federal Communications Commission implements Chairman Tom Wheeler’s plan to allow discrimination online. A Brooklyn-based low-margin business where almost all of the entrepreneurs are women, Etsy can’t afford to pay for priority access.

The loss of Net Neutrality, Erickson said, “will have an impact on all micro businesses.”

Latina actress Ruth Livier explained how she was able to create her own bilingual and bicultural Web series, Resurrection Blvd., which she paid for out of pocket, thanks to an open and neutral Internet. “People all over the world started to contact me because they were able to relate to the content of my show,” Livier said. “I proved that there is a diversity of demand for content. I was able to prove the market [existed].”

Professor Barbara van Schewick, a leading expert on Net Neutrality, explained the technical differences between section 706 of the Communications Act, which Wheeler’s proposal relies on, and Title II, which would protect Net Neutrality. “The proposed rules under section 706,” van Schewick said, “create a hostile environment … that is totally screwed against startups that can’t pay.”

“We have had de facto Net Neutrality rules since the beginning of the Internet,” she added. “We are moving into a world where for the first time we won’t have that.”

And when it comes to the Internet and its users, any type of delay in the delivery of content makes a difference. “People go away from Google if it takes a fraction of a second more,” van Schewick said.

We live in a world where almost every aspect of the economy depends on the Internet. But so far Chairman Wheeler is sticking to his plan to allow fast lanes online.

People across the country have come out in support of reclassifying Internet service providers as common carriers, which is the only way to preserve real Net Neutrality. We need to remind Wheeler that his commitment is to the people. Tell the FCC why Net Neutrality is important to you.