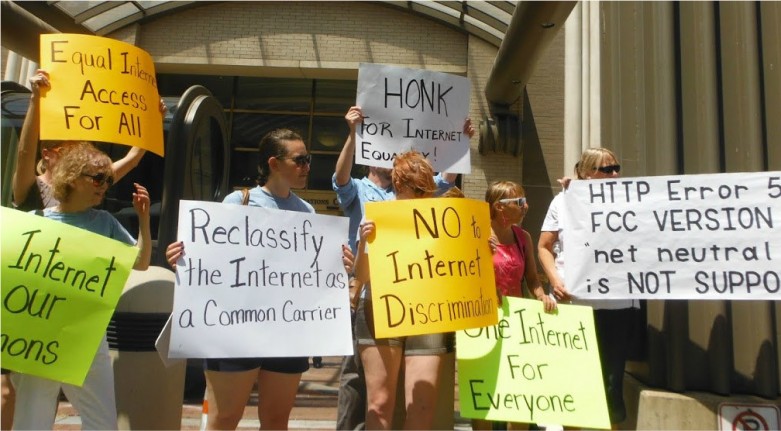 Representing Alabama’s 6th district, he’s built his political reputation as a supporter of fiscal responsibility, limited government and constitutional rights — with special attention to the First and Fourth Amendments.

It shouldn’t have come as a surprise to hear this southern Republican speak in favor of Net Neutrality, the principle that preserves free speech on the Web. “There shouldn’t be fast lanes on the Internet,” Bachus told Politico after a House Judiciary Committee hearing last month.

But his statement was out of the ordinary because Net Neutrality has become politicized. Most Republican politicians oppose it while their Democratic counterparts, by and large, support it. It’s gotten so divisive that the issue’s true meaning has gotten mired in industry spin and partisan talking points.

But Net Neutrality is simple: It means that Internet users have the right to connect with anyone else on the network without their service providers discriminating, censoring or otherwise interfering with their communications. The Federal Communications Commission is the agency with the power to prevent companies like AT&T, Comcast and Verizon from blocking content or favoring certain websites over others. But so far it’s been reluctant to act on behalf of Internet users.

And so an issue drawing broad support across the country is being held hostage to Washington politics.

An industry-friendly columnist writing for the Wall Street Journal even called Net Neutrality “a government takeover of the Internet.”

Not at all. Net Neutrality was baked into the DNA of the Internet at its inception. It’s allowed us to decide where we go on the network without access providers hindering our movement.

Guaranteeing Net Neutrality doesn’t let the government seize control of the network. Instead, it preserves the very democratic idea that the Internet is a space shared and shaped by its millions of users.

But false claims persist. The last time the FCC tried to create an open Internet rule, Rep. Michele Bachmann declared that Net Neutrality was “censorship of the Internet.”

Actually, Net Neutrality is the opposite of censorship. It dictates that Internet service providers behave as “common carriers” — a standard under which network providers must transport information from one user to the next without interference. The FCC has the power to restore common-carriage rules as a means of protecting free speech over private networks.

Simple, right? Unfortunately, the phone and cable lobbies have funneled untold sums of money to politicians and pundits willing to confuse us all.

On the other side of the debate, you have millions of everyday citizens speaking out, inundating the FCC with comments, and demanding that the agency take action on behalf of the open Internet. FCC Chairman Tom Wheeler has promised to weigh these comments before creating a rule later this year.

The good news is that the industry’s tactics don’t seem to be working in the face of growing public outrage and plain-old common sense.

Bachus concluded that the “easiest way” to prevent discrimination online is to classify Internet service providers as common carriers. He’s not alone in reaching this conclusion. Independents and moderates are also speaking out.

During a panel held last month in Portland, Maine, Senator Angus King, an independent who caucuses with the Democratic Party, said the need for Net Neutrality protections is obvious. “We really shouldn’t be having this debate,” he added. “It’s crazy.”

In fact, once you get beyond the Beltway it becomes clear that Net Neutrality is one of those issues that unites the left, right and center. Can you name another policy debate where the Christian Coalition and NARAL Pro-Choice America are on the same side?

But it’s going to take all of us standing up for our free speech rights to convince a majority in Washington to ignore the industry spin and pass a simple and enforceable Net Neutrality rule.

The voices of Spencer Bachus and Angus King are welcome additions to the chorus of politicians who have championed the open Internet. It’s time more of their colleagues — from both major parties — spoke out in support of an Internet that fosters free speech for everyone.

Tell the FCC why Net Neutrality matters to you.