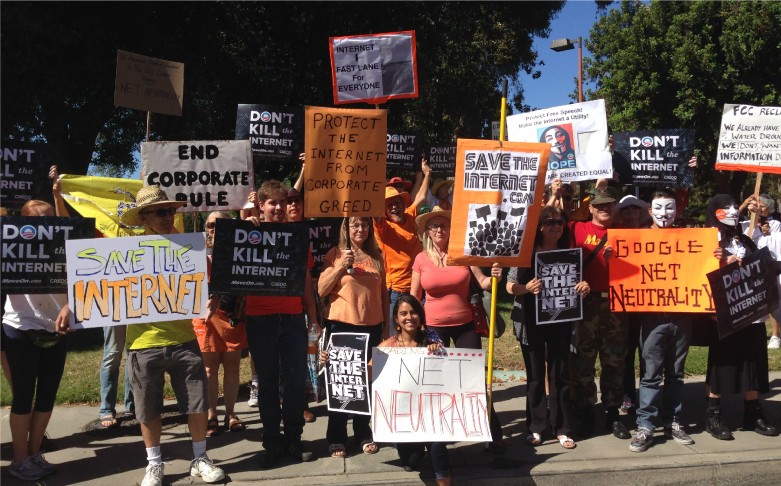 Aware that President Obama was hitting congressional fundraisers that day in Silicon Valley and L.A., Free Press and MoveOn.org Political Action decided to organize rallies in both places. The mission: to push the president to live up to his 2007 campaign promise of taking a “back seat to no one” in his commitment to Net Neutrality.

Since then, Obama’s appointed not one but two FCC chairmen who have failed to protect the open Internet. In fact, as bad as Julius Genachowski was on this matter — releasing watered-down rules that catered to industry interests — Tom Wheeler’s even worse, proposing a plan that would outright kill the Internet as we know it.

At Free Press we’re big believers in mobilizing the public to create change. So we partnered with MoveOn and coordinated with many other allies — California Common Cause, ColorOfChange, Code Pink L.A., CREDO Mobile, Daily Kos, Demand Progress, the Greenlining Institute, the Media Alliance, the National Hispanic Media Coalition, Popular Resistance, Presente.org, Progressives United, Southern California ACLU and SumOfUs — to put together two protests the president wouldn’t be able to ignore.

On Wednesday morning, more than 100 activists rallied in Los Altos — the heart of the Silicon Valley. As MoveOn’s Victoria Kaplan notes, the Internet helped vault Obama to the presidency — yet he’s said nothing as Wheeler’s pressed forward with his plan to allow discrimination online.

“He has a choice,” Kaplan writes. “Allow the FCC to do the bidding of Verizon and Comcast and oversee the death of the open Internet, or use his political megaphone” to protect Net Neutrality.

Among those assembled was ColorOfChange founder James Rucker, who noted that his organization — founded in the wake of Hurricane Katrina — wouldn’t even exist without a free and open Internet.

In the afternoon another crowd gathered in Los Angeles, where Free Press’ Mary Alice Crim led a rally of close to 150 activists in Hancock Park — directly across the street from where 10 helicopters bearing the presidential entourage landed in the parking lot of L.A. High School. The dirt the chopper blades kicked up covered activists from head to toe — but the rally went on without a hitch.

“Real Net Neutrality doesn’t give fast lanes to the 1 percent while leaving 99 percent of us to fight traffic on the slow road,” said Pedersen. “Here in Los Angeles, we’re tired of fighting traffic.”

Even 11-year-old Michael Howell — already a passionate Net Neutrality advocate — got in on the act. “I wrote a letter to Chairman Wheeler of the FCC. I don’t know if he got the letter but what I do know is that the Internet is still in trouble.”

After other activists spoke at the mic, the group marched from the park in the direction of the Obama fundraiser at the home of Scandal creator and Net Neutrality supporter Shonda Rhimes.

A police barricade prevented the activists from getting too close — but served only to boost the energy of everyone gathered. “Despite his promises,” Free Press’ Mary Alice Crim said, “President Obama is still stuck in the back seat. We need him to get out of the back and into the driver’s seat — because that’s the only way we’ll get real Net Neutrality.”

The FCC is expected to vote on Wheeler’s proposal by year’s end, and Free Press will continue to organize rallies in communities around the country. In fact, today activists are headed to Los Angeles Technical College, where the president is due to speak.

We want to thank all of the activists who turned out yesterday — and the many dedicated volunteers who helped with logistical details.

Stay tuned for info about the next protests in the works, share this rally video and check out the photos below — more are available on our Flickr page. 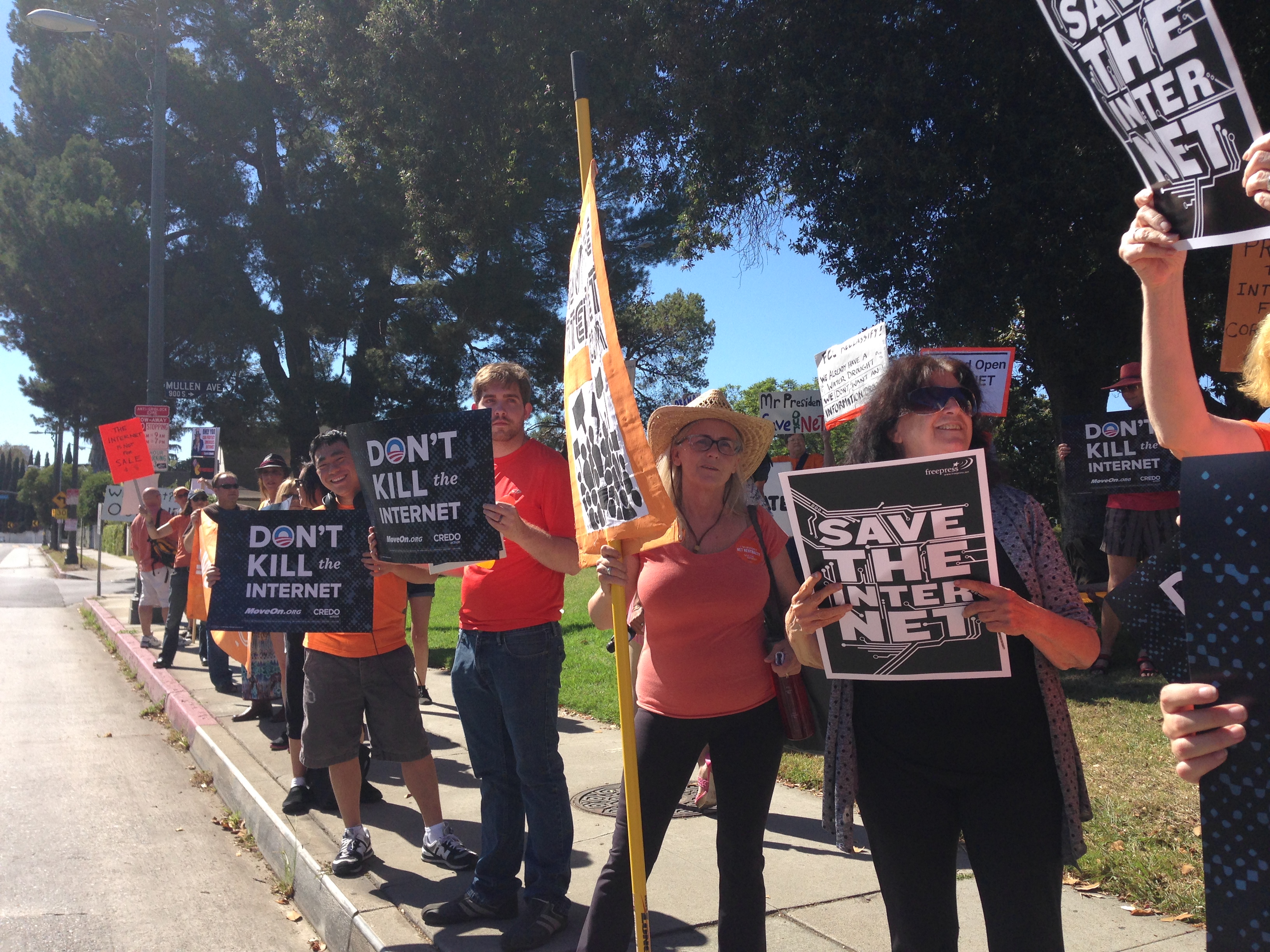 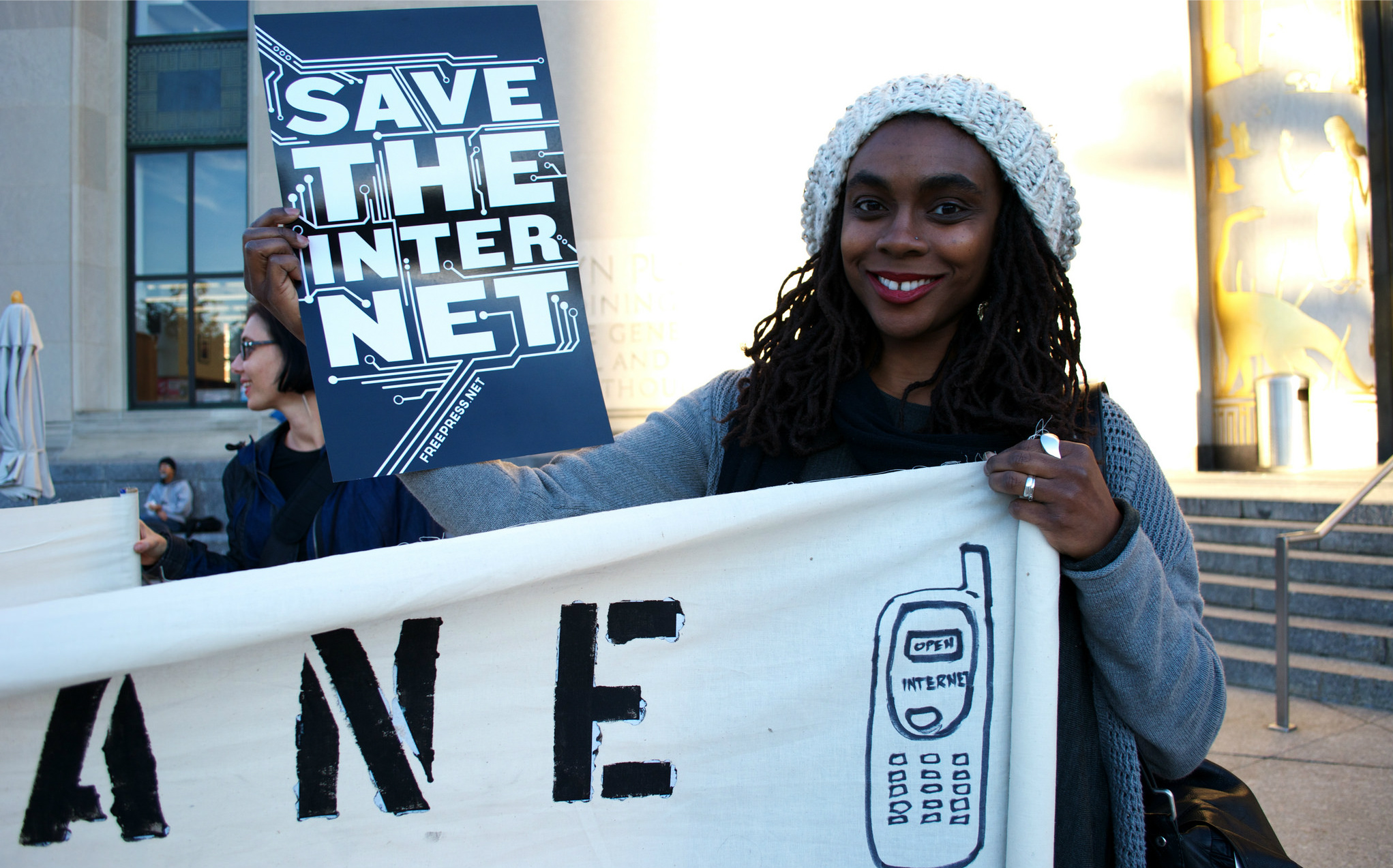 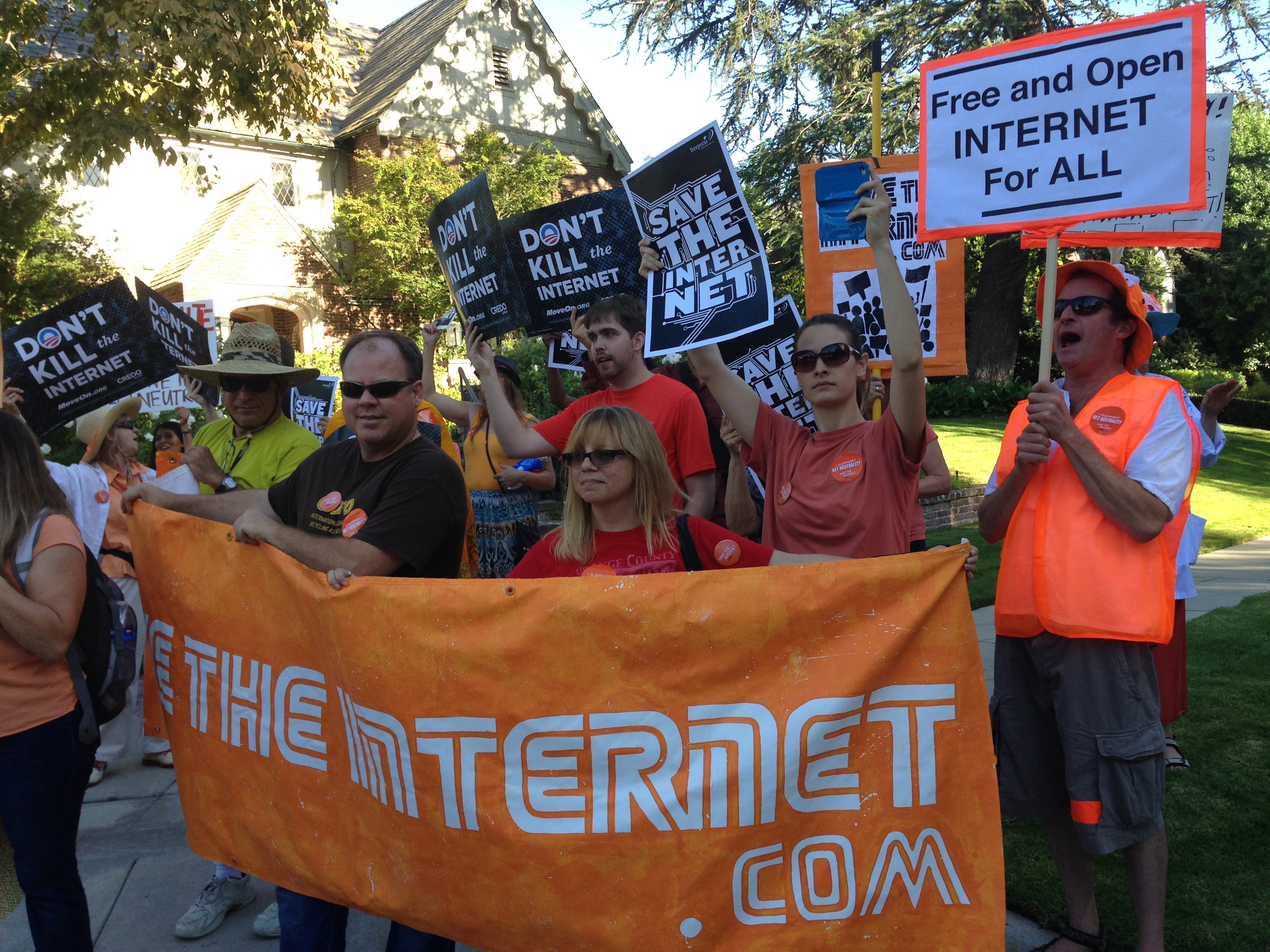