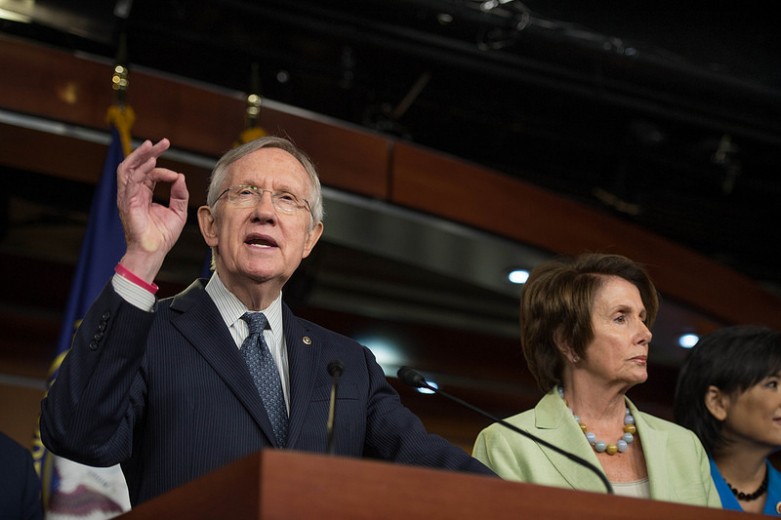 Senate Majority Leader Will Back Wheeler on Title II

On Tuesday, Senate Majority Leader Harry Reid sent a letter to the Free Press Action Fund and other Net Neutrality advocates to reiterate his support for the open Internet — and embolden FCC Chairman Tom Wheeler to do the right thing to protect it.

The letter is the senator’s response to a June 3 letter from the Free Press Action Fund, CREDO Action, Daily Kos, Demand Progress, MoveOn and more than a dozen other netroots advocacy organizations. These groups, which have more than 10 million members, urged Reid to support reclassification of Internet access providers as common carriers under Title II of the Communications Act.

“As netroots groups that educate, organize and mobilize our membership through the Internet, we write to you with a keen understanding of the central role a free and open Internet plays in our democracy,” we wrote. Reclassifying broadband access under Title II is “the only path forward.”

Reid responded, writing that he has “strongly and publicly supported Net Neutrality” for nearly a decade and opposes any scheme that would allow paid prioritization and harm Internet users.

There’s a growing consensus nationwide that reclassification is the only way to protect real Net Neutrality. So many Net Neutrality supporters responded to the FCC's call for comments on the matter that the agency’s website crashed on July 15, prompting Chairman Wheeler to extend the comment deadline by three days.

More than a million people filed comments by the new deadline, with the vast majority calling for the types of Net Neutrality protections that only reclassification can deliver. Millions more weighed in via petitions supporting true Net Neutrality.

And the public largely rejected Wheeler’s proposal, which would create a two-tiered Internet where access providers could favor the content of a few wealthy companies and relegate the rest of us to the slow lane. (A second round of comments is due Sept. 10.)

In his response letter, Reid pledged to “lead the fight to protect any Open Internet rules promulgated by the FCC,” adding that he would “ensure that priority arrangements that harm consumers are prohibited.”

Reid’s letter sends a strong signal to Wheeler that the Senate’s Democratic majority would stand behind him should the FCC choose to reclassify. This should reassure Wheeler, who’s told business leaders and others that he fears reclassification would be politically more difficult to sell than his prioritization proposal, which the nation's most powerful phone and cable companies support.

Similar backing from President Obama — who once vowed to “take a back seat to no one” in his commitment to Net Neutrality — could also push the chairman to change course and back real Net Neutrality rules.

“Here’s why this letter matters,” Free Press Action Fund President and CEO Craig Aaron told Motherboard. “There’s no longer any question that Tom Wheeler has the political support to do the right thing. And the right thing is reclassifying broadband access providers as common carriers under Title II of the Communications Act. Senator Reid makes clear that when Wheeler reclassifies that the Senate leadership will have his back.”