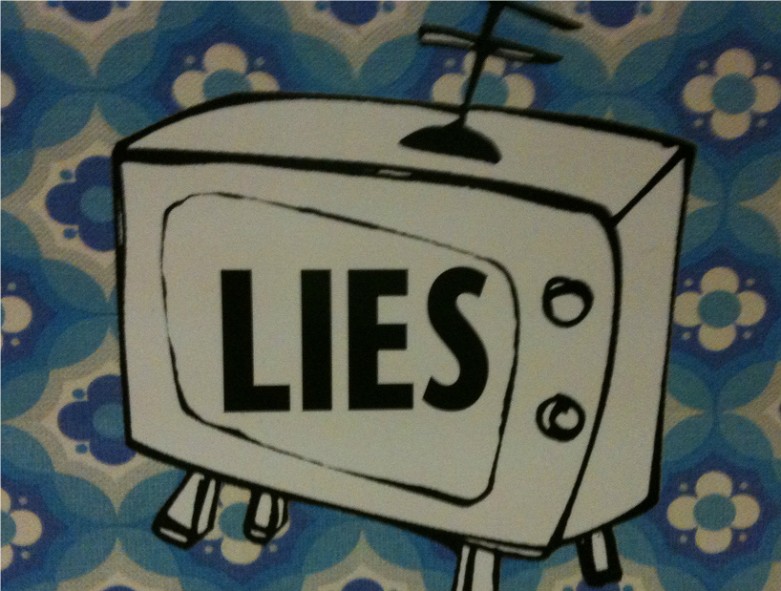 The Biggest Lie About Net Neutrality

One of the most persistent lies told in Washington is the notion that common carriage is a heavy-handed regulation that transforms innovative businesses into antiquated, government-run utilities.

Any mention of restoring this time-tested principle to the Internet causes fits among phone and cable industry lobbyists.

It’s a debate now raging throughout the record number of comments filed at the Federal Communications Commission, which has put the issue of common carriage back “on the table” as it weighs new rules to protect Net Neutrality.

The conversation has also spilled into the media, where industry-friendly editorial writers and pundits are attacking common carriage.

Listening to their arguments is like eating tainted food. All seems well at first bite. But given time to digest, things don’t feel so settled.

Ma Bell Back from the Dead

In Monday’s Wall Street Journal, writer L. Gordon Crovitz argues that common-carrier rules would subject the Internet “to the sort of regulations that micromanaged railroad monopolies in the late 19th century and the phone monopoly in the 20th.” This future dystopia, Crovitz writes, would resemble a past where “bureaucrats … dictate how networks operate, which technologies can be used, and what prices can be charged.”

Former FCC Chairman Michael Powell struck a similar note in a USA Today column earlier this year, claiming that common-carriage rules are equal to the “heavy regulatory bucket of the old-monopoly telephone system.”

“Reclassifying the Internet and applying telephone-era rules,” he wrote, “would choke off growth and investment. It would treat broadband as a common-carrier service, giving the FCC far-reaching power to regulate rates and set economic terms and conditions for the markets.”

Get that? Common carrier is only for dusty old utilities like Ma Bell, not for the Internet and not for the future.

Actually, according to settled law, common carriage applies to any carrier that “holds itself out ... to carry for all people indifferently.”

This makes common carriage “of substantial social value,” Columbia University economist Eli Noam wrote in a 1994 paper in which he accurately predicted industry efforts to kill the standard. “It extends free speech principles to privately owned carriers. It is an arrangement that promotes interconnection, encourages competition, assists universal service and reduces transaction costs.”

This social value still holds water today. Michael Powell should (and probably does) know this. But the former chairman’s present role as the chief lobbyist for the National Cable & Telecommunications Association means he won’t give it to you straight.

Common carriage is a successful legal framework functioning across the U.S. economy. It applies to wireless carriers (like Sprint) and more than 800 small rural carriers offering DSL and fiber access (like Iowa Network Services).

None of these businesses are utilities, nor are they monopolies. Many are very profitable — some extremely so.

As for stifling investment, Free Press found that telecom carriers’ average annual investment was 55 percent higher when they were held to a common-carrier rule than it has been in the years since the FCC removed the rule from these services.

Two years later, investment plunged after the FCC decided that this form of broadband access was not a common-carrier service. Cable companies today devote just 1 percent of their (significant) revenues to extending or upgrading their broadband networks.

The First Amendment of the Internet

Here is a point we can’t emphasize enough: Common carriage is the basis for protecting free speech over private networks.

Hundreds of millions of people now speak via digital platforms. The sheer scale of free speech today is without precedent in human history, and common-carrier rules — even more than the First Amendment — will protect our rights to connect and communicate going forward.

Common carriage worked in the past. It’s working right now in innumerable industries. And common carriage applied to the Internet will work just fine in the future.

So how could anyone oppose this idea?

“It’s not because of any flaw in common-carrier policy," says Free Press Research Director S. Derek Turner, “but because some of the most powerful communications companies in America have waged a long campaign to demonize common carriage and erase its historical importance."

Internet service providers hate common carriage because it would prevent them from fulfilling plans to become the gatekeepers to the future of communications.

AT&T, Comcast, Time Warner Cable and Verizon have spent more than $785 million on lobbyists and campaign contributions since these transactions were first recorded in the late 1980s.

Much of this investment has gone toward destroying a core American value. The FCC can take a final stand for common carriage by reclassifying ISPs under Title II of the Communications Act.

It’s the agency’s only path forward to protect real Net Neutrality — and one that millions of Americans have already urged the agency to take.

In the proceeding now before the FCC, the public has made its preference clear. And the successful history of common carriage should serve the agency as a guidepost to the future.