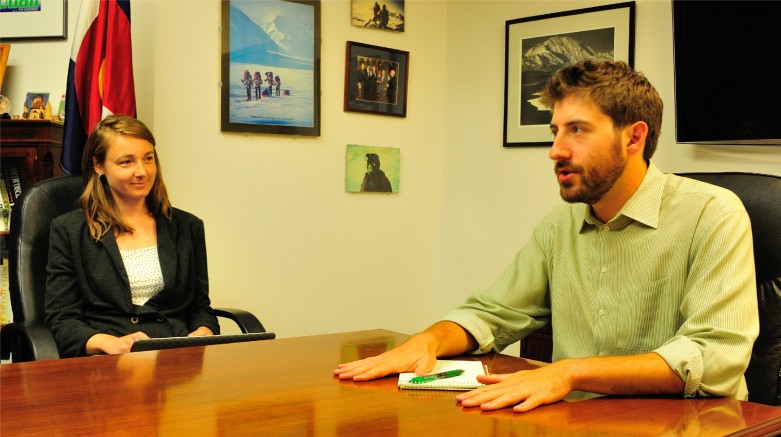 The partisan bickering on Capitol Hill can turn the most wide-eyed idealist into a disillusioned crank. But progress is possible even in this era of legislative gridlock. That’s why Free Press Action Fund members meet with their elected officials: to effect change.

This year the Free Press Action Fund partnered with allies like the ACLU, Common Cause and Demand Progress and set the ambitious goal of meeting with as many Senate offices as possible during the summer congressional recess. The goal: to push senators to speak out for strong Net Neutrality protections and condemn FCC Chairman Tom Wheeler’s plan to allow discrimination online.

We organized a record number of meetings across the country and recruited more people to participate than ever before. In all of these gatherings activists talked about how the open Internet has shaped their lives — for the better.

A military vet discussed how free services like Skype enable soldiers to communicate with their loved ones. Small-business owners noted that the Internet’s level playing field allows them to compete with larger companies. Artists said they rely on the Internet to promote and distribute their work. And people who are deaf and hard of hearing, one activist noted, depend on broadband as their primary telecommunication service.

Folks also told their senators what they would lose if the FCC ignores the public opposition and moves forward with Wheeler’s proposal.

A woman who cares for her disabled granddaughter worries about how this plan would affect her access to crucial medical information. A free speech activist expressed concern that this plan would let corporations control the flow of information online. Another activist said that Wheeler’s pay-to-play scheme would marginalize independent and dissident voices. And a rural resident said that killing Net Neutrality would only make life harder for communities that are still contending with sluggish dial-up access.

Precisely because very few people take the time to meet with their elected officials face to face, these meetings can have a huge impact. A meeting in Michigan prompted influential Sen. Carl Levin to oppose Wheeler’s plan. Sixty-two members of Congress have called on the FCC to protect the open Internet, and in recent weeks both President Obama and Senate Majority Leader Harry Reid have spoken out in support of real Net Neutrality.

We’ve still got a windy uphill road ahead in this fight, and to get Wheeler to drop his proposal we need to keep the political pressure on. Congress is in recess through Sept. 7, so check out our step-by-step guide on how to organize your own meeting, and stay tuned for info on meetings we have in the works for the coming months.

We need as many of our political leaders as possible to push Wheeler to reclassify broadband providers as common carriers. Reclassification is — literally — the only way to safeguard the open Internet.