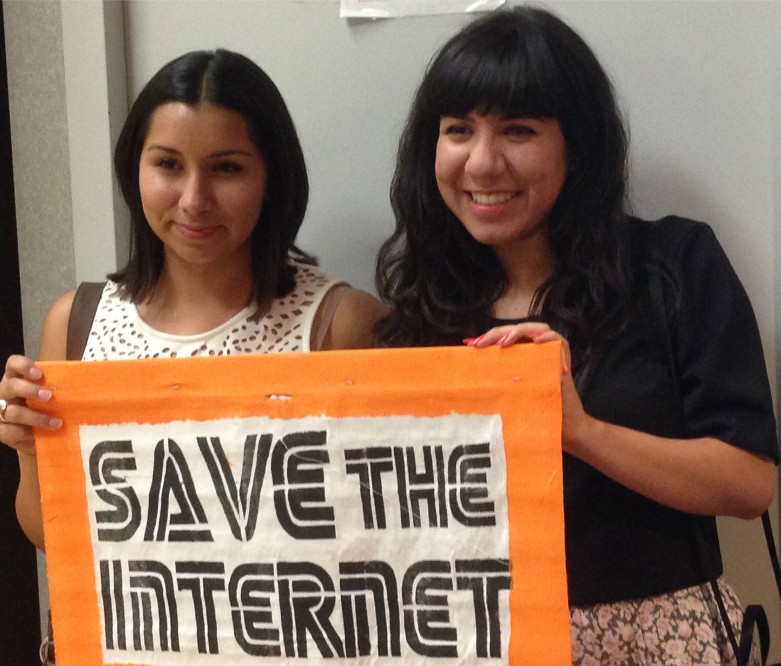 Fighting for Online Equality for Latinos

This originally appeared in Spanish on Univision.com.

It is undeniable that the Internet has become a vital tool for communication.

With the Internet, many Latinos have been able to stay in touch more easily with relatives living far away, whether in the United States or in their native countries in Latin America. Many Latinos have moved up the economic ladder using the Internet.

For Latinos facing discrimination and unjust laws, the Internet has played a critical role in the movement for equality in this country. The Internet has allowed Dream activists to call attention and protest an unjust immigration system to a broad audience; has amplified the voices of fast food workers fighting for fair wages and working conditions; has successfully held media outlets and figures accountable for anti-Latino and anti-immigrant hate speech, and so much more.

But these battles were fought over an Internet with a level playing field that is now in jeopardy. Our ability to raise an equal voice online is under attack.

A court decision earlier this year threw out the protections that kept the Internet open, or in other words, an Internet that operates under Net Neutrality. This is the basic principle that prevents Internet service providers (for example, Time Warner Cable, Comcast, AT&T and Verizon) from blocking access to websites or giving preferential treatment to websites and web content that can afford to pay more to go faster. Under this principle, Latino small businesses, advocates, innovators, artists, educators and ethnic media have been able to address the needs of our community and reach our community just as easily as our wealthy corporate counterparts. For example, independent Latino voices have been just as easy to find online as mainstream media.

The National Hispanic Media Coalition (NHMC) is fighting to preserve the Internet as the level-playing field that it has been up until now.  As American Latinos, your support for Net Neutrality protections is needed now more than ever.

Right now, the Federal Communications Commission is debating whether to adopt rules that would allow all voices to be heard equally on the Internet, or rules that would give the biggest companies the right to pay more for faster access to Internet users, leaving online speakers who cannot afford to pay in a digital slow lane.

Allowing ISPs to discriminate would come at a high cost. History has shown that if diverse and dissenting voices can be blocked, they will be. Additionally, the high costs of Internet connectivity will continue to rise due to a lack of competition, making it harder for many Latinos to afford having internet at home. Currently, only 53 percent of all Latinos and 38 percent of Spanish-dominant Latinos have broadband at home.

Net Neutrality rules will do a few things to protect the online rights of consumers:

Many civil rights and racial justice leaders have already raised powerful support for open Internet protections in town hall meetings, news coverage, and by sending their thoughts to the FCC. More than three million people have submitted comments to the FCC in support of strong Net Neutrality rules, along with hundreds of non-profit organizations and a large contingency of powerful members of Congress (including two of our courageous leaders in the Congressional Hispanic Caucus, Reps. Raúl Grijalva from Arizona and José Serrano from New York).

Please join us in this 21st-century struggle for equality, and support Net Neutrality by emailing me at info@nhmc.org. I will pass along your comments to the FCC, and will thank Mr. Grijalva and Mr. Serrano on your behalf.