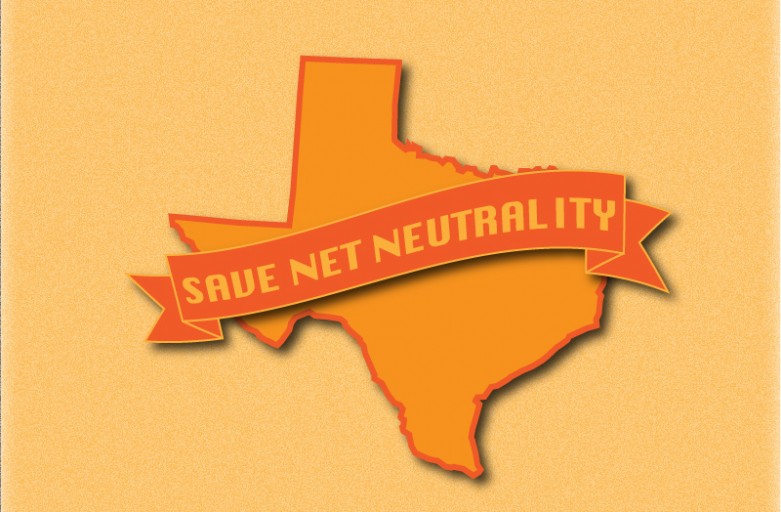 Texas Forever: Stand Up for Net Neutrality in the Lone Star State

That’s the attitude we’re taking in Texas, where FCC Commissioner Ajit Pai is holding an open forum on Net Neutrality at Texas A&M University on Oct. 21. Pai is hardly a Net Neutrality advocate — in fact, he’d be happy to let a few mammoth companies lock down the Internet and charge us more money.

Commissioners rarely leave Washington to meet with the public, and as of now this event is the only one of its kind on the calendar. For months now we’ve been pushing FCC Chairman Tom Wheeler to host public hearings on his terrible Internet rules, but so far he hasn’t budged.

We’re about to announce our own hearings in communities around the country — but right now we’re grabbing this opportunity on Oct. 21 to stand up for the Internet we love.

If you live in Texas or adore it enough to be there on Oct. 21, we need you to sign up. We’re going to hold a rally at 9 a.m. right before the event, and then we’ll head into the forum together. We’re offering free bus rides to people traveling from Austin, Houston and San Antonio and can also help folks set up carpools.

Here are the details:

We’ve already made amazing strides in the fight to protect the open Internet. Millions of people have spoken out against Wheeler’s plan to allow discrimination online, and many leaders in Congress have done the same. And just last night President Obama had this to say:

I am unequivocally committed to Net Neutrality. It is what has unleashed the power of the Internet, and we don’t want to lose that or clog up the pipes.

I know that one of the things people are most concerned about is paid prioritization, the notion that somehow some folks can pay a little more money and get better service, more exclusive access to customers through the Internet: That is something I’m opposed to.

My appointee, Tom Wheeler, knows my position. I can’t — now that he’s there — I can’t just call him up and tell him exactly what to do. But what I’ve been clear about, what the White House has been clear about, is that we expect that whatever final rules emerge, to make sure that we’re not creating two or three or four tiers of Internet. That ends up being a big priority of mine.

It’s a big priority of ours too. Sign up for our Net Neutrality rally on Oct. 21. If you can’t make it please help us spread the word about the event on Facebook and Twitter.

Texas has a reputation for going it alone, but we’re all in this fight together — and we won’t rest until we win.