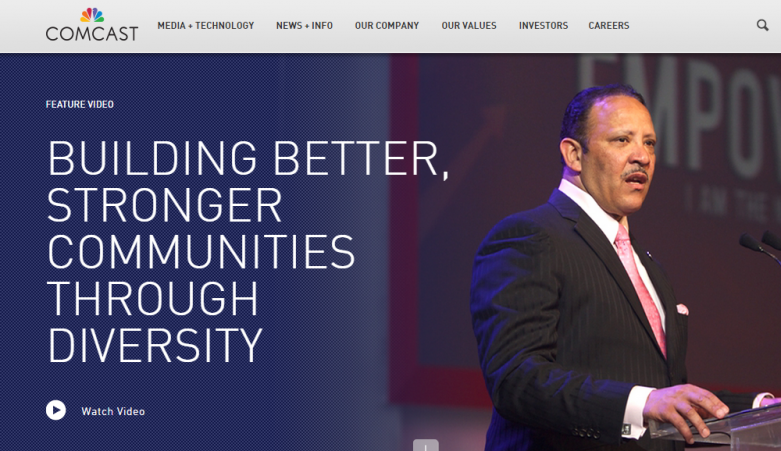 Why Is the National Urban League Defending Online Discrimination?

Maybe he meant the ACLU, the AARP or the American Library Association? Or was it the National Council of Churches, the United Church of Christ and the U.S. Conference of Catholic Bishops? Was it Common Cause, Consumers Union or the New York Times editorial board?

Or perhaps Morial (pictured) thinks we should ignore the nearly 4 million people who filed comments with the Federal Communications Commission.

Do all of these groups and all of these people really hold “extreme” views? If you go by Morial's recent column in The Hill, the answer is yes. After all, they're all calling on the FCC to adopt strong Net Neutrality rules by using its authority under Title II of the Communications Act.

Morial claims that anyone in favor of preventing online discrimination by treating Internet service providers as “common carriers” under the law is taking an extremist position. He also claims that the leaders of the fight to protect the open Internet are “immodest activists, with fists and fingers raised (and fundraising emails queued) — who have also been deafeningly silent regarding civil rights and diversity issues.”

That should be news to Mr. Lewis and groups like ColorOfChange.org, 18 Million Rising and the National Hispanic Media Coalition.

We imagine that Morial was really trying to discredit groups like Free Press. But we proudly stand with all of the groups and leaders named above in fighting for policies that will benefit more than the biggest corporations.

And for more than a decade, we've been fighting every day for Congress and the FCC to make policy decisions that encourage diverse ownership, promote better representation, and protect everyone's rights to connect and communicate. We have fought to bring these debates outside D.C. so that local communities can actually participate. And we have waged our efforts without taking any corporate or government money.

So maybe it shouldn't come as a surprise that some civil rights groups are aligned with the policy positions these corporations are pursuing, including opposing strong and enforceable Net Neutrality rules.

Net Neutrality is the principle that requires ISPs to treat all Web traffic equally. Without it, ISPs would be allowed to interfere with, censor and block online content and services for everyone except for the few wealthy companies that could afford to pay tolls to ensure their content receives favorable treatment online.

Within the next few months, the FCC is expected to vote on proposed rules that would allow companies like AT&T, Comcast and Verizon to discriminate online by carving up the Internet into fast and slow lanes. The loss of Net Neutrality would destroy the open Internet as we know it and make it harder for communities of color and other marginalized groups to speak for themselves.

It doesn't have to be this way. But to stop blocking and unreasonable discrimination, the FCC first must restore its authority over broadband under Title II of the Communications Act. Title II treats ISPs as "common carriers," which means they have a basic duty to serve the public indiscriminately. Telecom companies were long classified as common carriers, but the FCC bowed to industry pressure a decade ago and abandoned this approach, creating the current mess that's left Internet users unprotected.

The most powerful phone and cable companies have waged a campaign to demonize common carriage and erase its historical importance. But common-carriage rules have been critical to ensuring people have access to public accommodations, from trains to taxis to elevators, without discrimination, a central concern for the civil rights movement. Common-carriage rules led to universal phone service and the very creation of the open Internet.

In his column, Morial claims to support the open Internet but opposes common-carrier rules that would give the FCC the authority to ban undue discrimination. But companies like AT&T, Comcast and Verizon have made it clear in court and elsewhere that they will discriminate online if given the chance.

Morial recites the industry's talking points in praising the ISPs for their broadband deployment, while denouncing common-carrier rules as heavy handed "utility-style regulations" that would deter investment and widen the digital divide.

The notion that Net Neutrality would harm investment has been thoroughly debunked. Ironically, Morial's opposition to treating ISPs as common carriers could jeopardize the FCC's effort to bridge the digital divide by expanding its Lifeline program to include broadband subsidies. The FCC used its Title II authority to create the Lifeline program, which subsidizes phone service for poor residents.

But instead of advocating for strong and enforceable Internet protections, Morial is pushing rules that promote trickle-down economics as the solution to closing the digital divide. This disastrous economic philosophy doesn't work in telecom any better than it does in any other industry. And with the National Urban League's support for major phone and cable mergers in recent years, we've seen prices skyrocket as competition has disappeared.

Perhaps Morial believes the benevolence of companies like AT&T and Comcast will help close the digital divide and protect the open Internet. But that's a hard sell since these companies are among the most hated in the country because of their lousy customer service and long record of broken promises.

So make no mistake: If you're arguing against the FCC's ability to enforce strong Net Neutrality protections, then you're advocating for online discrimination.

And that is flat-out wrong.