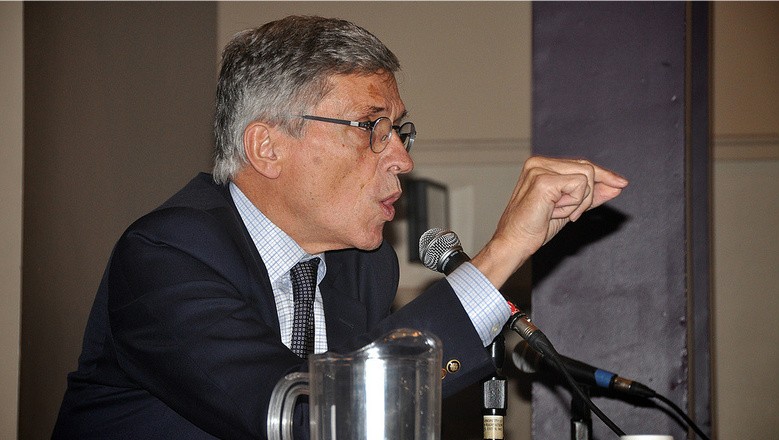 What Is Tom Wheeler Waiting For?

Earlier this month, President Obama added his voice to the nearly 4 million people who have urged the FCC to preserve the open Internet and protect free speech online.

The president’s statement was a clear, concise directive on how the FCC should handle the question of Net Neutrality — the principle that prevents Internet service providers from blocking or interfering with online traffic by creating “fast lanes” for a few powerful companies while relegating the rest of us to a slower tier of service.

Obama first expressed his support for Net Neutrality when he was a presidential candidate in 2007, and he’s since spoken in favor of the principle on several occasions.

But this time was different: Obama finally got specific, calling on the FCC to reclassify broadband under Title II of the Communications Act. Reclassifying would provide the solid legal foundation needed to stop companies like AT&T, Comcast, and Verizon from becoming gatekeepers online.

Obama’s statement was a high-profile moment in a year where a once-obscure issue has drawn front-page coverage — and galvanized activists nationwide.

The street outside the FCC’s headquarters was home to a two-week protest encampment in May. And a rally in Washington, D.C. drew huge crowds on May 15, when FCC Chairman Tom Wheeler released proposed rules that would allow rampant discrimination online.

Activists shadowed Obama on a fundraising trip to California over the summer. Protests took place in Manhattan and Philadelphia on September 15, the deadline for comments on the FCC proposal.

On September 10, 40,000 websites participated in the Internet Slowdown, an online day of action where sites greeted visitors with slow-loading pop-ups to show the world what a non-neutral Internet would look like.

Earlier this month, in response to reports that the FCC was considering new rules that would still permit the creation of fast lanes, vigils were held everywhere from Austin to Boston to Chicago to Minneapolis. And over the course of the fall, people’s hearings have taken place in Brooklyn, San Francisco, and Texas.

It’s important to note that Net Neutrality draws support from both sides of the aisle. A November University of Delaware poll, for example, revealed that over 80 percent of both Democrats and Republicans support keeping the Internet open.

Is any of this getting through to Wheeler?

In response to the president’s statement, Wheeler reportedly told a group of industry lobbyists that his challenge is figuring out how to “split the baby.” The comment suggests he could still be trying to write rules that pay lip service to the open Internet but ultimately allow phone and cable giants to create fast and slow lanes online.

Despite the overwhelming public and political support for Net Neutrality, the chairman — who previously served as a top lobbyist for the cable industry — so far seems incapable of breaking with his old bosses.

The coalition backing Net Neutrality is as broad and diverse as it is deep. Surely this ocean of support means more than the whispers of the many phone and cable lobbyists who come knocking at the FCC.

Wheeler himself claims to oppose the creation of fast lanes. But so far he hasn’t backed those claims up with a proposal that would actually prevent them.

What more does Wheeler need to do the right thing? He now has Obama’s backing and a strong public mandate for real Net Neutrality.

The future of the open Internet is too important to be left to business as usual in Washington. The Internet service providers’ political influence may be formidable, but public opinion favors real Net Neutrality and nothing less.

Now it’s up to Chairman Wheeler to make it happen.