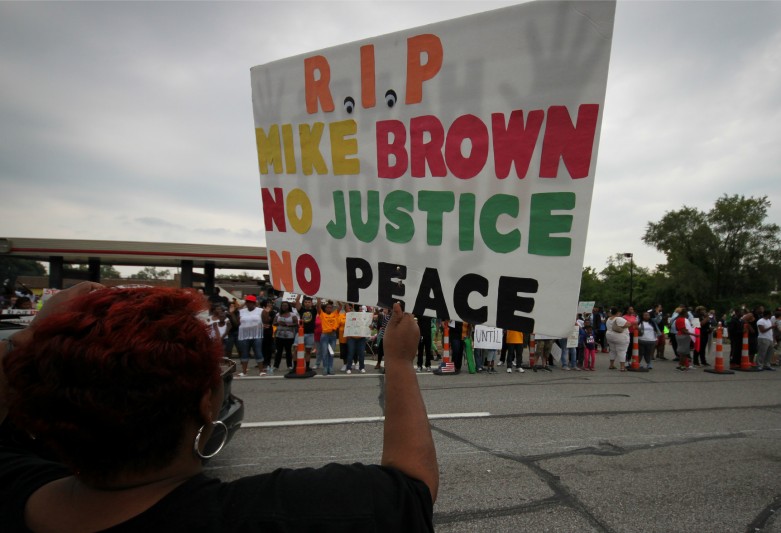 A lot of us felt devastated after learning that Darren Wilson won’t be indicted for the murder of Michael Brown.

We listened to St. Louis prosecutor Bob McCulloch’s statement last night on cable news channels, public radio stations, YouTube webcasts and on-the-ground livestreams. Our computer screens, tablets and cellphones lit up with Twitter and Facebook feeds. We were glued to the media, old and new. And we went there to find community — to talk, react and start to heal together.

Technology has completely changed the delivery of news and information. When President Obama’s call for peace was displayed side by side with images of tear gas on the split screen, the juxtaposition was not lost on viewers.

At Free Press, we fight for people’s rights to connect and communicate. But we don’t do this just so people can share videos of their kids, get a better education and know who to vote for in the next election (though of course that’s all part of it). We also do this so people can bear witness, hold the powerful accountable and protect their civil liberties.

How stories are told — what stories are told — is a life-or-death issue. As McCulloch’s agonizingly long reading of the decision proceeded, many of us struggled to understand how someone could be shot and killed and not get a trial. And in that speech the blame went everywhere: It was the media’s fault; it was social media’s fault.

It should terrify us all when systems designed to protect people fail to protect Black and Brown communities. Trials should not end before they’ve begun. We can’t achieve justice if the game is rigged to prop up those who are already at an advantage — whether that’s because they’re white or because they have a badge and a uniform. And when systems are corrupt, they need to change.

We have a lot of systems that need to change. A criminal justice system that targets and disproportionately incarcerates people of color. A media system that concentrates power into the hands of a few and promulgates racism. A communications system that powerful companies want to control. But today we stand in solidarity with our allies and friends fighting for justice everywhere. Because #blacklivesmatter.