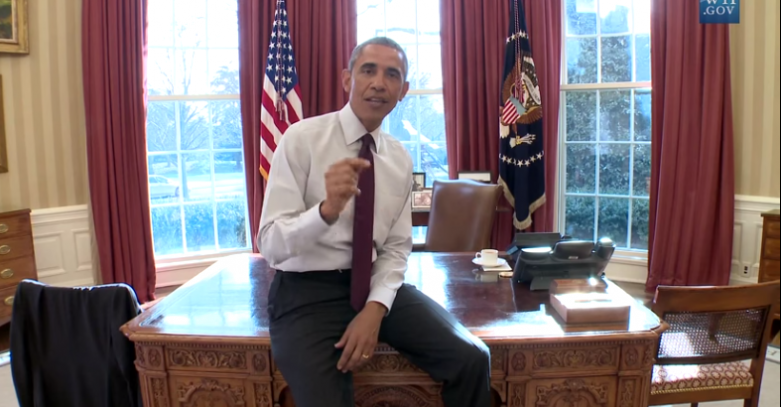 President Obama Gets Behind Muni-Broadband

On Wednesday, President Obama called for an end to rules that prevent communities from creating their own high-speed Internet networks.

During a speech in Cedar Falls, Iowa, Obama urged the FCC to preempt state laws that restrict municipal broadband networks. At least 19 are on the books in states ranging from North Carolina to Utah. In a video released prior to his speech, Obama noted that these prohibitions have “real-world consequences” across the economy and undermine choice for Internet users

Obama called these laws outdated and directed several federal agencies to get rid of rules and regulations that slow the expansion of broadband and limit competition.

It's refreshing to see political leaders stand up to the powerful phone and cable lobby in defense of everyone's rights to connect and communicate. Free Press President and CEO Craig Aaron applauded Obama’s actions and critiqued the phone and cable lobby for standing in the way of this innovation for so long.

"The industry's monopoly-minded efforts to regulate away competition are part of a long history of abusive policies that have left too many Americans stranded on the wrong side of the digital divide,” Aaron said.

Supporting communities’ ability to build their own networks is a no-brainer. Phone and cable companies have repeatedly promised to provide these services in exchange for the approval of various mergers and the gutting of consumer protections. But time and again they've failed to deliver.

Meanwhile these companies have gained notoriety for dismal customer service and sky-high rates; the American Customer Satisfaction Index consistently ranks Internet service providers like Comcast and AT&T at the bottom of its annual ratings.

Communities should have the right to treat Internet access as an essential service they can give their residents. Every American home should be connected to high-speed fiber; every person should be able to use that infrastructure to access a diverse array of affordable high-quality communications services. This is not a utopian vision but the bipartisan consensus that was at work when Congress passed the 1996 Telecommunications Act.

Despite the telecom-fueled state-by-state efforts to stop them, municipal broadband networks have gained traction everywhere from New York City and Chattanooga, Tenn. to Cedar Falls and Monmouth, Ore.

Increasingly the best and most affordable telecommunications services are offered not by incumbents like Comcast but by municipalities like these. That's all the evidence you need to prove that public interest-focused communications policies are long past due.