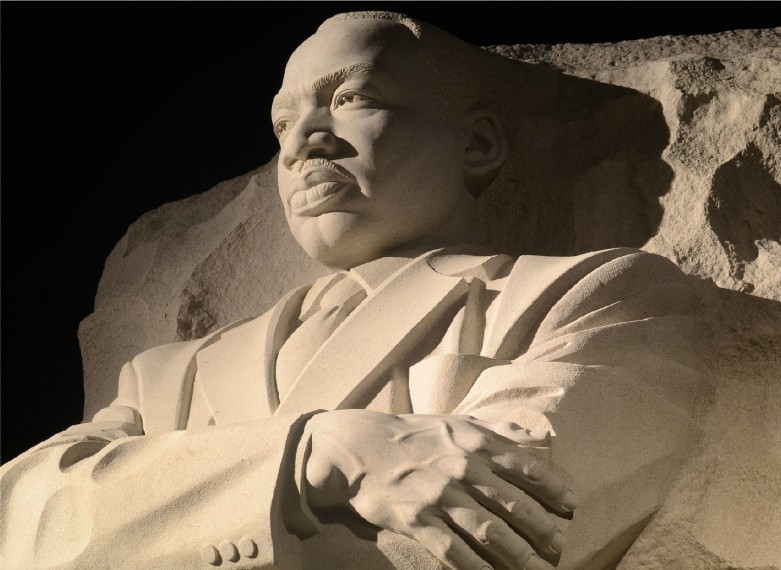 Can You Hear Us Now?

This piece originally appeared on the Common Cause blog.

Speaking just a few weeks before his assassination, Martin Luther King Jr. said, “It is not enough for me to stand before you tonight and condemn riots. It would be morally irresponsible for me to do that without, at the same time, condemning the contingent, intolerable conditions that exist in our society. These conditions are the things that cause individuals to feel that they have no other alternative than to engage in violent rebellions to get attention. And I must say tonight that a riot is the language of the unheard.”

Right now a rebellion against what many call “the new Jim Crow,” the police violence and mass incarceration decimating Black life in America, is swelling in every major American city and across the world.  Rather than provide history and context to help audiences understand this political moment or lift up the voices of those historically unheard, media coverage of this rebellion has been largely critical of the emerging movement, choosing to focus largely on property crimes and violence, recycling stale and untrue claims that there are no leaders, no demands, no vision, only misguided anger.

In a digital age, however, communities that have long been either the subject of debate or voiceless stereotype now have the means to control their own story.  The open Internet provides a way to give the voices of the unheard shape, meaning, and direction.  The digital platforms of the 21st century allow social movements to coordinate both action and message across the nation, across the world, in real time.  The prevalence of social media use among communities of color has also resulted in an increasing ability to shape debate in a way that was impossible through the consolidated confines of cable television, or the wealthy family or corporate owned print media.

From the Asian American leaders calling for a model minority mutiny, to Black communities answering the call of Black Lives Matter, or Latinos and other migrants proclaiming ‘Not One More’, many will never have the capital to own a full-power broadcast station or print media, but every one of them can own a website.  And many do.

It is their websites that represent the small content providers that will lose the most if the Internet does not remain protected by full Net Neutrality grounded in robust Title II authority.  With bright-line Net Neutrality rules, Title II authority and 21st-century forbearance principles, the Internet can be much more than another tool for segregation, surveillance, and suppression.  Without these protections, I fear the Internet will become the biggest legal facilitator of discrimination the world has ever seen.

Once upon a time, Internet access was a luxury available to only an elite few.  Once upon a time, only white landowning men were allowed to read books, buy newspapers, or vote.  While access to digital media is more widespread than ever, it remains a stratified access with rules that treat Internet users like consumers and not citizens.  Like profits, and not people.

We can do better.  For the future of our voices, our movements, and our lives, we must do better than privileging a handful of telecommunications companies to the status of rich, white landowning men. We must do better than even our 20th-century civil rights predecessors have done, with talented tenth Internet policies sponsored by Verizon, Comcast, and AT&T that leave the majority of people of color behind.

Those that seek the full protections of an open Internet in the 21st century are not corporate sponsored.  They are no different than those who sought the full protection of the vote a century ago, that still seek citizenship and all that it means.  For many, this extends beyond national borders, to a global citizenship that allows each of us the fullness of life in community with each other.

We must not allow a digital environment that acquiesces to the demands of profiteers.  We must not allow them to close our digital borders to create a replica of the racial and class hierarchy online that they have created on land.  If we are to be dreamers, if we are to pull those dreams kicking and screaming into being, we must allow neither force, nor crumbs, nor lies to stand in our way.  We must not live up to a Bill of Rights crafted as the dissident voices of African slaves, indigenous Americans, women, children, and the poor were systematically suppressed — we must live beyond it.  There is a new vision afoot for a nation that can become whole again.  We can start by not cutting the digital ties that keep us connected now.

As Dr. King stood on the precipice of a new day, so do we. We are new freedom movement, a riot taking shape, and the Internet gives us voice. This is our common cause, and we won't let it go.  You may not have heard us coming, but can you hear us now?