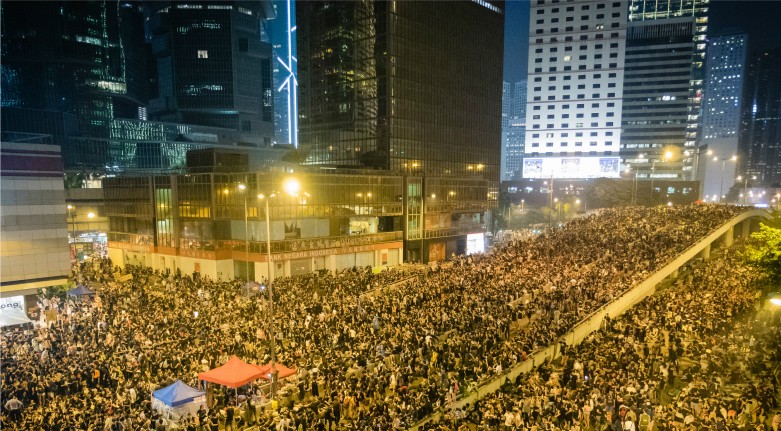 Building an Internet Movement from the Bottom Up

In the early days of the Arab Spring, Wael Ghonim declared, “If you want to liberate a society, just give them the Internet.”

Ghonim, a well-known Egyptian activist at the center of the Cairo protests, shouldn’t have stopped there. Just giving a society the Internet isn’t enough to set it free.

As pro-democracy and social justice movements have taken root on the Web, they’ve been challenged by official efforts to remake networks into tools of censorship and exclusion.

In Ghonim’s Egypt, the protesters’ optimism about the Internet after the fall of President Mubarak has plummeted under the current Sisi regime, which has silenced dissident voices in online media and imprisoned dozens of journalists.

In 2014, Egypt’s Interior Ministry drafted legislation to censor websites that “instigate terrorism.” Sites the ministry singled out included Facebook, which has become a popular channel for Egyptians to report local news, connect with a larger community and voice their dissent.

The pattern repeated itself in Turkey, where the 2013 Gezi Park protests were the country’s high-water mark for online organizing. After cracking down on park protesters, the Erdogan government imposed a ban on Twitter and YouTube. And while a constitutional court decision later overturned the ban, the repression hasn’t stopped. The regime has shuttered local websites without court orders and collected Web-browsing data on individuals who’ve spoken out.

In Hong Kong last fall, organizers of the Occupy Central movement (pictured) used mobile apps like FireChat, which enabled smartphones to connect directly to each other, bypassing cellular or Wi-Fi connections that are far easier to monitor.

In the years since Ghonim made his remarks, communications for protest movements has evolved into a digital game of cat and mouse. Journalists and activists are devising ingenious ways to get around digital blockades and filters while authorities deploy new snooping technologies to turn the Web into a tool of repression.

This uneasy balance serves as the backdrop for another battle. It’s a fight playing out among the Internet governance community — a globe-trotting tribe of non-governmental organizations (NGOs), international agencies, world leaders and corporate CEOs.

For as long as the World Wide Web has existed, these groups have debated its control and administration. What rules should govern a network that transcends national boundaries to connect people everywhere?

It’s a discussion — replete with international-agency acronyms and jargon (“multistakeholderism” anyone?) — that leaves the rest of us scratching our heads.

Where Some Are More Equal

Many leading voices in Internet governance gathered over the weekend at the World Economic Forum in Davos. During opening sessions, top executives from Google and Facebook made their claims to the fate of the Internet, declaring that the connectivity their companies offer helps reduce inequalities and injustices worldwide.

Facebook COO Sheryl Sandberg told a Davos crowd that tools like her company’s social media platform have fostered “global transformations” that are “happening faster than ever before.”

Asked whether the Internet is helping or hurting people, Google Executive Chairman Eric Schmidt drew an analogy to an earlier technology. “It’s the same that happened to the people who lost their farming jobs when the tractor came,” he said. “But ultimately a globalized solution means more equality for everyone.”

The Internet prophecies of Sandberg and Schmidt fall flat when weighed against the realities of a world where approximately 60 percent of the population is offline.

And even though the number of people who use the Internet has more than doubled worldwide since 2006, the values democracies hold have been in steady retreat.

In a 2015 survey, Freedom House found that political rights and civil liberties had declined globally for the ninth consecutive year. This marked the longest period of decline for these democratic elements since the organization began its reporting nearly 45 years ago.

The New Republic’s Jeffrey Rosen has reported on a cadre of twenty-something “deciders” at Facebook, Twitter and YouTube who determine which content gets blocked on their platforms. While they seem earnest in their regard for free speech and social justice, they often make decisions on issues they know little about that affect people in parts of the world they’ve never been to.

Too often, a social justice mindset has been absent from these high-level discussions about the Internet, says Parminder Jeet Singh, executive director of IT for Change. “Techies wield considerable social and political power and they, regrettably, are just not the social justice kinds in a traditional movement way.”

At the same time Internet-enabled democracy and justice movements are spreading across the planet, the Davos set has been reluctant to embrace protesters’ more disruptive demands, says Singh.

“In that vacuum has stepped a queer mix of messianic, global Internet businesses, techie groups seeking to retain social and political power,” he said in an email interview. Also included “are some specialized professional NGO groups, many of them heavily funded by both economic and political forces that are dominant and therefore prefer the status quo.”

On the day the World Economic Forum opened, Singh’s IT for Change announced a coalition of civil society organizations focused on connecting the global Internet freedom movement to people everywhere. The work focuses on bringing together groups with real grassroots reach in their respective communities.

The coalition is based on the belief that the Internet must evolve in the public interest with the full participation of the billions of Internet users who aren’t in the mix at Davos.

It plans to build a global network that can better organize and amplify the concerns of people who are on the wrong side of the digital divide. The group plans to convene the first Internet Social Forum later this year.

In the end, the Internet is simply an effective tool for connecting people. Whether the network becomes a force for good or evil is up to its users.

It’s only because millions of people have mobilized in defense of our rights to connect and communicate that the Internet pendulum occasionally swings toward doing good.

And we’re the ones — not those speaking in Davos — who will ultimately save the Internet.