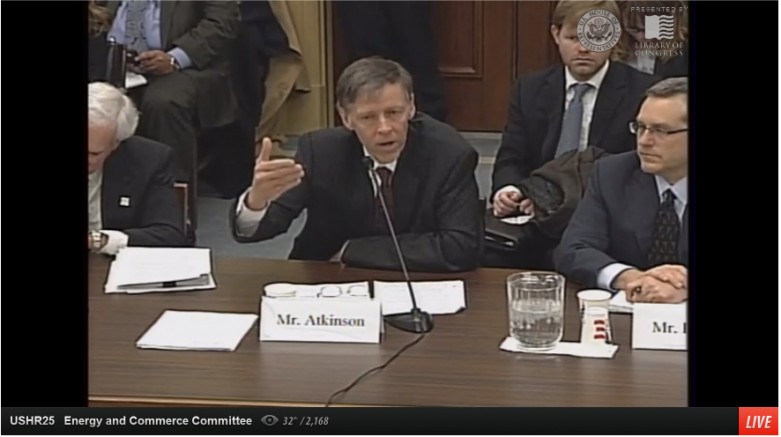 Wednesday morning began with a bit of political theater courtesy of the House Communications and Technology Subcommittee, which held a hearing on the Net Neutrality rules up for an FCC vote on Thursday.

Three of the four witnesses were phone and cable industry-funded spokespeople and pundits enlisted by their congressional allies to spread fear about Net Neutrality — and stop the FCC from protecting the rights of Internet users.

This 11th-hour hearing seemed designed solely to advance the cable lobby's agenda. Since FCC Chairman Tom Wheeler announced plans to move forward with strong open Internet rules under Title II of the Communications Act, phone and cable lobbyists have ratcheted up their rhetoric — going so far as to claim that the FCC action would embolden the world's dictators to crack down on free speech online.

And today witnesses serving AT&T, Comcast, Verizon and their ilk repeated many of the most outrageous lies about Net Neutrality.

Their claims bore little resemblance to the law and the facts. No, Title II isn't Internet regulation or “Obamacare for the Internet,” and it won't turn the Internet into a weapon of mass destruction.

Big cable and telecom companies have paid their lobbyists and public relations firms to deceive the public with these claims. But the public isn’t buying it. That's why millions of people have urged the FCC to make strong rules and protect our rights to connect and communicate online. And it's why Chairman Wheeler has proposed protections built on Title II’s solid legal footing.

Breaking it down point by point, here’s a thorough debunking of the fear-mongering on Capitol Hill:

One of Title II’s many benefits is that it draws a bright line between our common-carrier communications networks and the speech that flows over them. Those who conflate the two are either confused or dead set on confusing others. Net Neutrality rules don’t regulate what’s on the Internet, just as the FCC’s rules for phone networks don’t regulate what people say on phone calls. We’ve always had these kinds of protections in place for our communications networks, and we still have them today for essential services like wireless voice and business-grade broadband services.

Those who are in the pocket of the cable industry keep insisting that Title II will lead to billions in new Internet taxes. These claims have been thoroughly and repeatedly debunked. Sen. Ron Wyden, author of the Internet Tax Freedom Act, called the notion of billions in new taxes “baloney.” The Washington Post said that the so-called research behind these claims is riddled with significant factual errors and obvious contradictions. A Free Press filing demolished these unsubstantiated arguments nearly two months ago.

Claims that Title II harms broadband investment have also been repeatedly debunked — not just by independent advocates like Free Press, but by the CEOs and chief financial officers of Verizon, Comcast, Charter, Time Warner Cable and Sprint in their presentations to investors and, in the case of Sprint, to the FCC itself. And just last week T-Mobile’s COO told the Wall Street Journal that he wasn’t worried about rules based on Title II.

No independent investment analyst gives any credence to these supposed harms, and neither does Wall Street. And as Free Press explained on Monday, U.S. wireless carriers invested more of their earnings back into their networks during the Title II era than they have since the FCC classified mobile broadband as a Title I service.

"Industry representatives are sure to repeat their recent claims that Title II-style policies have hurt broadband investment overseas, or that U.S. wireless investment supposedly boomed after the FCC put mobile broadband outside of Title II,” said Free Press Research Director S. Derek Turner. “These claims are false and are based on shoddy analysis.”

A recent Free Press filing to the FCC reveals that despite the European Union's lower average standard of living, E.U. carriers on average reinvest the same amount of their earnings back into the network as U.S. companies do. The deployment, quality and adoption of broadband are virtually the same in Europe as they are in the United States. But there’s actual competition in much of Europe, which is why consumers there spend half as much per capita on communications as U.S. consumers do, and why broadband prices are falling in Europe and rising here.

On the FCC Process

Real open Internet protections must be based on Title II, which was updated with overwhelming bipartisan support in the 1996 Telecom Act. This wasn’t a partisan issue then, and it shouldn’t be one today. Support for real Net Neutrality is present across the political spectrum, and more than 80 percent of self-identified conservatives want strong rules.

In fact, the reason the court twice overturned the FCC’s previous open Internet protections is because the agency failed to root them in Title II.

The threat of endless litigation is a red herring. Some broadband providers may still sue the FCC, but the agency has the best chance of winning on the rock-solid authority of Title II. The FCC is nearing the end of a year-long process that invited and attracted unprecedented public input. The claim that this process lacked all transparency is another ploy calculated to delay the FCC from making the decision that the public overwhelmingly supports.