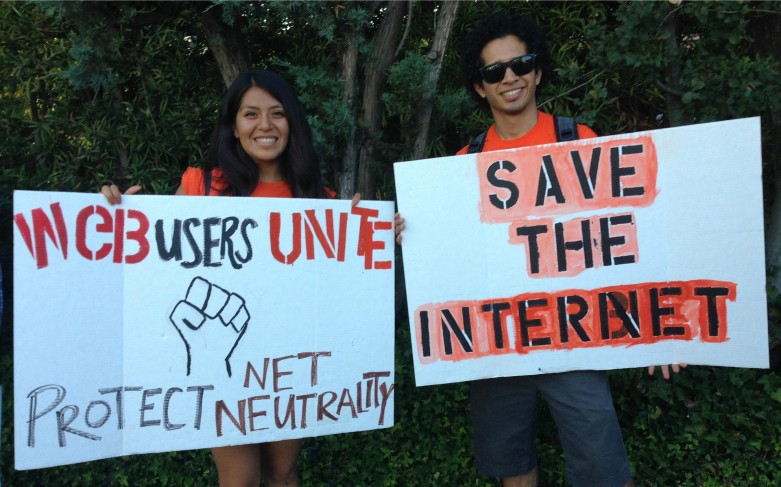 Why All Americans Should Cheer the FCC's Net Neutrality Decision

This originally appeared on Medium.

On Feb. 26, the Federal Communications Commission, or FCC, adopted Net Neutrality rules. Millions of Americans have been following this issue, yet many more are wondering what exactly just happened, and how it affects them.

So what happened last Thursday? Briefly, the FCC majority, by a 3–2 vote, enacted rules that prevent Internet service providers like Time Warner Cable, Verizon and AT&T from discriminating online, whether Internet users are connecting at home or on mobile devices. This means they cannot block access to websites or create fast lanes to the websites of rich companies that pay them extra to reach Internet users at greater speeds.

For example, Walmart’s website will be equally accessible to Internet users as a small business website. This is why the 1.3 million sellers on the online marketplace, Etsy, including thousands of people of color, have so successfully turned home crafting into successful businesses.

In addition, the FCC exercised its legal authority to impose these rules through a process called “Title II reclassification.” The practical effects of this legal jargon are that the FCC can ensure that Network Neutrality rules withstand legal challenges, and it can move forward with other initiatives to make broadband more affordable and accessible for rural and poor Americans. Indeed, on Thursday FCC Commissioner Clyburn said that this process will allow the FCC to modernize Lifeline, which subsidizes telephone service for poor Americans, for the digital age.

The FCC’s decision is a civil rights victory with special implications for people of color. It opens doors for Internet users to excel academically, economically and politically, all areas where people of color have lagged behind due to economic disparities and discrimination.

In addition to overcoming educational barriers, communities of color use the Open Internet for economic gains. Traditionally, industry gatekeepers decided which creators could participate in the marketplace. But today entrepreneurs of color raise capital and reach large customer bases through the Open Internet. Tabitha Brown, owner of Etsy store “ThePairabirds,” which sells contemporary art featuring people of color, has explained that her customers “are happy to find artwork of people that look like them” and that Etsy promotes “art, design, and styles that are pretty much ignored by the mainstream.”

Similarly, communities of color frequently use the open Internet to engage in the political process and fight for racial justice. For instance, Erika Andiola, a DREAMer, mobilized people to speak out against immigration raids after posting a video of ICE detaining her family.

The National Hispanic Media Coalition, a nonprofit civil rights and media advocacy organization for the advancement of Latinos, began pushing for Net Neutrality in 2009 while other civil rights organizations were silent on the issue. In comments filed with the FCC in January 2010, NHMC noted that Net Neutrality rules “are necessary to ensure that all people — especially people of color, who have been traditionally under and misrepresented on mainstream media — enjoy opportunities to share their stories fairly and accurately.”

Today over 100 visionary civil rights leaders champion this fight, including the Center for Media Justice, ColorOfChange.org, Free Press’ Joseph Torres, Rep. Raúl Grijalva and Sen. Cory Booker, to name just a few. They understand that the FCC’s Network Neutrality decision will protect the Internet that users have come to expect, and open doors to affordable access for the millions of unconnected Americans.

Those who support Thursday’s FCC decision are Network Neutrality champions. The others are on the wrong side of history and public opinion.

At the end of the day one thing is clear: the FCC officials responsible for this historic decision, Chairman Tom Wheeler, Commissioner Mignon Clyburn and Commissioner Jessica Rosenworcel, will go down in history as digital equality heroes.