SXSW Airplane to Sen. Cruz: Don't Be an Enemy of the Internet 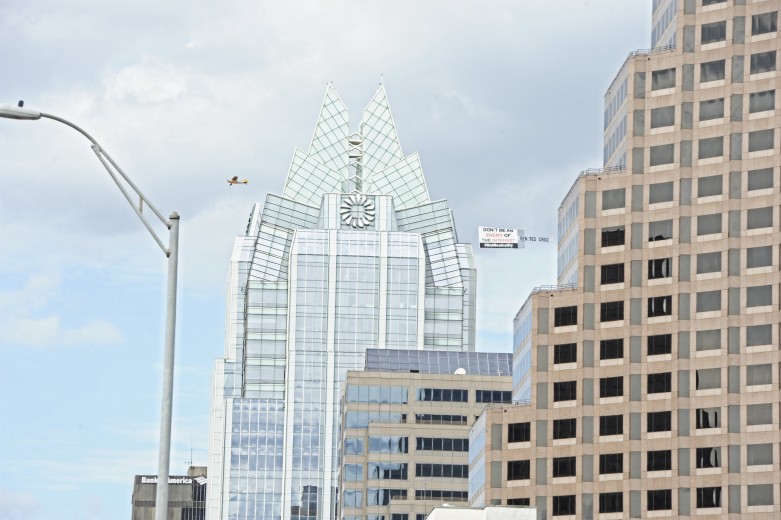 Net Neutrality advocates took to the sky at the start of the annual South by Southwest (SXSW) Interactive Festival in Austin on Friday.
To mark the first two days of the event, Demand Progress, Fight for the Future and the Free Press Action Fund are flying an airplane towing a 1,500-square-foot banner calling out Sen. Ted Cruz for his opposition to the open Internet.
The banner reads “Don't Be an Enemy of the Internet Sen. Ted Cruz” and will fly around downtown Austin, up and down the major arteries that will be clogged with technologists and conference-goers for the next few days.
Cruz opposes online protections for Internet users, calling Net Neutrality rules "Obamacare for the Internet." Just halfway through his first term in the Senate, Cruz has already received more than $60,000 in campaign donations from the same phone and cable companies trying to kill Net Neutrality.
After the FCC’s historic vote for Net Neutrality on Feb. 26, it’s clear where the public stands on this issue. More than 4 million people calling for real Net Neutrality weighed in at the agency. But that hasn’t stopped members of Congress from spreading misinformation about what the rules will do.
The Internet’s message to Sen. Cruz is clear: Stand with your constituents, not the cable companies.
If he can't see the writing on the wall, perhaps he will see it in the sky ...