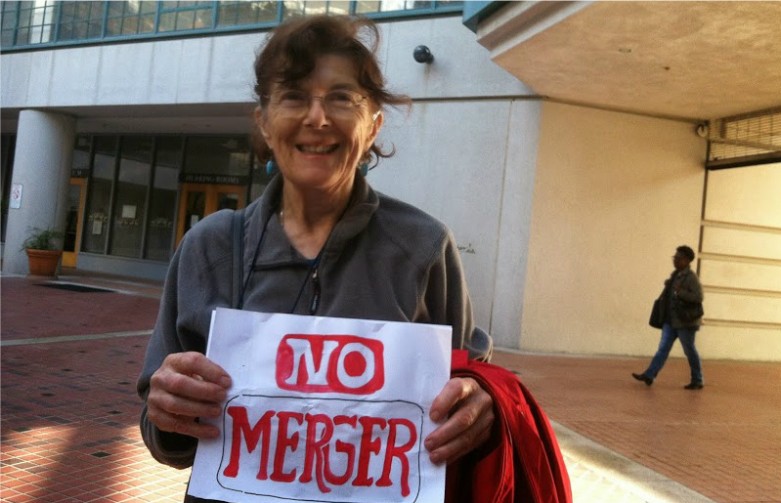 In the words of HBO’s John Oliver, there is no shortage of “cable company f*ckery” to go around.

Want an example? Look no further than Comcast.

The company claims to support Net Neutrality but its track record suggests otherwise. It’s fought to kill competition by pushing bills that prohibit municipal broadband networks. It says its Internet Essentials program has helped low-income communities get online, but restrictive conditions have limited the number of people who can participate.

The company routinely ranks at the bottom of customer-satisfaction surveys and was twice voted the “Worst Company in America.” And its tendency to insult its own customers has gotten so bad that The Verge created a satirical Comcast customer-name generator.

Those of us who can bear looking at our bills know that this giant company likes to keep our prices high — and it gets away with it since many communities have no alternative providers. Comcast Executive VP David Cohen said the company isn’t “promising that customer bills are going to go down or even increase less rapidly” as a result of its proposed merger with Time Warner Cable.

This takeover would give unprecedented market power to a single anti-consumer and anti-competitive colossus.

States where Time Warner Cable systems would transfer over to Comcast get a chance to weigh in on the merger — and big states like California and New York have a lot of influence.

In February, a California judge recommended approval of the merger so long as Comcast agreed to meet certain conditions. The judge noted that the transaction as it currently stands “would more than double the size of Comcast’s footprint in California, increasing the number of California households served by Comcast from approximately 34 percent to 84 percent.”

The California Public Utilities Commission (CPUC) will soon vote on whether to approve the merger. And now many of the same people who fought for real Net Neutrality are mobilizing against this disastrous deal.

Last Thursday, more than 40 activists showed up at a public CPUC meeting to oppose the merger. Groups like Common Cause, Consumers Union, the Courage Campaign, Daily Kos, Free Press, the Greenlining Institute, the Media Alliance and The Utility Reform Network are urging their California members to speak out — and so far more than 90,000 Californians have voiced their opposition. This kind of activism builds on the recent Net Neutrality victory, which showed that millions of people are willing to mobilize against any effort to mess with the Internet.

The CPUC has indicated that it will approve the deal if Comcast accepts the judge’s recommended conditions. Yet Comcast already has raised objections to these conditions.

But nothing could mitigate the harms of this transaction. Instead of negotiating with Comcast, the CPUC should reject the merger outright.