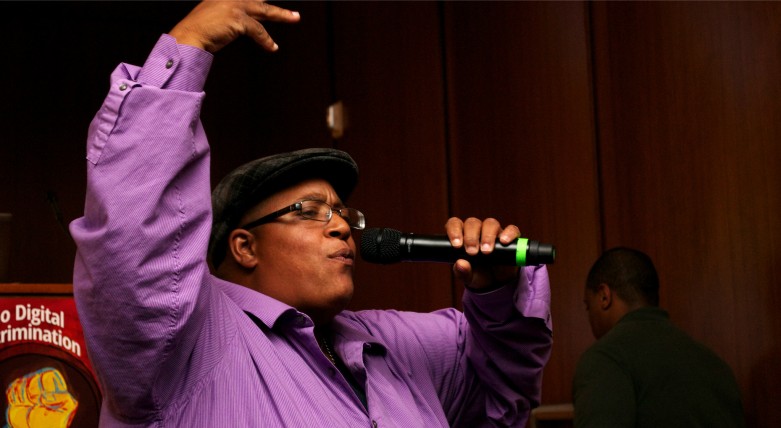 The fight for Net Neutrality is a critical racial justice issue.

This is why more than 40 racial justice and civil rights groups sent a letter to congressional leaders this morning — to protest attempts to strip the FCC of its authority to enforce its historic Net Neutrality rules.

Thanks to the Internet, the letter reads, communities of color “have been able to better participate in our democracy, tell our own stories, strive toward educational excellence and pursue economic success.”

This morning marked the first of five committee hearings scheduled as part of a larger effort to overturn the FCC’s rules. The letter was sent to the leaders of the House Oversight and Government Reform Committee and will be sent to the leadership of the remaining congressional committees in both the House and the Senate.

Pictured: Malkia Cyril, the executive director of the Center for Media Justice, one of the letter's signers.