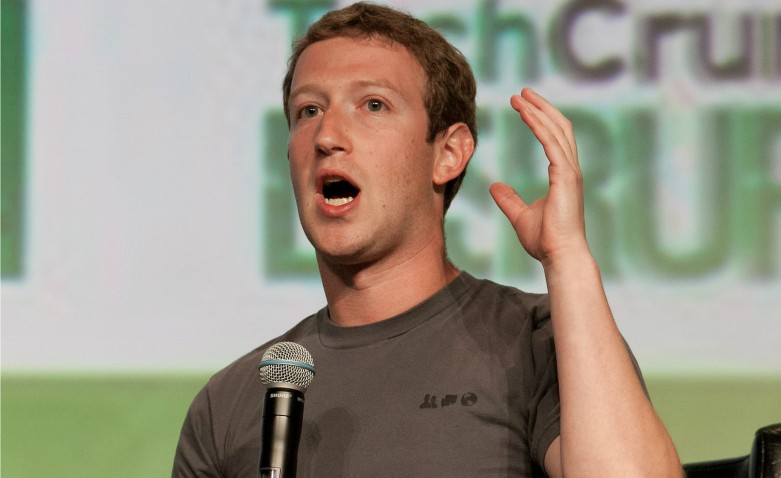 Global Internet Activists Give Thumbs Down to Facebook's Internet.org

This piece originally appeared on BillMoyers.com.

Mark Zuckerberg’s plan for world domination is in trouble.

The billionaire Facebook founder recently took to his social network in a bid to save Internet.org, his plan to give billions of the planet’s poorest people a limited taste of the World Wide Web.

“We have a historic opportunity ahead of us to improve the lives of billions of people,” he said in an impassioned video plea. “It’s just the right thing to do.”

Internet.org is essentially a mobile application that provides free access to a handful of other applications, platforms and websites, including Facebook, Wikipedia and the BBC. Use of Internet.org comes at no cost; local carriers stream data via the service for free.

As apps go this might seem well and good but Zuckerberg sees Internet.org as far more than an app. If things proceed as planned, it will represent the entirety of the Internet for a significant proportion of the world’s population.

And that’s the problem because Internet.org isn’t the Internet. It’s an enclosed digital domain that doesn’t benefit the poor so much as it pads Facebook’s bottom line. Imagine the benefits of a billion new subscribers for a company whose business is built on harvesting user data.

As Facebook pushes Internet.org from continent to continent, backlash against the effort has also spread.

From India to Indonesia, Brazil and Africa

The plan ran aground in India last month as local Net Neutrality supporters saw Internet.org as a violation of the open Internet. They rallied Indian activists and pressured mobile phone services to abandon the Facebook partnership. Several prominent partners withdrew from the program, citing concerns about Facebook’s gatekeeper approach.

It’s now facing opposition in Brazil, where local digital rights advocates sent a letter to President Dilma Rousseff objecting to the government’s partnership with Internet.org. “We believe this project … could jeopardize the future of Brazil’s information society, the digital economy and the rights of users on the network, such as privacy, freedom of expression and Net Neutrality,” the letter reads.

In Indonesia, one of the largest mobile carriers, XL Axiata, recently withdrew from the initiative, citing the controversy in India among other concerns. And tech entrepreneurs and activists across North and East Africa are organizing opposition to Internet.org at two upcoming regional conferences.

Meanwhile, Facebook’s high-profile scheme has overshadowed local efforts to get people connected to the full Internet.

Last week Zuckerberg launched a passive-aggressive response to the mounting opposition. “We have to ask ourselves what kind of community do we want to be,” he said. “Are we a community that values people and improving people’s lives above all else? Or are we a community that puts the intellectual purity of technology above people’s needs?”

Lurking behind this false choice is a critique of the global Net Neutrality advocates who have led the charge against Internet.org.

“It’s not the community of people that are fighting for Net Neutrality that are depriving people of full Internet connectivity,” said Niels ten Oever, head of digital for free speech group Article 19. “It’s the telcos, companies and governments that have the capacity and resources to do so, but who don’t.”

“If defending Net Neutrality is a challenge, try convincing policymakers that there are better solutions to affordable access than offering the ‘free Internet’ via cellphones,” Cristiana Gonzalez of the University of Sao Paulo wrote in an email. Gonzalez points to ambitious programs like GESAC, a collaboration between the Brazilian government and communities that provides high-speed connectivity to some of the country’s most underserved and remote regions.

In their letter to Brazilian President Rousseff, advocates mention alternatives to Internet.org like Uruguay’s Plan Ceibal, which promotes free access, and Coletivo Digital, which is attempting to build 3,000 “digital inclusion telecenters” across the country.

“The Googles and Facebooks of the world can lure local users onto their global sites and platforms, but what happens to local Internet entrepreneurs who are trying to launch their own online businesses and services?” asked Ali Hussein Kassim, a Nairobi-based tech entrepreneur and advocate.

Kassim is helping to place Internet.org on the agenda of African Internet forums in Tunisia later this month and in Nairobi in July.

Kenya has launched a Universal Service Fund, which obligates telecommunications companies to contribute a small percentage of revenues to connecting rural and low-income communities. While the program remains untested in the field, Kassim is encouraged that program funding has begun to flow.

“To argue that providing a non-neutral Internet to people in poverty is better because it’s free is to say that such people do not require the public policy protections that are provided to others,” said Parminder Jeet Singh, executive director of IT for Change in India. Activists in India, who have collected more than a million signatures in support of Net Neutrality protections, are among those most vocally opposed to Internet.org.

Zuckerberg doesn’t want to offer poor people the open Internet; he wants to provide access to only the sites that meet Internet.org’s criteria. The Zuckernet is a small universe where you can “like” your favorite pet meme, look up Wikipedia’s definition of “paternalism” and read text-based news briefs from the BBC World Service.

Because of its limitations on data usage, Internet.org isn't a place where you can upload videos exposing local corruption or police brutality. It’s not a place where you can share photos with distant family members. And if you’re hoping to start your own online business, you’ll first have to maneuver through Facebook’s predatory approval process and privacy policy before you can charge customers.

The real Internet is the better option, of course. And there are genuine efforts underway to connect more people in the regions Zuckerberg has targeted.

If Zuckerberg actually cares about helping the world’s poorest in this way, he should use his wealth and influence to boost the initiatives that are already on the ground.

As Internet.org sputters, the tech billionaire should chart a new course — one that supports the people and organizations that have devoted a great amount of time and energy to solving this problem.