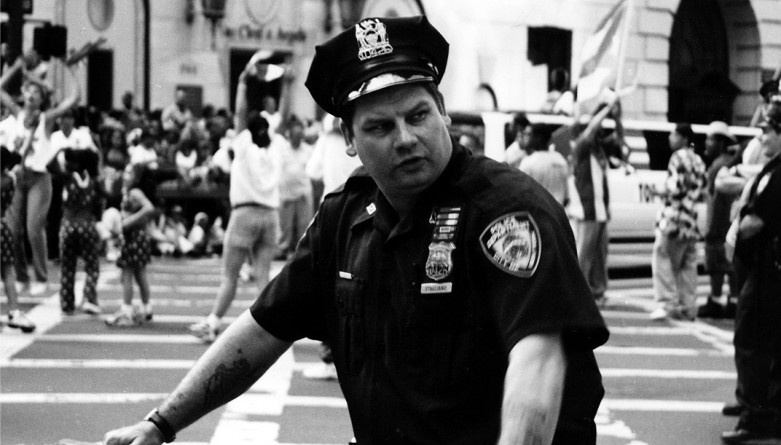 Over the past year, in the wake of multiple police killings of unarmed Black and Latino men, women and children, support for body-worn cameras has gained momentum, with both the White House and police officers advocating for their use.

But there’s also a great deal of concern that body cameras will be used to violate the civil rights of communities of color.  This is why a coalition of more than 30 civil rights, privacy and public interest groups released a set of principles on law enforcement’s use of these devices.

Among the signers are the American Civil Liberties Union, the Center for Media Justice, Free Press, The Leadership Conference on Civil and Human Rights, the NAACP and the National Council of La Raza.

The principles call for police to develop body-camera policies with the public’s input, to limit the use of facial-recognition technologies, and to prohibit officers from viewing any footage before filing their reports.

The guidelines seek to protect the public’s civil rights. But these principles do not endorse the use of body cameras or serve as a substitute for broader police reforms.

“These guidelines can help ensure that cameras are tools for accountability — not instruments of injustice,” said Wade Henderson, president and CEO of The Leadership Conference on Civil and Human Rights. “Without fair and transparent standards for the use of body-worn cameras, police departments risk exacerbating the problems they are seeking to fix.”

In fact, there isn’t enough research showing that body cameras actually prevent or even reduce the incidence of police brutality. They could even worsen police misconduct.

“We’re worried that these expensive technologies will do little to curb systemic abuse,” write Danah Boyd and Alex Rosenblat, researchers at the think tank Data & Society. “But what really scares us is the possibility that they may magnify injustice rather than help eradicate it.”

The Center for Media Justice (CMJ) expressed concern that body cameras could allow law enforcement to collect data since they face the public rather than the police. This is why the coalition is advocating for guidelines that would protect “overly policed communities from additional high-tech surveillance.”

There’s reason to be wary. The Center for Investigative Reporting examined how the Taser company aggressively markets its body cameras to police departments. At a company sales event last year, for instance, Raymond Schultz, a former Albuquerque police chief and a former Taser consultant, touted the importance of body cameras since they give law enforcement the ability to “control the message and the news.”

Here’s the complete text of principles and the list of endorsers:

Mobile cameras operated by law enforcement may play a valuable role in the present and future of policing. Whether they’re worn by an officer or mounted on police equipment, cameras could help provide transparency into law enforcement practices, by providing first-hand evidence of public interactions.

But police-operated cameras are no substitute for broader reforms of policing practices. In fact, cameras could be used to intensify disproportionate surveillance and enforcement in heavily policed communities of color. Without carefully crafted policy safeguards in place, there is a real risk that these new devices could become instruments of injustice, rather than tools for accountability.

To help ensure that police-operated cameras are used to enhance civil rights, departments must:

1. Develop camera policies in public with the input of civil rights advocates and the local community. Current policies must always be publicly available, and any policy changes must also be made in consultation with the community.

2. Commit to a set of narrow and well-defined purposes for which cameras and their footage may be used. In particular, facial recognition and other biometric technologies must be carefully limited: if they are used together with body cameras, officers will have far greater visibility into heavily policed communities—where cameras will be abundant—than into other communities where cameras will be rare. Such technologies could amplify existing disparities in law enforcement practices across communities.

3. Specify clear operational policies for recording, retention, and access, and enforce strict disciplinary protocols for policy violations. While some types of law enforcement interactions (e.g., when attending to victims of domestic violence) may happen off-camera, the vast majority of interactions with the public—including all that involve the use of force—should be captured on video. Departments must also adopt systems to monitor and audit access to recorded footage, and secure footage against unauthorized access and tampering.

4. Make footage available to promote accountability with appropriate privacy safeguards in place. At a minimum: (1) footage that captures police use of force should be made available to the public and press upon request, and (2) upon request, footage should be made available in a timely manner to any filmed subject seeking to file a complaint, to criminal defendants, and to the next-of-kin of anyone whose death is related to the events captured on video. Departments must consider individual privacy concerns before making footage available to broad audiences.

5. Preserve the independent evidentiary value of officer reports by prohibiting officers from viewing footage before filing their reports. Footage of an event presents a partial—and sometimes misleading—perspective of how events unfolded. Pre-report viewing could cause an officer to conform the report to what the video appears to show, rather than what the officer actually saw.

Center for Democracy and Technology

The Lawyers’ Committee for Civil Rights Under Law

The Leadership Conference on Civil and Human Rights

* Affiliation for identification purposes only