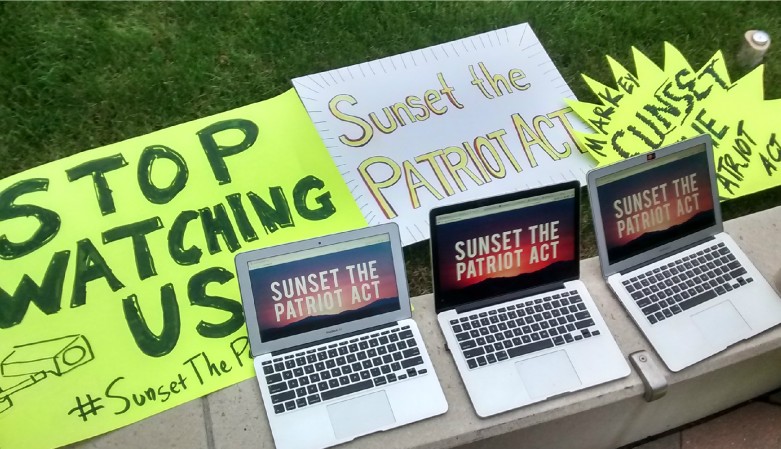 The Sun Must Set on Mass Surveillance

The Senate’s pro-surveillance wing is scrambling to advance new legislation to preserve the NSA's unchecked ability to spy on all of us.

And they’re in a rush. Authorization for the federal government’s bulk collection of phone records is set to expire on June 1.

Their efforts were scuttled last Friday — moments before members of Congress returned to their home states for the week-long Memorial Day recess — as Senate Majority Leader Mitch McConnell failed to muster the votes needed to continue the surveillance program under Section 215 of the Patriot Act.

Set aside for the moment that a three-judge federal appeals court recently ruled that this government dragnet is illegal under Section 215. Or that newly declassified documents show that intelligence officials couldn’t identify a single instance where bulk collection played a pivotal role in preventing a terrorist attack. And then consider what some in Congress are hoping to accomplish with an extension of the program.

Burr’s and Feinstein’s proposals would undermine the most fundamental privacy rights of hundreds of millions of Americans. The proposals— the FISA Improvements Act of 2015 and the FISA Reform Act of 2015 — fly in the face of overwhelming public concern that government spying has gone too far.

Before Memorial Day weekend, activists and Internet users of varying political stripes gathered outside dozens of Senate home offices across the country to tell Congress that mass spying under the Patriot Act is illegal, unpopular and ineffective.

Others are now calling Congress and dropping off letters at district offices to demand that their elected members “stand on the right side of history by opposing and obstructing reauthorization of expiring Patriot Act provisions.”

On Thursday a coalition of more than 50 advocacy groups, including the ACLU, the Center for Democracy and Technology, and the Free Press Action Fund, sent a letter to Senate leadership in opposition to Burr's and Feinstein's plans to extend the program.

These proposals “would result in the establishment of even more secret law,” the letter reads. “And surveillance programs implemented thereunder may again contravene to congressional intent and public wishes.”

Senators will return to Capitol Hill on Sunday afternoon — and unless they extend it, Section 215 will "sunset" at midnight ET on June 1.

That date will mark nearly two years since Edward Snowden exposed the unprecedented level of spying conducted at the NSA and other intelligence agencies. A handful of people in Congress knew of these far-reaching programs. And while some tried to warn us of the broad and dangerous interpretation of the law, Congress continued to grant the government nearly unlimited power to spy on all types of communications, including communications of people who weren’t suspected of any wrongdoing.

Government intelligence agencies hold up Section 215 as one of a litany of laws that supposedly justify their ongoing abuse of our rights.

But the language of the national security laws in question hasn't withstood scrutiny in the court of law or public opinion. And the public must speak out now to close this chapter on mass surveillance and restore everyone’s rights to connect and communicate in private.