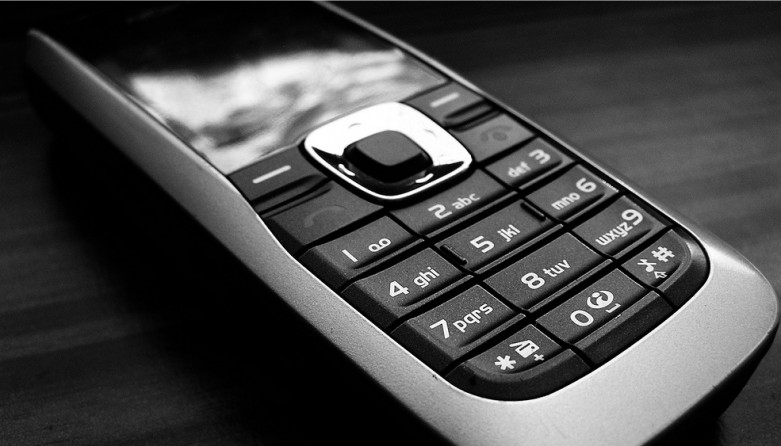 Lifeline Is a 'Pathway Out of Poverty'

Lifeline has tremendous potential to dramatically improve the lives of millions of Americans. This is an exciting moment in history: We have the opportunity to explore important improvements to the program and to modernize it for the digital age. This will provide a pathway out of poverty — a pathway to success — to some of our country’s poorest people.

As a former Lifeline recipient, I know firsthand how life-changing it can be. In 2004, after being laid off from my teaching job, I was on Lifeline for a short while. With my Lifeline telephone subscription, I was able to list a reliable phone number on my resume as I searched for jobs and use my phone to communicate with the law school admissions and financial aid offices that ultimately made it possible for me to become an attorney.

Today, Lifeline infrastructure can — and should — be modernized to enable all Americans to participate in our society. As we look forward to the release of the Federal Communications Commission’s related notice of proposed rulemaking, and applaud yesterday’s introduction of the Lifeline-centric Broadband Adoption Act of 2015, it appears we will have ample opportunity to do more than explore improvements to the program, and hopefully adopt a number of improvements at the FCC within the year.

One of the questions posed in this hearing is how to improve the effectiveness of Lifeline. Lifeline is a program designed to help make modern communications services affordable to low- income families by providing a modest, $9.25 subsidy for households participating in a number of other assistance programs or living below 135 percent poverty. Yet it has not been modernized to fully support broadband connections. As members of this subcommittee are well aware, broadband Internet access has become an essential service, and it has become increasingly critical in promoting the economy, public health, public safety, and education. I can think of no better way of improving the effectiveness of Lifeline than by supporting the FCC’s efforts to modernize it for the broadband age and encouraging the agency to complete the process by the end of this year.

I do not need to elaborate to this subcommittee how critical home broadband access is to nearly every facet of modern American life. The FCC’s Broadband Adoption Taskforce has defined the digital divide that exists between those that have broadband and those that do not as an “opportunity divide” that manifests itself in a number of ways. For instance, more than 80 percent of Fortune 500 companies, including huge employers like WalMart and Target, only accept job applications online. In the next decade, nearly 80 percent of jobs will require some digital literacy skills. And students with broadband at home graduate at a higher rate than students who lack such access. Consumers with broadband at home can save up to $7,000 per year on goods and services, and annual revenues of small businesses with broadband access are, on average, $200,000 higher than those without broadband.

Yet despite the breakneck pace to embrace the efficiencies and benefits of the Internet through all sectors of our economy and society, we, as a country, have not demonstrated a similar sense of urgency when it comes to ensuring that all Americans are able to access the Internet. Many of those that could benefit most from broadband remain unconnected. According to a 2013 Pew Research Center study, 30 percent of Americans lack home broadband. These people are more likely to be poor, African American, Latino, Native American, rural and/or seniors. For people under 65, the primary reason cited for non-adoption is cost.

Furthermore, in recent years, broadband adoption has remained stagnant. And, perhaps more troubling, the latest data indicates that broadband adoption actually posted a slight decline among lower-income communities. Those who are unsubscribing from broadband cite cost as their number one reason for disconnecting. Fewer than half of households earning less than $25,000 have broadband at home.

Three instances where the broadband opportunity divide is particularly striking are education, rural life and healthcare.

As a former public school teacher, I would be remiss not to underscore how the digital divide is creating strikingly unequal provision of public education across this great country. In recent years, FCC Commissioner Jessica Rosenworcel has raised serious concerns about what she calls the Homework Gap, which refers to the following phenomenon. Seven in 10 teachers assign homework that requires broadband access yet, according to FCC data, one in three households do not subscribe to broadband services. Five million households with school-aged children are falling into this gap.

A recent survey by the Hispanic Heritage Foundation and the Family Online Safety Institute revealed that nearly 100 percent of high school students say they are required to access the Internet to complete homework assignments outside of school. Nearly 50 percent reported that they have been unable to complete a homework assignment because they did not have access to the Internet or a computer, and 42 percent say they received a lower grade on an assignment because of lack of Internet access. Pew research shows that half of teachers in low- income communities say their students’ lack of home broadband access has been a barrier to integrating technology into their lessons.

A very dear friend of mine teaches fourth grade in Inglewood, California, a Los Angeles suburb. Inglewood is a low-income neighborhood and the majority of residents are Latino or African American. My friend tells me how some her students have come to school with shoes three sizes too big, or jackets with holes in them, or worse, hungry. And they are expected to learn and succeed without having their basic needs met.

With the new state Common Core standards, these children — nearly half of whom, she estimates, do not have home broadband access — will be taking standardized exams online. The state standards direct teachers to integrate technology into lesson plans and homework. The textbooks — often shared one to every two or three students — are teeming with digital learning opportunities. Yet she cannot assign online homework or even integrate technology into her lessons because she knows that many of her students do not have adequate Internet access, and thus would be on unfair footing.

Her students have access to the school computer lab for 30 minutes a week, and she has only two computer modules in her classroom, both of which are old and in disrepair. She tells me that simple research assignments that would take a day or two in classrooms where 100 percent of students have home broadband access, carry on for weeks and sometimes months. But currently, she spends her time teaching basic computing and Internet navigation skills so her students can be minimally prepared for California’s move to online exams.

In the beginning of the school year, my friend invited me to speak with her students and tell them about my journey to becoming an attorney. I was met with a room full of bright, ambitious and enthusiastic kids. I asked them about their dreams, and they told me that they wanted to be veterinarians, fashion designers, teachers and police officers. These kids have so little in the way of material possessions, but they have big ambitions and big desires to give back to our society.

It is our job to arm them with the tools to do so. To balk at this task is not just to throw aside the core American principle of educational equality, it is giving up on our own future as a country — overlooking aspiring talent just because their parents do not have the resources to provide Internet access. Tomorrow is too late. We must act boldly, and we must act now.

Simply put, it is past time that the federal government took serious steps to address the affordability of broadband for low-income families. After all, affordability is the main barrier to broadband adoption for many segments of the population and it is, by a wide margin, the number one reason that families that have previously adopted broadband cancel their service and fall offline. This is a task for which Lifeline, the only government initiative that directly addresses the affordability barrier to adoption of communications services, is particularly well suited.

For rural communities, the promise of broadband to lower geographic barriers and provide access to an incredible world of new services and resources cannot be overstated. We, as a country, continue to invest significant sums through other Universal Service Fund programs to ensure that every corner of our nation has access to advanced telecommunications networks.

While this important work continues, we would only be completing half the job if we deliver access to communities while failing to address the significant number of rural families who cannot afford to adopt the service once their home is connected. In fact, extensive research has shown broadband adoption, not access, is the primary driver of positive economic outcomes. Researchers analyzed county-level data to compare non-metro areas in terms of broadband availability, adoption and economic growth between 2001 and 2010. They found that rural counties that reached or exceeded a broadband adoption rate of 60 percent or higher experienced higher income growth and less growth in unemployment. Those where household broadband adoption was less than 40 percent exhibited lower growth in number of businesses and total number of jobs. Broadband adoption is the key to prosperity for rural Americans.

Data shows that, for lower-income rural households where broadband is available, affordability is the main barrier to adoption. Lifeline, which exists to directly address affordability of communications services, can help.

Finally, for low-income communities, particularly in rural areas, broadband is becoming increasingly important to improving access to healthcare and driving down costs. The FCC recently told the story of the residents of Ruleville, Mississippi, a rural community with a population of just over 3,000 in which 58 percent of children live in poverty. The town, as the FCC recounted, has one doctor, one hospital, and skyrocketing levels of diabetes, obesity, and unemployment. Despite all of this, the town is at the forefront of the broadband medicine revolution. One of its greatest success stories is its ability to remotely monitor diabetes patients over broadband connections. Not only has this improved the quality of lives of patients, but hospital visits for diabetes-related issues have fallen significantly.

This is just one example of how helping low-income people afford broadband could positively impact health outcomes by allowing more individuals to access quality healthcare while helping doctors be more effective and efficient.

While I do not have time to elaborate on how important broadband has become to accessing job opportunities and trainings, providing independence and dignity to seniors living on fixed incomes, and maximizing the efficiency of other government agencies and programs, I will say that addressing the affordability barrier to broadband adoption is a key component of ensuring a whole host of positive outcomes for our country.

Lifeline is not a silver-bullet answer to the digital divide, but it has tremendous potential to dramatically change the landscape. We already have Lifeline infrastructure throughout the country that is helping families stay connected with telephone service. And according to comments that TracFone, one of the nation’s largest Lifeline providers, filed with the NTIA several years back, 90 percent of its SafeLink subscribers did not have home broadband access. In other words, we have mechanisms and agents in place to reach the unconnected. The question is whether we will activate them.

Lifeline already provides so many with a pathway out of poverty and a means to contribute to our economy and society. In fact, more than 4.2 million households represented by members of this subcommittee alone currently rely on Lifeline telephone service. Most of them surely need home broadband as well.

I will be forever grateful for the investments that this country made in my future, and I will fight for the rest of my life to give back and make this a better country for everyone in it.

Modernizing Lifeline for the digital age is, I believe, believe, one such fight.