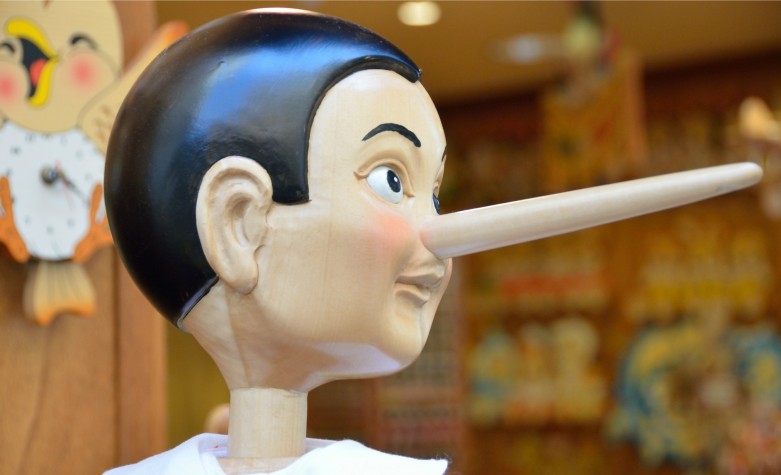 In the last few weeks at least five anti-Net Neutrality Op-Eds have appeared in newspapers around the country. These pieces strike suspiciously familiar notes — and in some cases use identical language.

All of this begs the obvious question: Did the phone and cable lobby orchestrate this wave of commentary opposing the Federal Communications Commission’s rules?

You be the judge. As evidence, I offer recent articles from David Balto, Clayola Brown, Joshua Davidson, Pat Ford and Pat Fong Kushida. You’ll see that each seems to have been written from an industry cheat sheet. Unfortunately, all of their talking points are wrong:

Crib Note 1: The FCC rule is an antiquated relic of the Ma Bell era.

Brown: “ ... the approach used by the Federal Communications Commission is a serious mistake. The FCC is regulating broadband as a ‘common carrier’ utility the way the ‘Ma Bell’ phone system was regulated decades ago.”

Ford: “ … reclassifying Internet providers as 19th-century Ma Bell utilities, as the Federal Communications Commission has done in its new net neutrality rules, is the wrong approach.”

Balto: “The Communications Act requires very light regulation for what are called ‘information services’ while allowing more stringent rules for ‘telecommunications’ such as the old Ma Bell telephone monopolies.”

Davidson: “ … an 80-year-old statute enacted in an age when the closest thing to a mobile app was a pen has given the FCC virtually unrestrained power to impose enormous burdens on the Internet.”

Actually:  The common-carriage standard the FCC used in its February ruling applies to any carrier that “holds itself out ... to carry for all people indifferently.” It’s a successful legal framework functioning across the U.S. economy today. Common carriage applies to wireless carriers (like Sprint) and more than 800 small rural carriers offering DSL and fiber access (like Iowa Network Services). It functions well in other competitive markets like airlines, private buses and parcel shipping. And it’s even the rule for department-store elevators and roller coasters. None of these businesses or services are antiquated utilities, nor are they monopolies. Many are profitable — some extremely so.

Kushida: “ … economists warn it will drive down investment we need to build faster new networks and continue growing the Internet economy.”

Ford:  “Many economists and labor leaders say the FCC’s rules will dramatically discourage Internet providers from making the investments needed to build better and faster networks.”

Brown:  “Many economists have said that these anachronistic rules could kill the goose that laid the golden egg and dramatically cut back the new investments needed for the next phase of the Internet economy.”

Davidson: “ … the FCC's decision will instead lead to higher Internet access fees, less investment, and, worst of all, less innovation.”

Actually: This ruling hasn’t hurt investment in the slightest, and there’s no reason to suspect that it will. Since the FCC restored these protections for Internet users in February, we’ve seen Comcast begin to roll out new gigabit fiber services to 18 million locations. Time Warner Cable has accelerated its network upgrades. And AT&T recently announced plans to double its deployment of next-generation broadband services.

Kushida: “Congress must step in and reverse course … getting together in a bipartisan way and acting to fix this dangerous mistake.”

Davidson: “That’s why many diverse voices — inside and outside the technology world — are calling on Congress to overturn the FCC action.”

Ford:  “Congress can protect both net neutrality and investment by overruling the FCC and passing new legislation.”

Actually: In 1996 Title II protections were authorized by a bipartisan vote in Congress, which recognized the threat posed by giving monopoly-minded access providers the ability to control content as well. The rules stand on a solid legal foundation to protect against such abuse, and they’re working. Broadband providers and Internet content companies are investing and innovating. Meanwhile, Internet users can rest easy knowing that the FCC will protect our rights to connect and communicate. Congress doesn’t need to fix a rule that isn’t broken.

If you see an Op-Ed in your local newspaper that repeats any of the crib notes above, I encourage you to write a letter to the editor and set the record straight.