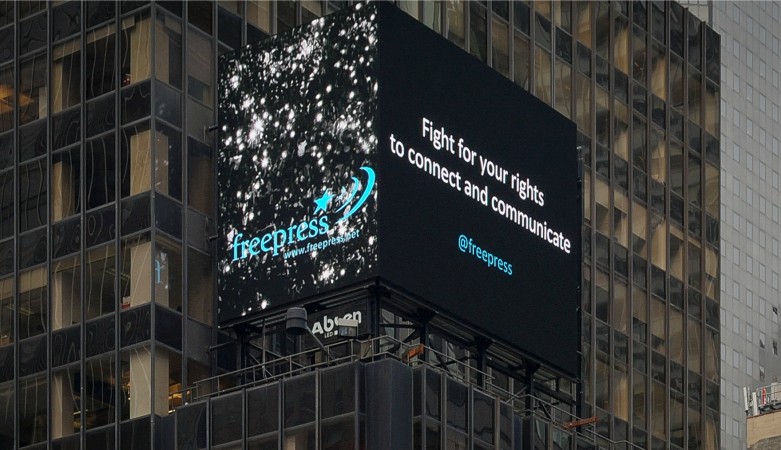 Free Press Takes the Fight for the Open Internet to Court

On Monday Free Press filed a joint brief in federal court with nearly two-dozen public interest groups, tech companies and consumer advocates in defense of the FCC’s historic Net Neutrality order. We “intervened” in the case, which means we joined the litigation as a party even though we’re not the ones getting sued. Intervening enables us to help defend the FCC’s authority against the appeals from big Internet service providers and their lobbyists.

Joining us as parties in the case were organizations including ColorOfChange.org, CREDO, Demand Progress, Fight for the Future, the New America Foundation’s Open Technology Institute and Public Knowledge, along with companies like DISH, Netflix, Tumblr, Vimeo, Etsy and Akamai.

The Internet Association, a trade group representing tech companies like Google and Facebook, filed its own brief. Twitter, Mozilla and Yelp got involved too, along with a bevy of First Amendment scholars, administrative law professors and several former FCC commissioners. More than 45,000 Internet users also signed on to a “People’s Brief,” demonstrating what the public has known for months: People everywhere support Net Neutrality, and the question of whether the rules should endure isn’t up for debate in the court of public opinion.

But thanks to the lawsuits from the big cable and wireless companies, the question is still up for debate in the courts of law. However, the FCC’s rules — unlike those the agency has adopted in the past — rest on the strongest possible foundation and arguments.

Internet gatekeepers like AT&T, Comcast and Verizon argue that the FCC didn’t have the legal authority to reclassify broadband as a Title II service. They’re dead wrong about that.

Some history: In 2002 the FCC made the misguided decision to classify broadband Internet access as an information service — meaning that ISPs could block or slow down websites and applications.

In essence, back in 2005 the Supreme Court affirmed the FCC’s authority to classify broadband as either a Title I or a Title II service. Now that the FCC has corrected course and gone back to Title II, the broadband behemoths that supported the FCC’s decision and the deference it got a decade ago have done an about-face and say the FCC has no power to make this decision.

Cable and wireless providers also complain that they weren’t given enough notice of the FCC’s intention to reclassify. This is an even stranger argument, since nearly 4 million Americans and the ISPs themselves weighed in on the debate with extensive comments to the FCC. They say they don’t believe the FCC was “seriously” considering reclassification. How many times must the FCC repeat itself to be taken “seriously”?

The ISPs’ arguments to the court hold no more water than the absurd investment claims they’ve been making in the press. We’ve been beating back these scare tactics and empty threats for months, and we’re not about to stop now.

We know the FCC did the right thing. By reclassifying broadband as a Title II telecommunications service, it protected the open Internet using the agency’s strongest legal authority. Broadband networks aren’t the same thing as the content that rides over them. So it’s the broadband providers’ job to transmit their users’ speech and content.

It’s the Internet’s free and open nature that’s allowed ordinary people and startups to bypass institutional gatekeepers and make their voices heard. Communities of color, rural residents and low-income populations — people with the most limited access to the traditional tools of political power — have mobilized for change using social media. Innovative new companies have been able to compete online with incumbent industry giants. These freedoms deserve fierce protection.

That’s why we stand with the FCC’s Net Neutrality order, and why we’ll keep fighting as long as it takes. Next up, the court will be hearing oral arguments in December. We’ll be ready.