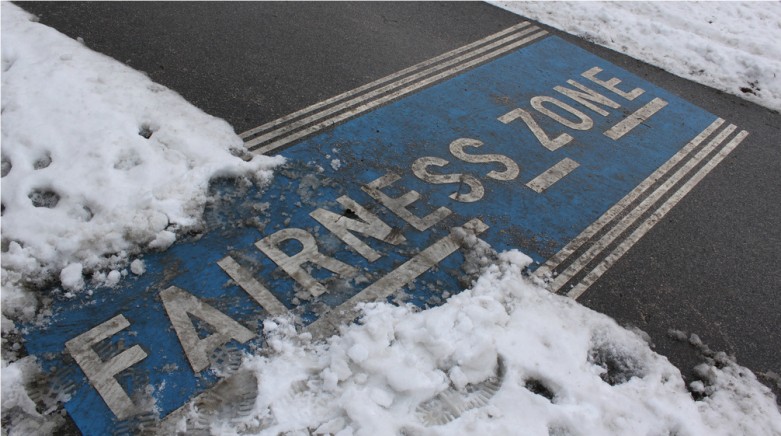 What Comcast Doesn't Want You to Know About Data Caps

Comcast wants you to believe that its latest push to control the Internet is about fairness. Last week the cable-Internet colossus expanded its plan to impose unnecessary broadband-usage caps on Comcast users in cities across the South.

That’s a bitter pill to swallow for the millions of Comcast customers who’ve already seen bills for the company’s cable bundle rise at many times the rate of inflation. Those hoping to save costs by cutting free of cable television altogether now face a Comcast-imposed scheme to choke out the popular trend of watching TV over the Internet.

Cord cutters be damned. Your monopoly-minded cable provider says its approach is all about fairness. But it’s not.

In documents leaked onto reddit last week, Comcast instructs its customer service representatives in how to spin the latest expansion of data caps. The reasons for the caps, the documents say, are “fairness and [the need to provide] a more flexible policy to our customers.” But what could be more fair and flexible than giving customers the unlimited data plan that many originally paid for?

The argument Comcast and other Internet service providers trot out is that streaming a lot of data hurts others on the network. Being a good neighbor means keeping the pipes open for others. For years access providers have insisted that caps mitigate any congestion that might crop up if you’re binging on Orange Is the New Black. Yet there’s absolutely no real-world evidence of congestion on wired networks.

Comcast admits as much. In the same leaked documents, Comcast tells customer reps NOT to say that “the program is about congestion management. (It is not).” This admission has gotten quite a bit of coverage over the last week, but the cable industry surrendered this phony congestion rationale years ago.

Former FCC chairman turned cable lobbyist Michael Powell said in 2013 that caps aren’t about congestion. That’s right: They’re all about making money for the cable company. Powell confessed that he and his colleagues were “wrong” to portray data caps as tools needed to alleviate congestion on behalf of users.

The data also prove that congestion on the “last-mile” of cable broadband networks is a myth. Surveys Cisco and Sandvine conducted in 2013 show that demand for data was growing at a measurable rate that didn’t exceed the capacity of existing networks.

Is a Lack of Competition Fair?

So if congestion isn’t the problem, how is imposing data caps fair? After it goes to the expense of installing a high-capacity broadband line at a customer’s home, Comcast incurs almost no additional cost in terms of how much data you use. Once that “pipe” is built, it’s cheap to operate.

Here’s the truth: Comcast is imposing these arbitrary limits and penalties on customers simply because it can.

Customers in Comcast markets have few to no other options for affordable high-speed wired-line access. According to the FCC, three out of every four U.S. households have no choice of providers for an Internet service that meets most people’s requirement for home broadband today (20 percent don’t have access; 55 percent have access to only one provider). In sum, most Internet users slammed with extra data charges have nowhere else to go for true high-speed access.

Comcast doesn’t want to meet consumer demand for more data — demand that’s driven largely by the growth in online video streaming and cloud-based applications — if satisfying customers’ wishes eats into its revenues for its cable-TV packages. And Comcast has gone to great lengths to frustrate the efficient delivery of the richer media streams its customers request.

Back in 2007, Comcast was caught red-handed blocking customers’ ability to use file-sharing services like BitTorrent, which allows people to share audio and video files. It has also refused to provide the technical support needed to enable customers to stream video content that they had paid for on devices of their choosing. And it has a history of interfering with customer efforts to stream Netflix.

Whom Do These Caps Really Harm?

Data caps are just the latest tools in Comcast’s decade-long drive to stifle the growth of streaming video and protect its pay-TV offerings. It’s a move that’s harmed its own customers the most.

So far this year, the Federal Communications Commission has received thousands of complaints from Comcast users. Many of the complaints concern billing errors and confusion about added fees related to data caps.

“I believe that [data capping] is unjust as we are using our internet connection for streaming TV shows and movies because we do not subscribe to cable. Comcast is in essence punishing us for not having a pay TV subscription with them,” writes one customer from Acworth, Georgia. “We are sadly the first pawns in the chess set to be taken down by Comcast’s arbitrary data limits.”

Data caps are having a very real impact on Internet users’ wallets and online behavior. That’s by design. Comcast’s aim is to load up broadband bills that are already too high. This practice has created unreasonable barriers to access for the many cash-strapped Americans seeking to get online.

The FCC has yet to investigate this problem thoroughly despite repeated calls to do so from consumer rights groups (including Free Press) and customers.

As more and more companies roll out data caps, the agency should take a deeper look at access providers’ justifications for their use. We need to understand the negative impacts that caps have on the affordability and openness of high-speed networks. Internet users demand it. The FCC should too.

That only seems fair.