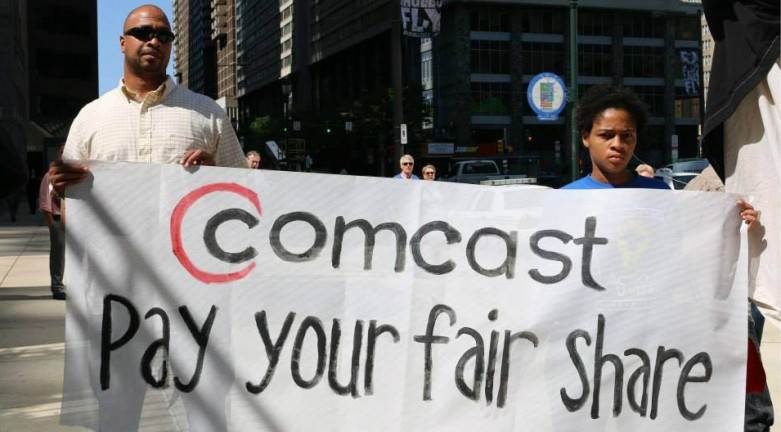 Joseph Torres delivered these remarks on behalf of Free Press at a Philadelphia City Council franchise hearing on Nov. 12, 2015. The outcome of the city’s negotiations with Comcast will determine how the company operates in Philly for the next 15 years.

Thank you, Chairman Henon and committee members, for asking me to testify today.

My name is Joseph Torres and I work for Free Press, a nonpartisan organization that advocates for media and telecom policies that serve a public good. We have close to a million activists on our list, including 8,000 in the Philadelphia area.

I am here today to urge the Philadelphia City Council to adopt a franchise agreement that removes the barriers so many poor families face when seeking affordable, high-speed Internet service.

Lawmakers across the country increasingly recognize the need for action to increase broadband adoption.

Earlier this year, President Obama said “access to high-speed broadband is no longer a luxury; it is a necessity for American families, business and consumers.” He directed federal agencies to focus on broadband deployment, competition and adoption.

We believe a primary reason that about a third of the U.S. population and a third of Philadelphia residents remain unconnected is a lack of competition, and a resulting absence of affordable service.

As a growing number of households cite price as the main barrier to adoption, the operating margin on broadband for large cable companies like Comcast is 60 percent.

High prices make for a persistent digital divide that harms the most vulnerable populations.

This is why we support the efforts of local residents and the CAP Comcast campaign to close those divides.

We commend the Council and Comcast for tentatively agreeing to expand Internet Essentials to low-income seniors, people with disabilities and veterans.

But we join our allies in calling for further expansion to include those who are eligible for programs like Lifeline, Medicaid and food stamps. Comcast should remove burdensome eligibility barriers that prevent many residents from signing up if they fail to pay a Comcast bill, or if they do not have a child who qualifies for a free school lunch.

And while adoption programs like Internet Essentials play an important role at chipping away at the digital divide, they’re not a substitute for comprehensive policies to improve broadband choice, lower prices, and combat the impacts of structural inequality and poverty.

Internet access is critical to the health and well being of Philadelphia and the city’s most vulnerable communities.

The City Council has a unique opportunity to take major strides toward eliminating the structural barriers that prevent so many people from getting broadband.