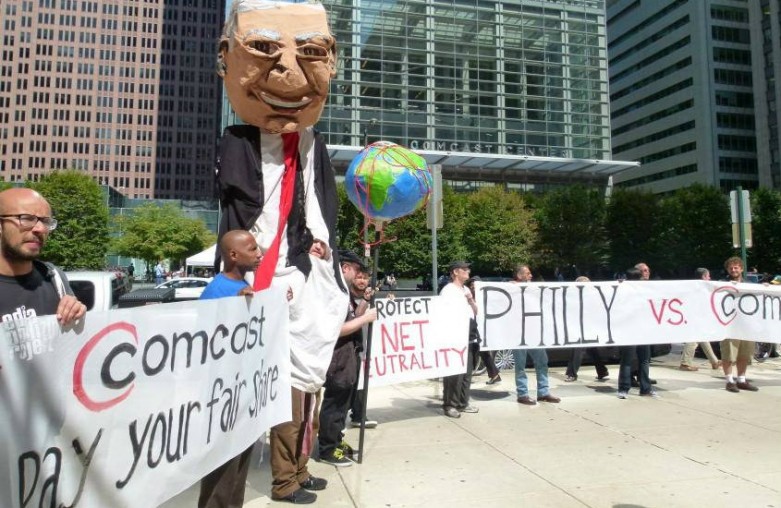 After living with Comcast’s poor corporate citizenship for far too long, Philadelphia answered the call to hold its hometown cable giant accountable in this year’s franchise negotiations.

Our friends at the Media Mobilizing Project (MMP) led organizing efforts through its CAP Comcast campaign. In a series of hearings before the city council, MMP didn’t back down from its demands that Comcast commit to providing more funding to Philly schools, giving workers a living wage and taking steps to close the digital divide.

This makes Philadelphia’s cable franchise a model for other communities across the nation.

Grassroots efforts earned the city a significant expansion of the Internet Essentials program to include low-income seniors, as well as a loosening of the requirement that families turn off broadband service for 90 days to qualify for the program. Comcast has also committed to providing resources for technology education in Philadelphia schools and to ensuring basic living-wage protections for all its local employees.

The franchise agreement isn’t perfect — insufficient funding for public access television has left great organizations like PhillyCAM in the lurch — but its successes are inspiring. Seattle has already used the victory in Philadelphia to demand additional commitments from Comcast in its own franchise negotiations.

As more cities follow suit, we could see the beginnings of a national movement to hold big cable providers accountable to the communities they’re supposed to serve.