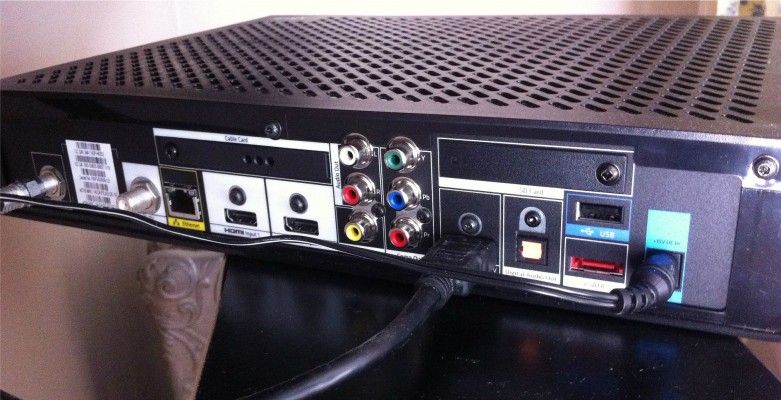 During the 1970s, many people of color viewed the emerging cable industry as the last chance to create a just media system for their communities.

Back then, the Urban Institute’s Charles Tate called the industry “the last communications frontier for the oppressed.”

But nearly 50 years later, the hopes many once had have not come to fruition.

That’s why an action the Federal Communications Commission just took on cable set-top boxes is a major step — and one that could significantly increase the amount of video programming made by and for people of color.

A federal agency proposing rules to expand competition in the set-top box market might not sound like a big deal, but here’s why it is.

Two decades ago, Congress passed legislation that was supposed to pave the way for third-party manufacturers to sell set-top boxes to mass audiences. But this market failed to develop.

But the new FCC rules should unlock the cable set-top box. The Commission’s proposal should make it easier for third-party set-top boxes and devices to integrate content from all of these sources seamlessly. That means customers will be able to watch their pay-TV programs along with streaming video from online sources, big and small.

This would be a critical step for independent producers, including people of color who have historically been kept off the cable lineup — and are still struggling to find a place there today. The FCC action will enable viewers to choose programming from a wider range of sources. Independent programmers will have the opportunity to find a foothold and grow their audiences.

Opening up the set-top market, however, doesn’t guarantee programmers of color will find success. A recent Op-Ed from Eric Easter, the chairman of the National Black Programming Consortium and the CEO of video-streaming service BLQBox, expresses support for the FCC action while sounding a note of caution:

Most new channels will struggle to find a revenue model and fail before it gets figured out. That’s how business works.

An open system could mean that two guys in their basement could create a new set-top software model that makes it easier for anyone to launch a new channel, and out of those new channels, a few smart people are going to get it right — without a cable system deciding whether one is worthy to reach an audience.

In a letter to FCC Chairman Tom Wheeler, Stephen Davis, who founded the Black Education Network two decades ago, writes that “obtaining ample carriage on cable systems proved to be an insurmountable barrier to our long-term success.”

Large cable providers refused to carry the Black Education Network, claiming that “there was no market for positive, uplifting programming targeting the African-American community.”

Had the FCC taken action back then, Davis says, his network “would have had access to millions of viewers, an ability to charge for content and the opportunity to compete as equals in the video-programming marketplace.”

“If you have a good program idea, some financing and access to the Internet, you can find your audience,” Johnson recently wrote. “But your audience can find you only if they have a modem or a set-top box or software that lets them know you are there and gives them access to your programs unconstrained by the network gatekeeper.”

The set-top box debate reminds us of how many in the ’70s-era civil rights community expected cable TV to revolutionize the media landscape.

“The potential of cable television is beyond imagination,” William Wright of Black Efforts for Soul in Television said at the time. “With the increased number of channels possible with cable TV, we should make certain that some of those channels are set aside for us. It is fantastic what we would be able to do with them. We could begin to communicate with each other, something we desperately need to do.”

Opening up the set-top box to innovation has the potential to finally open up opportunities for people of color to create and distribute their own content — and tell their own stories.

“That is the promise of innovation,” writes Easter. “No promise of winning, but a shot to try on a more even playing field.”