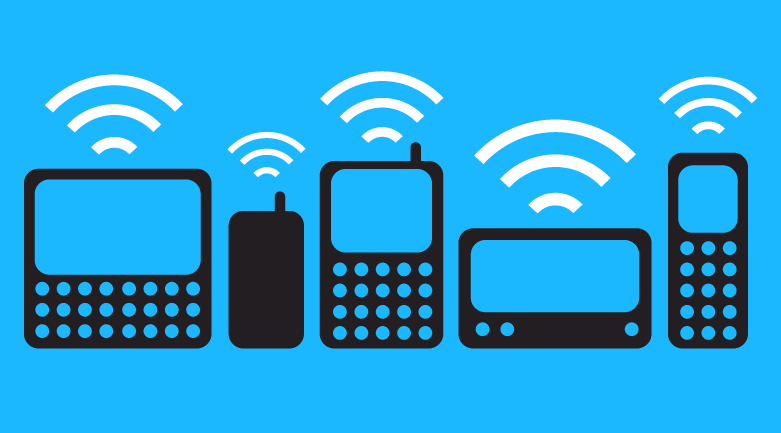 Not Neutrality: The Netflix Scandal That Isn’t

News broke Thursday that Netflix has been throttling video streams for its own customers when they’re watching on mobile devices and networks.

(There’s a paywalled Wall Street Journal story on this — more on paywalls below — and a Washington Post follow-up.)

Netflix responded with its own post, staying away from the term “throttling” but revealing that its “default bitrate for viewing over mobile networks has been capped globally at 600 kilobits per second.”

Is that a good thing for Netflix users? Maybe, maybe not. But whatever it is, it’s not a Net Neutrality violation. Plain and simple. Anyone who tells you that it is — or that this practice undermines the case for Net Neutrality rules — is either in the business of misleading you, woefully ignorant of the law, or both.

Netflix suggests it was doing this to spare wireless users from burning through their carrier-imposed data caps. That’s not a bad idea, but it’s still off-putting. If Netflix was limiting transmission speeds and picture quality for its users without telling them, as appears all too likely, that’s a bad thing. Period, full stop. Companies should be transparent with their customers and empower them to make their own choices.

But here’s what Net Neutrality detractors and the shills paid to attack the whole idea of an open Internet never seem to grasp: Something might be bad for Internet users, or for consumers more generally, without being a Net Neutrality issue. Net Neutrality is a hugely important concept, but there are other consumer-protection laws on the books at the FCC and elsewhere.

You have to understand what Net Neutrality rules and common-carrier laws guard against before suggesting they should apply here. I get why the incumbent cable and telephone lobbyists try to muddy the waters with an argument that boils down to shouting the word “Internet!” and the claim that everybody should be subject to the same rules. It just isn’t persuasive.

While Net Neutrality opponents often falsely equate the two, the content on the Internet isn’t the same thing as the wire that connects you to it. And regulating those wires (or wireless signals) that carry content to you isn’t the same thing as regulating the content itself. Congress in its wisdom wrote laws that protect people from unreasonable practices and discrimination by carriers. Congress modernized these laws on an overwhelmingly bipartisan basis at the start of the Internet era.

That’s because we’ve always had — and still need — a telecommunications network that’s regulated, to some degree, to prevent carriers like Comcast from interfering with our speech. That’s not the same thing as the FCC (or any other governmental entity) regulating the speech itself. We have a regulated phone network, but the FCC doesn’t dictate what you and I say to each other on the phone.

Let’s take this Netflix story offline for a moment and think about it in the physical world. Imagine that a movie theater is showing films at lower resolutions without telling people that it’s reducing the quality and killing high definition. The practice itself might or might not harm the theater’s patrons, and failing to disclose it to them seems unfair. Whatever it is, though, it’s not the same kind of problem as someone blocking the roads to the theater to force people to go to a different movie house.

The metaphor about the FCC being the “traffic cop on the beat” when it comes to Internet access is an overused one, but it makes a lot of sense here. The FCC’s job is to ensure that the pathway is clear of unreasonable roadblocks, not to determine or dictate the content of the conversation once you arrive at your destination.

There’s great irony in the talking points you’ll see and hear today from faux-outraged cable and telco execs, as well as the lawmakers they’ve gotten to parrot those tired points. These companies and their hired guns have spent a ton of time and money perpetuating the myth that Net Neutrality means the FCC is “regulating the Internet.”

But as soon as it benefits their bottom line, these broadband providers are glad to lurch into the argument that the FCC should indeed regulate the Internet by going after websites and other content providers like Netflix. “Don’t regulate the Internet … unless we tell you to!” They’ll say whatever they need to benefit their businesses, and they just hope no one notices the hypocrisy.

The Net Neutrality rules don’t exist to regulate the relationship between Comcast and Netflix, or the relationship between any other cable giant and any other Internet giant. The rules exist to preserve your right to say what you want and go where you want online. They prevent broadband access providers from interfering with that right. But they don’t apply to what any website, application maker or individual user says to you when you get to that destination.

So if the Wall Street Journal wants to put its story about this development behind a paywall, that’s not an open Internet violation, just like Netflix limiting its own speeds isn’t. For purposes of our communications laws and Net Neutrality in particular, who’s making the decision to limit speeds or access makes all the difference in the world.