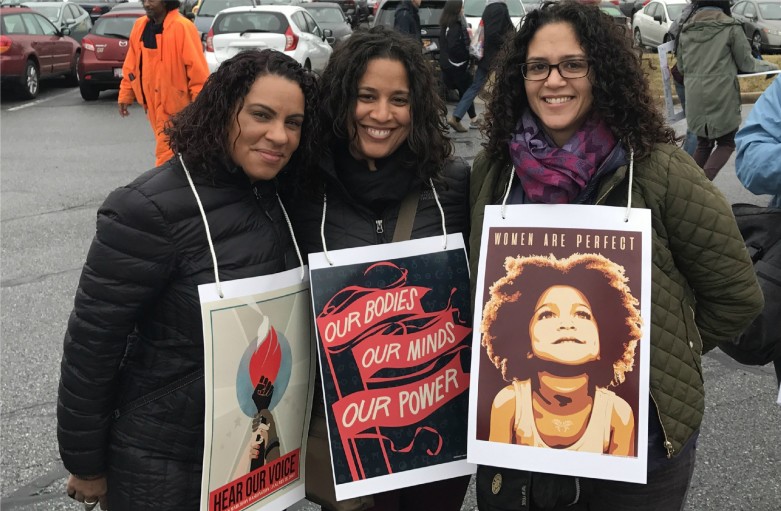 I Have to Keep Resisting. There's No Other Choice.

Yesterday I woke up feeling anger, fear and despair.

Our new attorney general is a known racist who has shown hostility toward people of color, women, immigrants and the LGBTQ community throughout his disgraceful Senate career. The reality that this man now has the power to change the Justice Department’s priorities, impacting everything from civil rights and police reform to voting rights and protections for the LGBTQ community, is frightening to say the least.

I felt so angry about the confirmation of Jeff Sessions that I had to fight back tears. Tears of anger. Tears of fear. Tears of helplessness. I feel like every day I’m slipping deeper into an abyss, like I’m in a coma but fully awake. Where alternative realities (and facts!) are normal. And the resistance somehow feels less powerful now that Sessions has been confirmed. It's been only three weeks since Trump took office!

I know that’s not fair or even accurate to say: So many people are out there fighting back, daily, and harder than I have been. I’m grateful for their persistence. It's those stories that lift me up when I start to feel like the resistance is futile.

So when I start to feel helpless, I remind myself that this struggle is not new to America. That our ancestors were here, fighting these same fights, and helped create the America that I grew up in and love. And while it's frustrating that we’ve been set back what feels like 100 years, the people have risen before and I need to remind myself of this today.

I have to keep resisting. There’s no other choice. My rights as a woman and as a person of color are being threatened daily and if I don't speak up then I’m part of the problem. My only option is to be a part of the solution.

That’s why I attended the Women's March on Washington in January. I needed to send a message to Trump that my voice would not be silenced, that my body is my own, that my immigrant brothers and sisters belong here just as much as anyone else, that the undocumented children in this country are just as much our future as the children who were born here, and that America was already great.

So when Trump put forth legislation targeting immigrants and refugees, I attended an emergency rally for immigrant rights in my local community and urged Mayor Domenic Sarno to make Springfield, Massachusetts, a sanctuary city.

Among the speakers was Claudia Quintero, an immigrant and Western New England University law student, who spoke out in solidarity with undocumented immigrants in the Pioneer Valley. “I am an immigrant, I was a DREAMER, I was undocumented until I was 17 years old,” Quintero said. “I became a naturalized citizen four years ago ­— I took the oath and I pledged to the United States of America, but not for this. I did not agree to this.”

I don't agree to this either and I stand by all the Claudias of America.

But my activism won't end there. I know there will be plenty more opportunities for me to keep fighting back.

In fact, at Free Press we’re resisting every day — and our 100 Days of Disruption Campaign is putting Trump and his collaborators on notice.

We’re facing a fascist presidency complete with attacks on a free press and the open internet. And while not every action we take today will lead to an immediate win tomorrow, we must continue to fight the daily battles if we are ever going to stand the chance of winning the war. Each day we must push back and remind Trump and his cabinet that we refuse to live in a country where we are stripped of our civil liberties, where organizations like the Corporation for Public Broadcasting are privatized, where consumer protections and safeguards are eviscerated, and where surveillance goes unchecked and corporations restrict our ability to connect and communicate.

So today as I find my renewed energy to continue to resist, I ask that you join me in the fight for justice. Don't let Trump and his enablers in Congress, industry and the media take away our freedoms, normalize hatred or threaten the safety of our friends, families and neighbors. Together we are stronger.