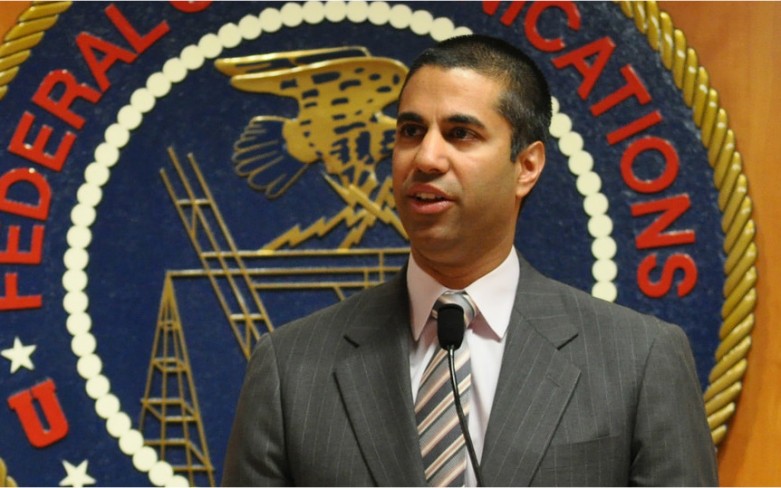 Decoding the Doublespeak of Chairman Pai

This piece originally appeared in The American Prospect.

Ajit Pai, the president’s pick to lead the Federal Communications Commission, was pilloried by the New York Times and Washington Post editorial boards last week after his agency released a rapid-fire series of rulings in a move that resembled Trump’s rush of executive orders. Chairman Pai’s directives, which he issued with zero public input, undermine the open internet and undercut the agency’s Lifeline program, which is designed to make the internet more affordable for families with low incomes.

Pai’s attack on Lifeline drew a swift response. A series of letters from dozens of Democrats on Capitol Hill asserted that Pai’s move to prevent nine internet service providers (ISPs) from serving Lifeline participants was “unfairly punishing” families in need.

Pai managed to draw criticism on the same Sunday from two of the nation’s most prominent and influential newspapers, even as members of Congress piled on. But the condemnation is justified: Pai has long served the interests of massive phone and cable companies, while shafting those ordinary Americans of whom Trump claims to be so fond.

“Many of Mr. Pai’s moves would hurt the people who have the least power,” wrote the Times’ editors. “Congress created the FCC to help all Americans obtain access to communication services without discrimination and at fair prices. Mr. Pai’s approach does exactly the opposite.”

The Post noted that Pai likes to talk the talk of bridging the digital divide — during his first speech as FCC chairman, he said it would be a top agency priority. But when the FCC released his anti-Lifeline action days later, “he opened another gap,” wrote the Post, “this time between his words and his actions.”

It’s the sort of head fake that’s familiar to those who’ve followed Pai’s career as a lead apologist for the phone companies he once worked for — and still serves.

This list of Pai’s miscues on key policy issues is a good indicator of the many harmful directions the new FCC chairman will lead the agency in during the Trump years.

Pai on the 2015 Net Neutrality Proceeding

“[The ruling is] President Obama’s plan to regulate the internet. ... Was this proceeding ‘one of the most open and transparent in Commission history’? Not in the least.”

While Pai has said he supports a free and open internet, he’s been one of the most vitriolic opponents of the rules that were put in place to keep it that way. Pai offered a lengthy dissent when an FCC majority passed the agency’s historic Open Internet Order in 2015. In subsequent statements, he claimed the ruling was part of an elaborate Obama conspiracy to “regulate the internet.”

In truth, the rules aren’t internet regulations but a set of regulations to govern broadband providers like AT&T, Comcast and Verizon. And these companies no more constitute the internet than a company like Georgia Pacific constitutes the forest. The FCC’s decision reclassified broadband providers under an existing law that preserves the rights we’ve always had to defend ourselves against communications carriers bent on interfering with our speech.

Pai’s complaint about the openness of the FCC’s process is a smoking gun with no smoke and no gun. The agency made its legal decisions based on thousands of pages of public-record evidence, and took into account the nearly 4 million comments from internet users, all to return to a foundation built on decades of solid law. All of those records are available to anyone with an internet connection and the gumption to search the freely available archives at FCC.gov.

Pai on the Threat to an Open Internet

“[Net Neutrality] regulation was a solution that wouldn’t work for a problem that didn’t exist.”

Pai isn’t alone in making this questionable claim. Calling Net Neutrality a “solution in search of a problem” is a favorite talking point of phone- and cable-company lobbyists and their many paid surrogates. The principle that protects the open internet is irrelevant, they claim, as blocking has never, ever happened. And if it did, the story goes, market forces would compel ISPs to correct course and reopen their networks.

In reality, many providers both in the United States and abroad have violated the principles of Net Neutrality — and they plan to continue doing so should Pai’s FCC refuse to enforce the open internet protections.

Whether it’s Comcast blocking access to peer-to-peer technologies (2005), or AT&T forcing Apple to block Skype and other competing VOIP phone services (2007–2009), or Verizon Wireless blocking people from using tethering applications on their phones (2012), or any other of the multiple instances in which ISPs have taken away internet users’ right to choose, there can be no question that the problem exists.

And an argument a Verizon attorney made in 2013 before a panel of judges underscores the way ISPs view the internet. If it weren’t for the Net Neutrality protections, the attorney said, Verizon would be actively pursuing arrangements to prioritize certain types of internet traffic while downgrading other websites and services. Verizon even told the court that the company should have the power to edit the internet — suggesting that ISPs are like newspaper publishers, with the power to pick and choose what their broadband customers and others are allowed to say online.

“Growth in broadband investment has ... flatlined.”

“We need to fire up the weed whacker and remove those rules that are holding back investment, innovation, and job creation ... [Net Neutrality’s] days are numbered.”

In the year following the 2015 order, he often cited a single piece of analysis on broadband-provider capital expenditures as proof that the rules harmed investment. But that analysis was provided by an industry-paid operative with a long track record of cooking numbers to suit the policy agenda of large phone and cable companies. In this instance, his analysis selectively removed some capital spending, ignored more legitimate reasons for declines in some individual companies’ investments, and dismissed the large investment increases that other companies had made.

Any economic analyst worth her salt will tell you that it’s a fatal flaw to build a conclusion on cherry-picked data. More honest analysis in this sphere considers what every broadband provider is doing, including what they’re saying to their shareholders and to the Securities and Exchange Commission. If Pai had followed this kind of rigorous analysis, he’d have noticed that no company told its shareholders that the 2015 order harmed investment. Indeed, many new fiber and 5G wireless deployments began after the 2015 order, and continued after the D.C. Circuit upheld the rules against a legal challenge from these same companies in 2016.

To be sure, aggregate investment may decline in some years, relative to pre-2015 levels. Investment projects come to completion eventually, and no cable or phone company builds a network one year only to build it all over again the next year. But this in no way proves that companies are curtailing investments because of Net Neutrality fears; they’ve made that explicit with their spending decisions and in their numerous public statements to investors and the media, which Chairman Pai has chosen to ignore.

“Instead of respecting ... common sense ... the FCC tilts the regulatory playing field by proposing to impose more burdensome regulation on internet service providers, or ISPs, than the FTC imposes on so-called ‘edge providers.’”

Pai dissented when the agency adopted common-sense safeguards for everyday internet users. In this case, the FCC gave people more choice over whether and how broadband providers use their private information.

Under any sensible interpretation of the communications laws that govern the FCC, the companies that carry all of our speech online have no business profiting from the information they gather without our consent. But Pai chose to spin a reasonable response from the Wheeler FCC as a type of crony capitalism that favors companies like Facebook and Google at the expense of poor neglected ISPs like AT&T and Comcast. To be “fair,” according to Pai, you had to ignore the privacy rights Congress granted to people who might want some control over the way phone and cable companies package and resell their private information.

internet users may be able to choose search engines, email providers and social-media services that reflect their privacy preferences, but there’s no effective competition among broadband ISPs, nor much room for entry by new carriers trying to reach privacy-conscious consumers. Access providers exploit their bottleneck position to collect nearly every detail about who we talk to, what we do and say online, and — thanks to location tracking — where we do it.

And most importantly, it’s not a question of whether Facebook and Google are threats to privacy. They are. But that’s no reason to ignore the laws that protect people’s privacy from ISPs, out of some misguided sense that the FCC has to abdicate its responsibilities to be “fair” to companies it has clear jurisdiction to regulate. Without the protections the FCC put in place under Pai’s predecessor, even the savviest consumers would be unable to fully protect their online privacy from prying eyes.

Pai on Offering Affordable Broadband to Those in Need

“If we are going to refocus Lifeline on broadband, our goal should be increasing broadband adoption — that is, helping Americans without internet access across the digital divide, not supporting those who have already made the leap.”

In his first speech as FCC chairman, Pai pledged to “bring the benefits of the digital age to all Americans.” But within days he was marching to another tune, hobbling one of the main programs the FCC had designed to fulfill that promise.

Lifeline exists to help low-income families, allowing them to connect and communicate without having to make difficult choices about how to allocate scarce resources. Those choices are exactly what Pai’s unlawful (and immoral) approach to universal service fails to recognize. Broadband adoption and affordability issues are not a simplistic on/off switch; they’re intrinsically tied to people’s overall income and spending choices.

In our 2017 report Digital Denied, Free Press explored the digital divide in depth. While Pai insists that many internet non-adopters are capable of paying these costs out of their own pockets, our findings prove otherwise. Among home internet non-adopters within the $35,000–59,999 income bracket, 22 percent cited “can't afford it” as their reason for not adopting. Within that same income bracket, 25 percent said they’d be willing to subscribe if prices were lower.

The root cause of the adoption gap is the lack of affordability, and that’s primarily the result of a market with inadequate competition and  too few affordable choices.

Pai’s solution, absent Lifeline benefits, is to give significant tax breaks to the handful of powerful ISPs that control the broadband-access marketplace. Sacrificing tax revenue to fund the construction of gigabit networks in below-average-income neighborhoods — despite the fact that most of these deployment projects are underway even without any such tax giveaways — does nothing to make these services more affordable to any of the 69 million people who still lack any form of home internet access.

And Pai’s proposal doesn’t even begin to address the difficult choices that far too many people are forced to make. Families in great need may choose to spend their limited dollars on housing, heat or food. Those who do sign up for broadband to look for jobs or let their kids do their homework may have to give up buying enough of those other essentials every month just to keep the internet connection on.

Helping all Americans get connected to an open and affordable internet involves more than delivering empty speeches. And handing out favors to a few powerful broadband incumbents certainly isn’t the answer. But so far, Pai has given us little reason to believe he’s interested in doing anything other than that.

No FCC chair over the past 40 years has been so bent on undermining the agency’s public-service mission and destroying the safeguards on which hundreds of millions of people rely.