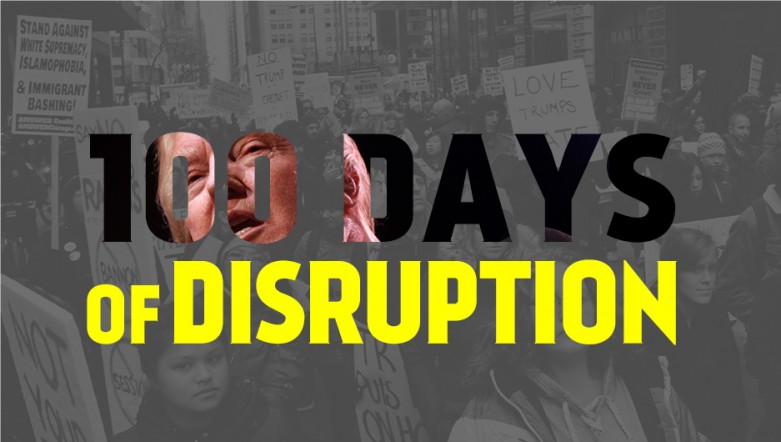 Power the Resistance: Join the 100 Days of Disruption Campaign

We’re more than halfway through the first 100 days of the Trump administration, and — spoiler alert — it’s been an all-out disaster.

Trump and his cronies have attacked just about every basic tenet of democracy, from the independence of the federal judiciary to media access within the White House. They’ve created hateful policies and used despicable language — and there’s been a spike in hate crimes since Trump’s election. When two Indian engineers in Kansas were murdered, the president took over a week to condemn the hate crime.

In times like these, we need every single person of conscience to rise up and resist. No action is too small in the fight for human dignity.

That’s why Free Press launched the 100 Days of Disruption — a campaign that provides you with a suggested action of resistance for each of the Trump administration’s first 100 days.

In the past few weeks we’ve taken a range of actions, including:

It’s a challenging time, but we’re up for the fight.

Join our army of digital disrupters and we’ll tell you about phone calls you can make, protests you can go to, articles to read, videos to watch, organizing opportunities and more.

Trump may be in the White House, but power ultimately belongs to the people. We have to make our voices heard.